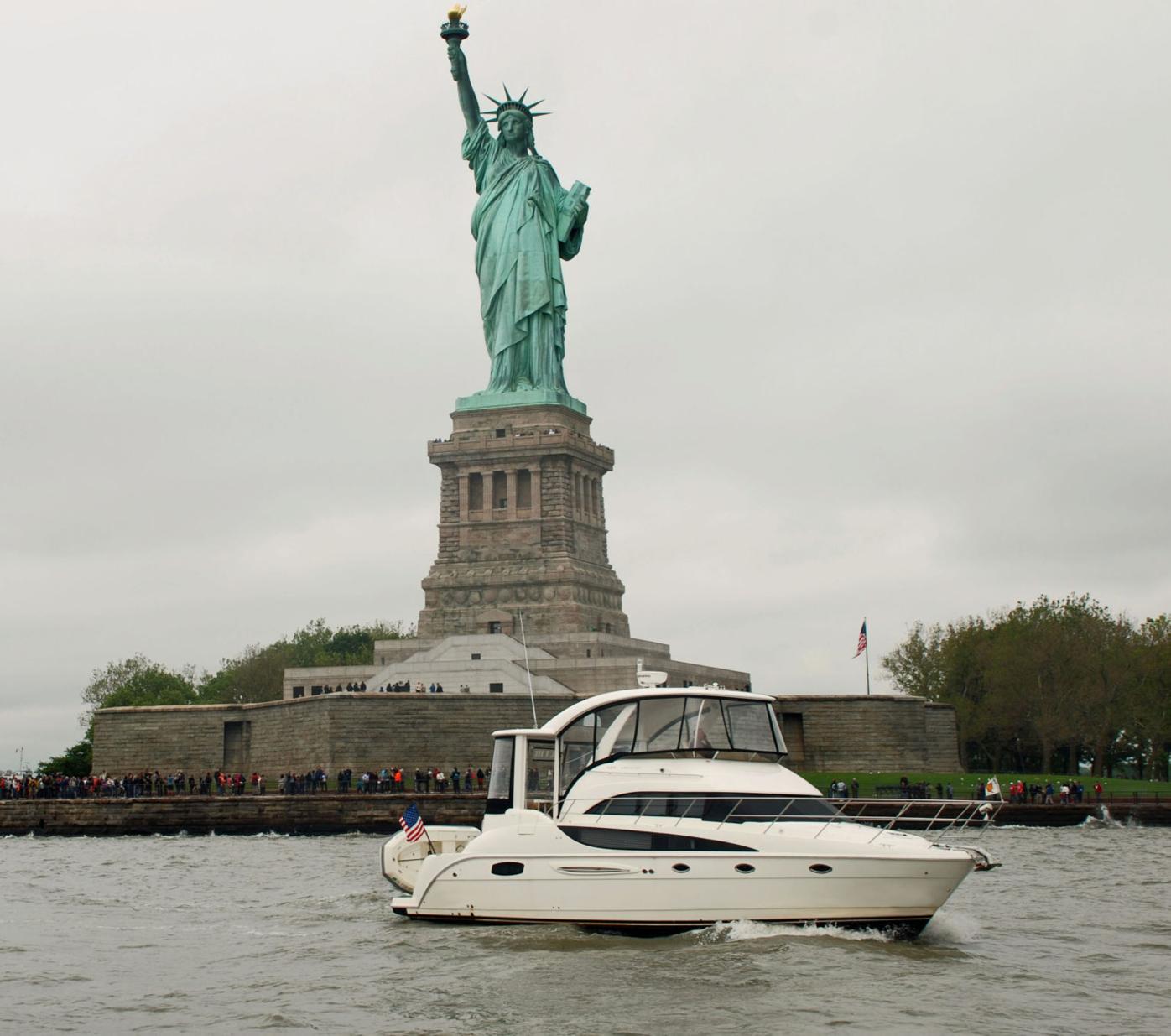 Jeff and Susan Ginnow pass by the Statue of Liberty in their boat ACT III. 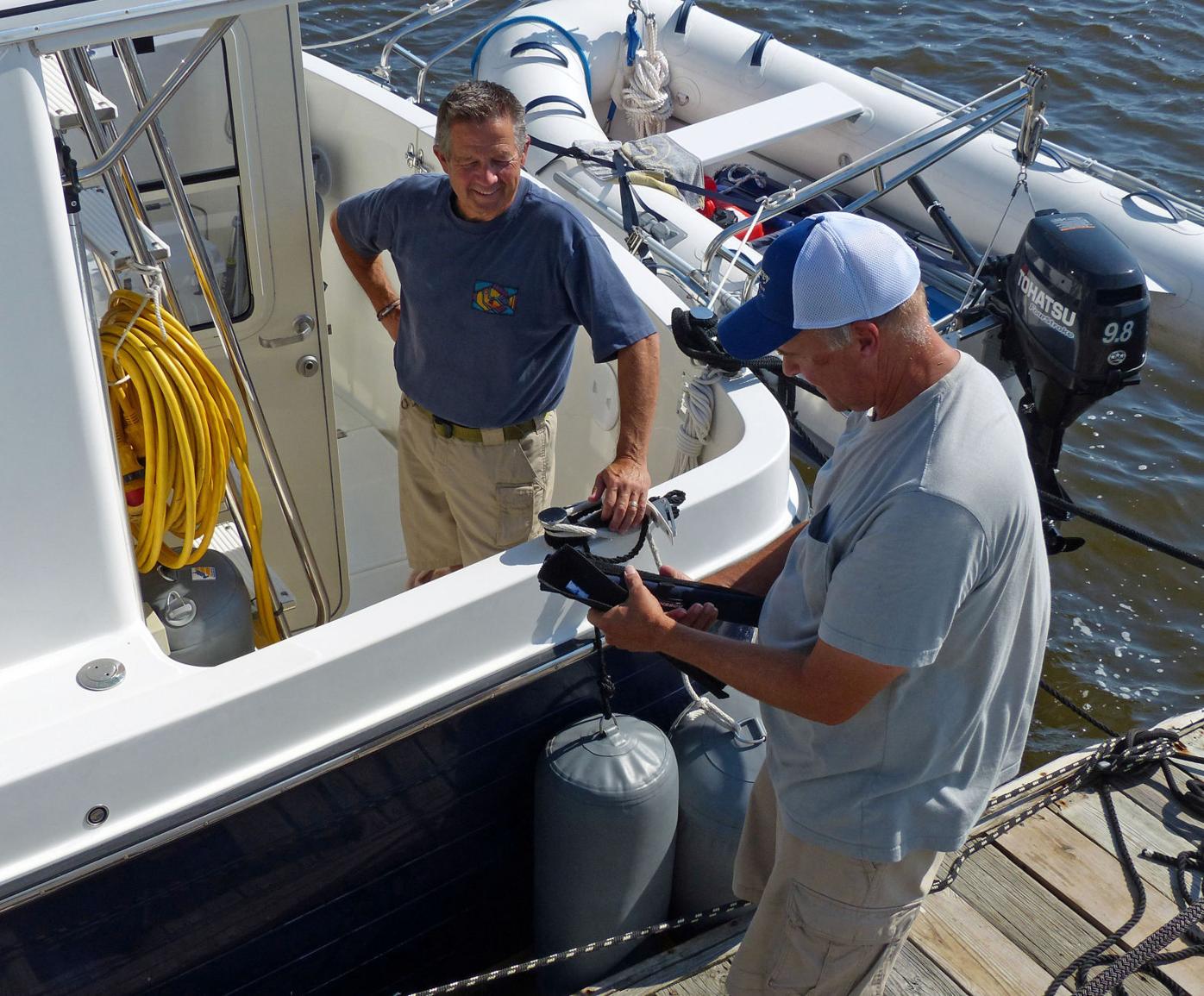 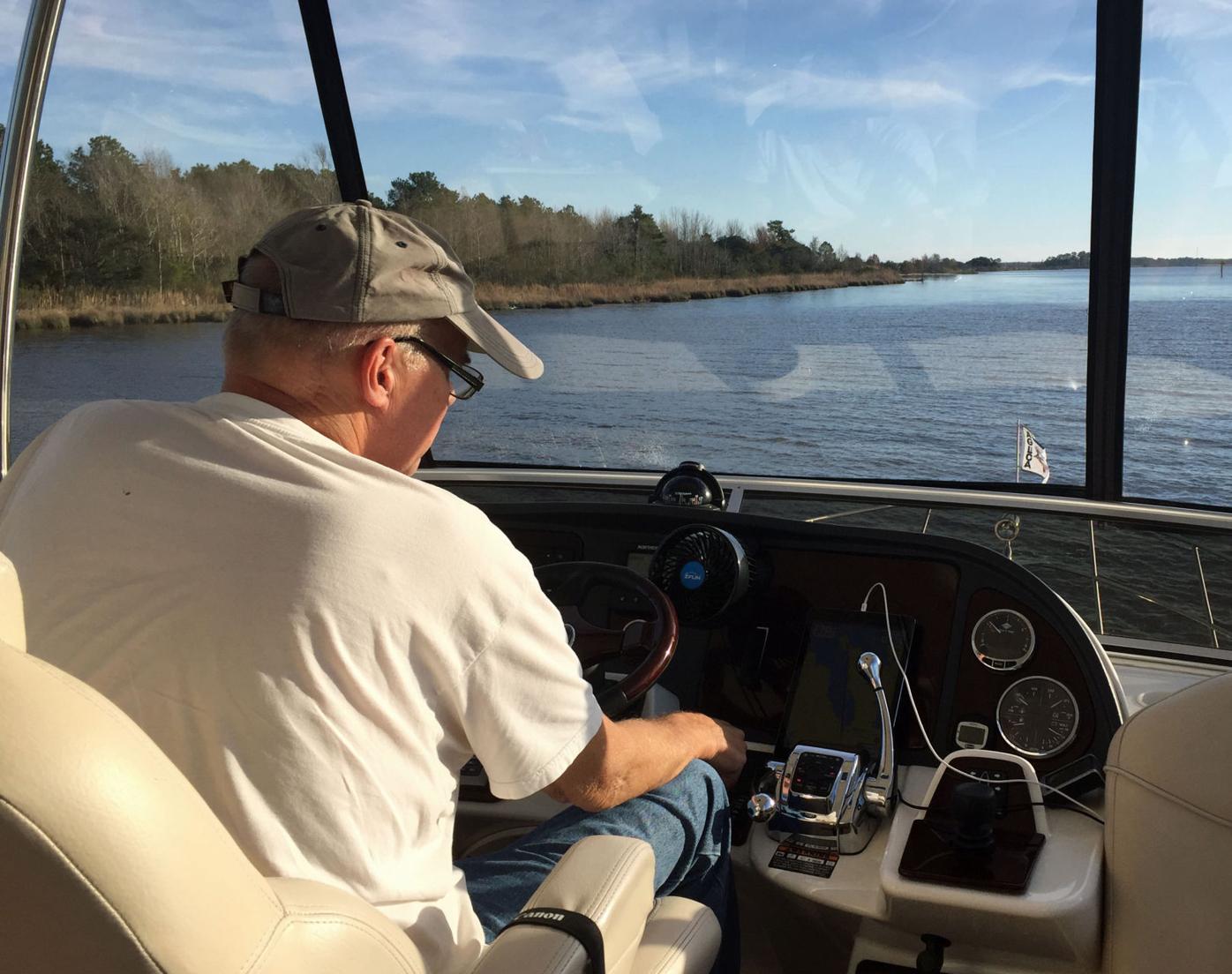 Jeff and Susan Ginnow pass by the Statue of Liberty in their boat ACT III.

Tellico Village is home to numerous people with unique life experiences, but two couples in particular stand out after traveling a large part of North American waterways for nearly two years.

Jeff and Susan Ginnow and Rob and Sandy Stillwell successfully completed in 2017 a circumnavigation of the Great Loop, which is a 6,000-mile route along the eastern United States coast and parts of Canada.

Rob first heard about the Great Loop in 2010 and did extensive research before he and Sandy decided to make the trip.

“I actually got hung up with a health issue, and I was sitting in a recliner with way too much time on my hands for a couple of months and happened to be stumbling around on the internet,” Rob said. “The Great Loop became a great fascination of mine through just stumbling upon it by accident, and I had been involved in boating for most of my life. I spent probably the next two or 2 1/2 years trying to figure out how we were going to buy a boat, if this was something I was going to be able to do and if this was something I could comfortably talk Sandy into doing. We finally decided we could make this happen.”

The couples decided to set sail in September 2015. The Ginnows started in Knoxville and the Stillwells took off in Chattanooga. As “fate would have it,” the couples met up for the first time in South Florida and hit it off immediately.

They shared experiences in small towns and big cities along the way. Some of the more memorable sights were cruising past the Statue of Liberty on the Hudson River, spending time in New England and navigating through scenic parts of Canada.

“It might sound like we spent all day, every day on the water, which isn’t frankly true at all,” Jeff said. “Even if you worked it out to how far you have to go on average, you would only have to travel probably one out of three days. For six weeks or so, we stayed down in Florida for the winter and that kind of stuff. Up in the Chesapeake Bay, I mean some days we would only move for four or five hours. Some days it was a couple of hours and some days it was an eight- or 10-hour day. Generally speaking, we stopped in some little, small town and some of the more larger towns. We were in some little town, some little city that none of us have been to before.”

“It’s just the adventure of it and seeing all the new places all the time,” Sandy added. “It’s like sightseeing almost every day.”

The trip also had its fair share of challenges and risks.

The Ginnows and Stillwells traveled 10,000 miles and completed the trip in October 2017. Both couples said the conclusion of the trip was bittersweet.

The Stillwells decided to move to Tellico Village with the Ginnows several months after the trip. All four remain best friends.

“The thing that gets repeated most about the Great Loop is that the highlight of everyone’s experience is all the people that they meet and all the wonderful friends that they make,” Rob said. “What was special for us is that we were lucky enough to find lifelong friends, and friends that we were happy enough to follow them to Tellico Village to decide to live here for the rest of our lives.”