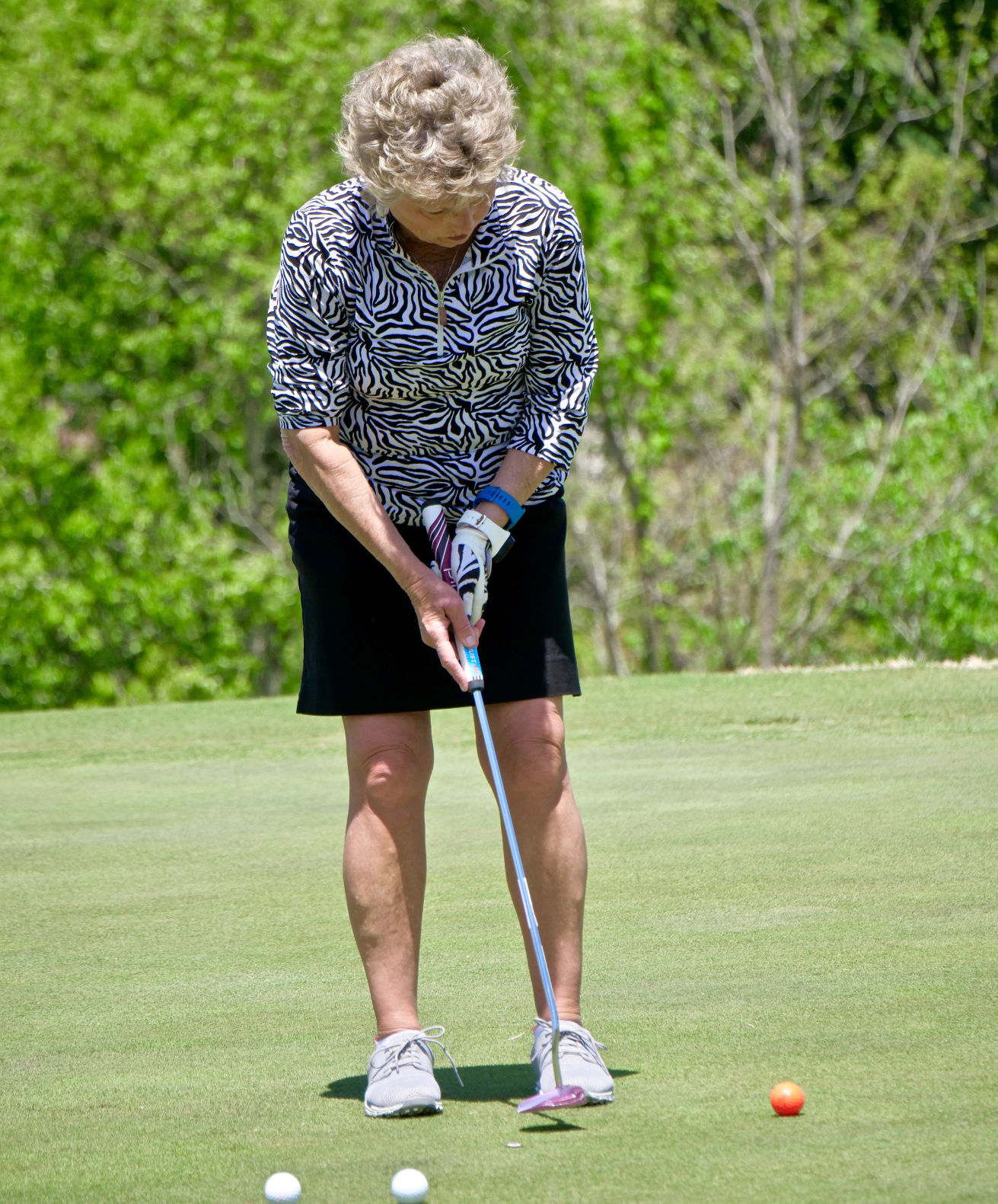 Mona Sagan attempts a putt during a tournament at The Links at Kahite. 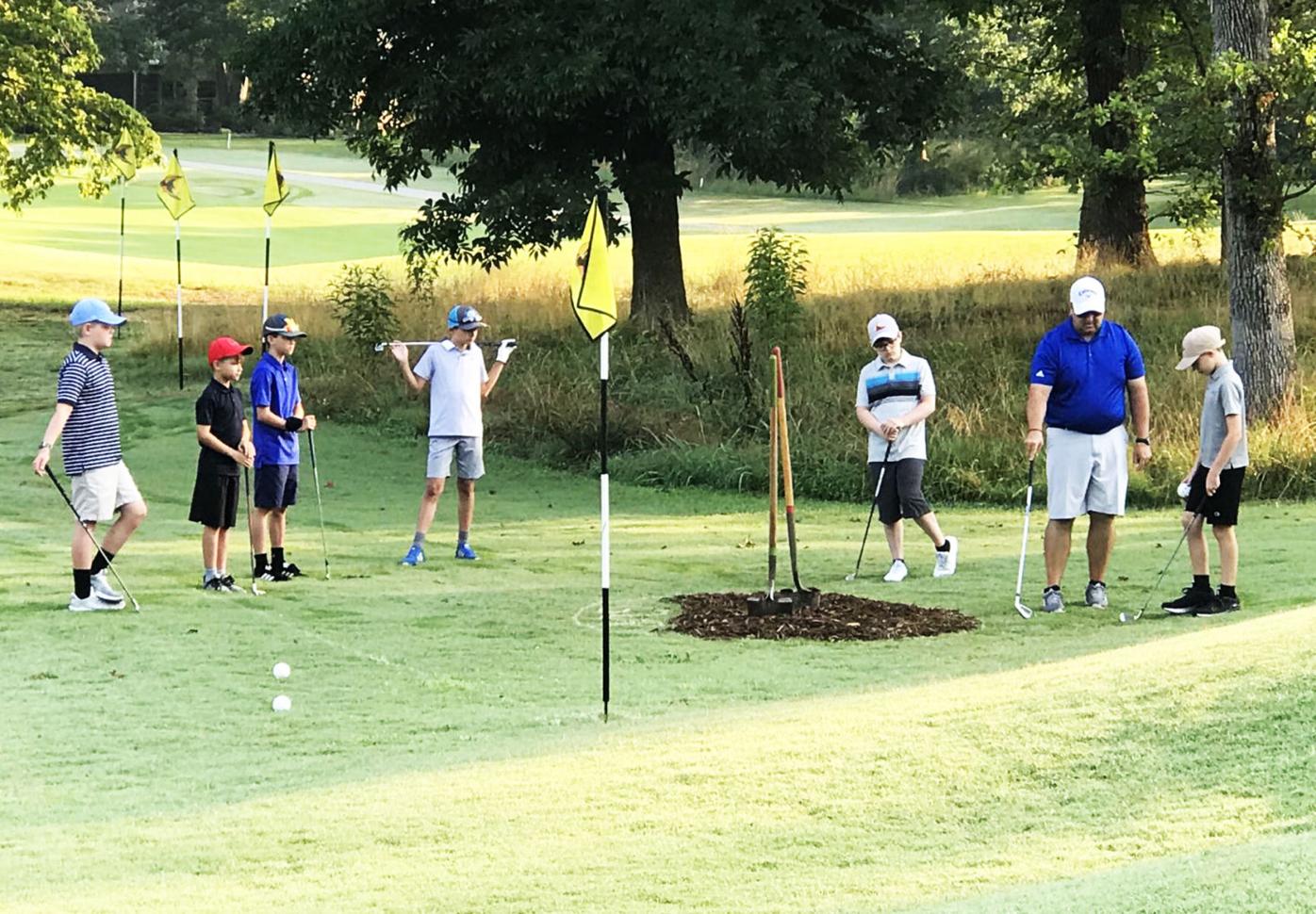 Mona Sagan attempts a putt during a tournament at The Links at Kahite.

Junior golfers from the area and other parts of the country descended on Toqua Golf Course last week for the annual Tellico Village Junior Golf Camp.

Attendance nearly doubled after the camp was limited to 40 participants last year due to the pandemic.

The camp, which ran July 5-9, featured hours of fundamental instruction, relays and interactive games such as golf hockey and golf baseball. The final day was set to feature tournament play but was canceled due to inclement weather.

“We had a nice rebound from COVID with 77 campers, which is about as many as we’ve ever had,” Chris Sykes, Tellico Village director of golf, said. “Our golf professional staff, led by Adam Jacob, Casey Flenniken, Charles Roffers and Michael Ledbetter, they ran the camp and break them into three groups, three time slots. They’ve got groups of six to eight kids at each time period, which gives them a little bit more attention and one-on-one instruction. They start out talking about etiquette and fundamentals and building blocks as far as some of the basics of the game. They do everything in such a way that they try to keep it fun.”

Since the start of the COVID-19 pandemic, the Tellico Village Golf Department has yielded unprecedented numbers with no sign of slowing down this summer.

“This summer has been incredibly busy, and we’re still breaking records,” Sykes said. “Rounds were up 25% in 2020, where the positive with the pandemic is that golf is booming. So far this year, we’re up another 30% or 35%, so we’re still breaking records with golf rounds. Just talking about golf in general, we’ve never been busier. Golf is booming, the Village is booming. The last I heard, we had 260 homes under construction so that’s roughly 520 new Villagers. If half of them play golf, well that’s another 260 golfers. As folks move in, the Village gets younger and more active, which that will just increase activity and golf in general.”

Rounds between the three golf courses through May were 9,000 above budget.

“Golf is very busy, and rounds and revenues are above budget,” Winston Blazer, Tellico Village CEO, said. “Revenue is $293,000 better than budget, so we’re running very strong in those areas. After talking with Chris on some days, he may feel like it’s a little too strong.”

Increased rounds have equated to increased merchandise and clubhouse sales, which has produced profits well above the department budget.

However, the entire department is understaffed.

“With the increase of activity and with how busy we are and the increase in rounds, merchandise sales are crushing records as well,” Sykes said. “We had our big demo day back in the spring and that led to $60,000 in club sales. Golf is killing it and the team’s a little tired because we’re all a little overworked, but that’s OK. The biggest issue in the industry today is the labor market is at an all-time low. We’re running 60 to 70 positions under, so that’s our biggest singular issue is staff. We’re breaking records and we’re all-time busy, but we’re in a horrible position with our staff. The team that we have in place is exceptional, thankfully.”

Several large-scale projects are underway, including bunker renovations at The Links at Kahite and the installation of a new cart fleet at all three courses via Club Car.

Kahite is the only course active with the new fleet, which features state-of-the-art GPS systems and interactive maps.

Club Car is expected to deliver the remaining fleets to Toqua and Tanasi in August after delaying the initial delivery in April.

“I went out and took a look at them with Chris in (June) and it’s very exciting,” Blazer said. “Those are nice carts, and they have some improvements on them. One of the things that’s going to be most beneficial and Chris is most excited about is the electronics and technology that will come with these carts. For the golfer’s convenience, they’ll be able to have information about the holes but they’ll also be able to control the carts somewhat with geofencing and then pace-of-play capabilities to make our golf operation more efficient.”