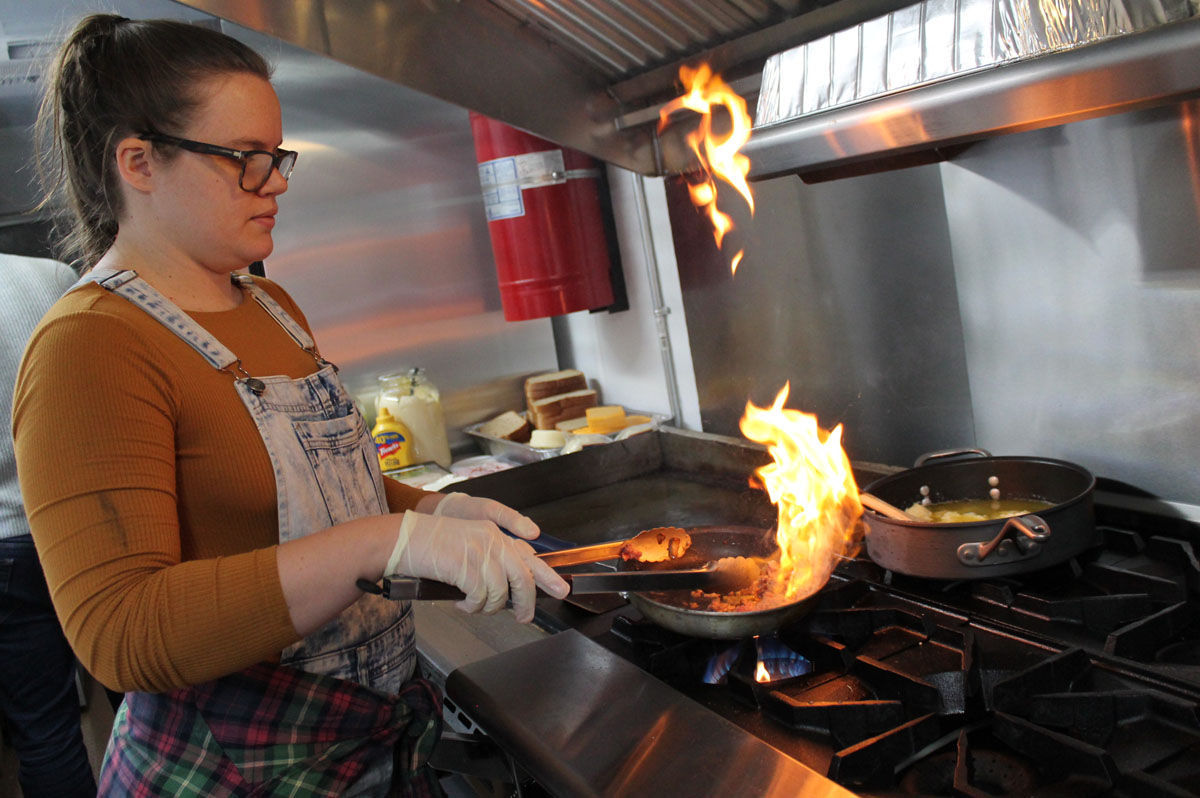 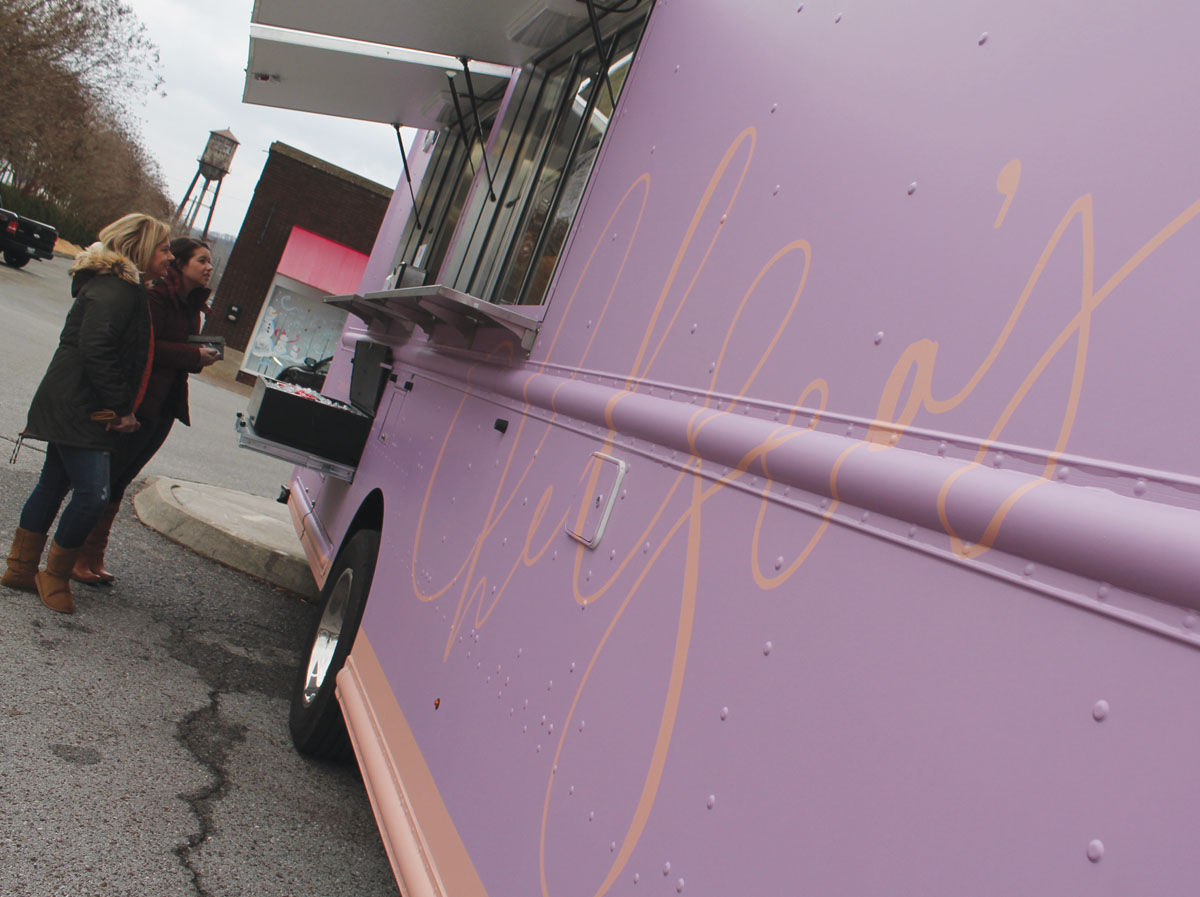 Customers wait for their food outside of Chelsea’s food truck in the city of Loudon.

Customers wait for their food outside of Chelsea’s food truck in the city of Loudon.

Loudon County native Chelsea Stovall, 25, is using a mobile restaurant to turn her love of food into a career.

Stovall’s passion for culinary arts dates back to her childhood when she helped her mother prepare dinner.

“When I was like much younger I used to always cook with my mom, like sit on the counter with her when she would cook, and I just fell in love with it then,” Stovall said. “I like just taking things that taste terrible separately and putting them together and making something that tastes good — was just something that I found really interesting and exciting. ... Cooking is something that I’ve always wanted to do, I just didn’t know which avenue that it would be in.”

With the help of her father, Doug Surrett, she started her own food truck business. Simply titled Chelsea’s, her mobile restaurant specializes in what she calls “gourmet grilled cheeses.” Surrett serves as co-owner of the restaurant.

“I didn’t see anybody doing it in Knoxville,” Stovall said of her sandwiches. “It’s something that you can kind of eat in one hand, so if you’re walking around you can eat it with one hand and still walk around and do whatever you’re doing. You don’t have to have a table to eat it, and I personally just really like cheese. ... My favorite thing to make is different types of sandwiches just because I think you can — between two pieces of bread you can make anything. You know, we have one that’s like a taco-inspired grilled cheese and then we have one that’s Italian and they’re so vastly different.”

Stovall’s husband, Brian, said his wife saw an opportunity to take advantage of something that appears to be gaining popularity.

“You don’t really have a lot of — they have 10-15 food trucks (in Knoxville) but they’re not that great,” Brian said. “It’s becoming more popular. There’s a lot more breweries and so we just saw an opportunity and she felt like she could be creative with it.”

Still, choosing a food truck did take Brian by surprise, he said.

“She’s always been creative and has always wanted to do something in that where she’s planning and stuff like that,” Brian said. “I really think — and she does have a passion for cooking — but I really think what she enjoys most out of it is planning the events and kind of being in that management role. So, I think eventually she would like to take more of that on and have someone else running the truck.”

Brian, Surrett and Stovall’s brother are the only workers in her business. Hopes are to hire more people in time, Brian said.

Although Stovall is just now getting her feet wet in entrepreneurship, Surrett said he believes his daughter is getting better with every outing.

“Well, I mean I’m proud of her,” Surrett said. “And I think she’s got a product that people will like. She’s kind of new at the process, so we’re still trying to iron out the details in that regard. She’s got some things to learn on the business side of it, but she’s getting there, and I think she’ll do well.”

Chelsea’s has been operating for about three weeks.

So far, Stovall has worked in Knoxville and Loudon. Hopes are to begin serving lunches in Lenoir City.

“We’re working on finding a corporate park to go to potentially, hopefully, to get into to serve lunches there,” Stovall said.