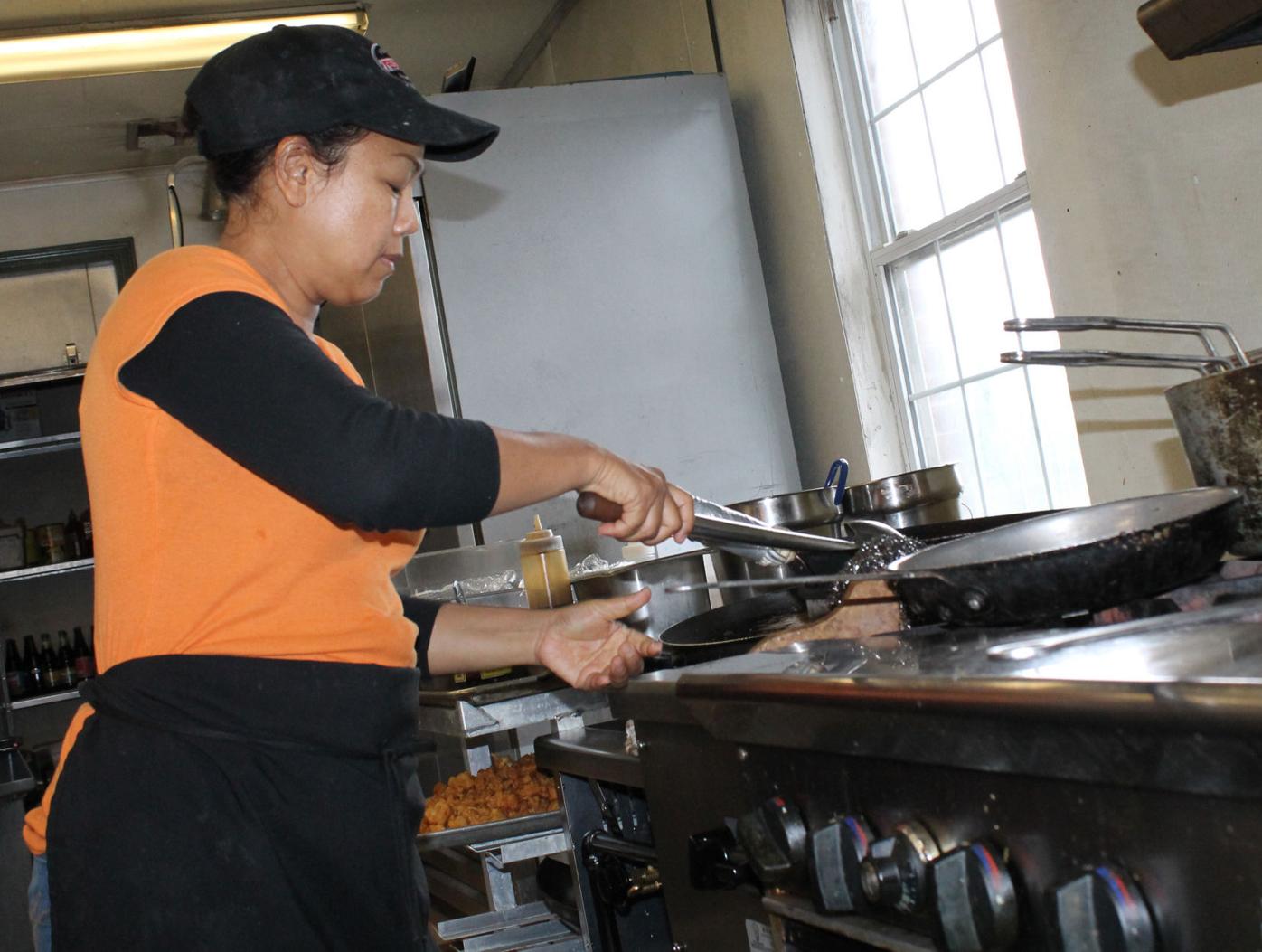 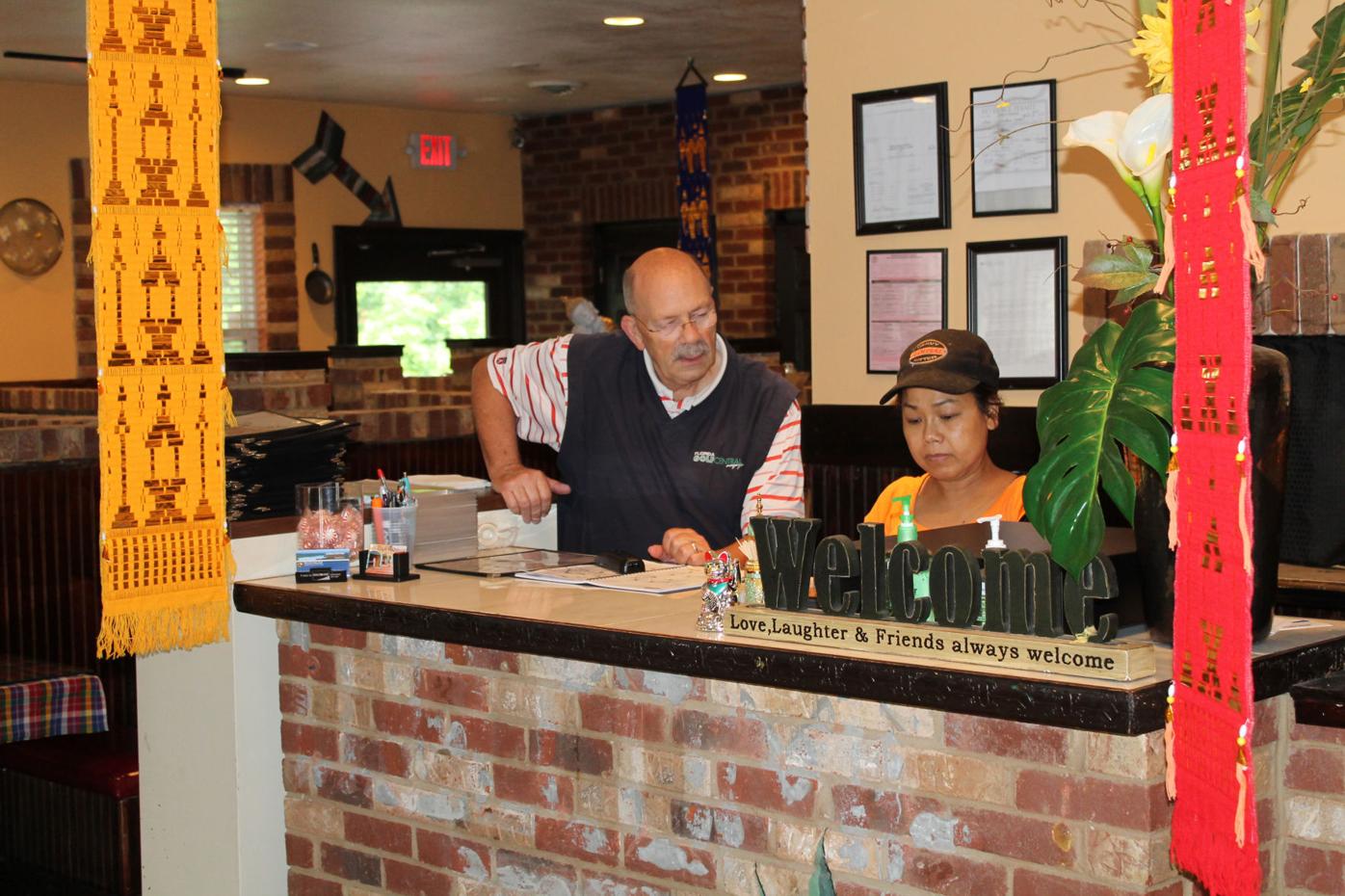 Glenn, left, and Chintana ‘Gina’ Makin look over paperwork at the front counter at Thai Bistro.

Glenn, left, and Chintana ‘Gina’ Makin look over paperwork at the front counter at Thai Bistro.

For more than 30 years, Chintana “Gina” Makin has made a living in the restaurant industry.

She got her start as a teenager in Thailand, working whatever jobs she was assigned.

“I would go to school and I’m working also,” Gina said. “That summer when they closed the school I always was working. Always since I was young. I was the dishwasher, anything they wanted me to do. I would do anything. … I never stopped working. I love it.”

In 2009, Gina came to work in the United States on an E2 Visa, managing a Thai restaurant in Orlando, Fla., and later moving to Knoxville.

Gina and her husband, Glenn Makin, have now brought her experience to Tellico Village, opening Thai Bistro at 222 Lakeside Plaza.

“When I retired — I had always been into golf and had a golf publication — but when I retired I came to work at Toqua Golf Club,” Glenn said. “My wife had been working at Taste of Thai (in Knoxville). She came out with me a couple of times or so … and she asked me one day when we were leaving, ‘Where can we eat Asian food?’ I said, ‘Well I don’t think they have any out here.’ We looked around. There’s no Asian food out here. We thought this would be the perfect place for Asian food. They have Mexican, Italian. For Asian you have to drive somewhere.”

The couple had already been looking for a location in Knoxville, but when they saw the opening in Lakeside Plaza decided Tellico Village made the most sense.

“May 18 we opened, and we were overwhelmed,” Glenn said. “… We didn’t have enough equipment and we had people waiting a long time to eat. Nobody complained about the food, but they said it took a long time. Within a week I had another chef in the back. Then I got another piece of equipment and we got another chef. Now we can serve anybody who sits down in an hour or less. People noticed. We answered the call and started serving people.

“... I knew that people were hungry for Asian out here, but I had no idea I would have to turn people away,” he added. “If I had an idea I would have already spent the money and hired the people, but we started slow on purpose, you know, just to see what it would do before I invested a lot of money. As soon as I knew what we had to do, I did it.”

Gina isn’t the only one with plenty of restaurant experience to operate Thai Bistro. Chefs Kai Prayuth and Artid Sangson also bring more than 20 years of experience, starting in Thailand as dishwashers before working their way up to chef.

“They came over here just like she did,” Glenn said. “They were brought over here because they were good at what they do. It’s as authentic as you can get Americanized. It’s not as hot as they eat it over there. It’s the same food but not as hot.”

Food prepared in the kitchen is from scratch, Gina said, including sauces and dressings.

“They’re never cooked and then reheated,” she said. “Everything is made fresh, and the recipe is very close to in my country. More important, I cook from my heart.”

Gina has worked in Thai, Chinese, Vietnamese, Japanese and even Italian restaurants throughout her 30 years in the industry. She has incorporated “hibachi”-style cooking into her current menu because she noticed Americans enjoy it.

Gina will operate the restaurant side of things at Thai Bistro, while Glenn will handle the operation from a business perspective.

“I’m lucky I’ve got this guy to support me,” she said. “I know the kitchen and he knows the business.”

While several restaurants have come and gone from the Lakeside Plaza location, it’s the food Glenn believes will set Thai Bistro apart.

“... So we knew another ethnic food out here would set us apart from what they had before,” he added. “So it’s not the location, it’s not the management, it’s the food. … That’s what sets us apart is the food, the ethnic food itself.”