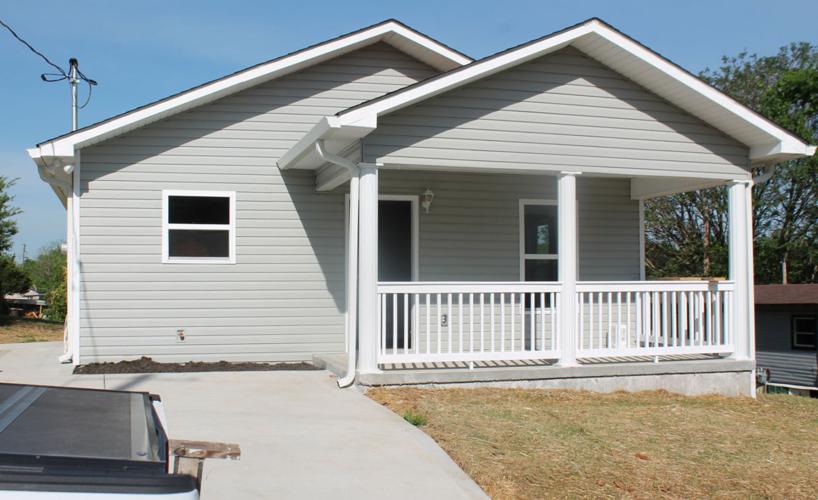 This home on Freedman Street in Loudon was built through the efforts of local Habitat for Humanity volunteers. 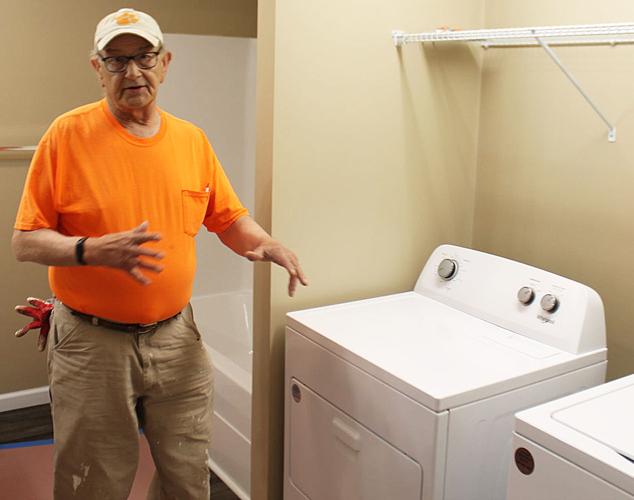 Habitat for Humanity volunteer Ed Lindler shows off the energy-efficient appliances installed in a home recently built for a family in Loudon.

This home on Freedman Street in Loudon was built through the efforts of local Habitat for Humanity volunteers.

Habitat for Humanity volunteer Ed Lindler shows off the energy-efficient appliances installed in a home recently built for a family in Loudon.

Family, friends and many of the volunteers from sponsor Concord United Methodist Church in Farragut gathered with Rebeca Parra and family to celebrate the completion of their new home, which is the affiliate’s first of the year.

The lot on Freedman Street was donated by the city of Loudon. The previous house on the property was demolished and a new home built for Rebeca, husband Luis and their children.

The ceremony included the pledge of allegiance led by Mayor Buddy Bradshaw, a blessing of the home by the Rev. Wil Cantrell, senior associate pastor at Concord, presentation of the keys to the house by Loudon City Vice Mayor Tim Dixon and a new Bible presented by Nedra Cook of Concord.

“We are so glad to be sharing this wonderful moment with Rebeca and her family,” Cantrell said. “Our members feel blessed to be part of this celebration.”

The property was a good fit for several reasons, including that a grant tied to the project required the land be donated. The lot was big enough for a four-bedroom house needed to fit the family, which had been living in a mobile home.

“We are especially excited when we can take an existing property and renovate it for one of our families,” Tony Gibbons, Habitat executive director, said. “When we dedicate a new home, it helps us all see how much difference a home can make for a family, all made possible by our loyal supporters and sponsors.”

Gibbons said the project began when the Parra family applied in 2017. Each application is reviewed by a six-person team of volunteers who determine under what terms the home will be built and transferred to the family. Additional funds for the house came from the Federal Home Loan Bank of Cincinnati through SouthEast Bank.

Although the process from application to ownership usually only takes about two years, COVID-19 slowed the process.

“We’re glad that they stuck with us through the process,” Gibbons said.

Some of the challenges, including supply chain issues, were directly related to the pandemic. Other issues involved bedrock on the lot that had to be broken up and removed. Volunteers helped with framing, landscaping and installation of cabinets and appliances.

“The construction only took about eight months, which is less than the one year average,” Gibbons said.

Habitat volunteer Ed Lindler was recently putting the finishing touches on the home. A retired Tennessee Valley Authority steam plant worker, he has been a volunteer with the organization since 2016 and has worked on 60 houses.

Lindler said he knew about Habitat before he retired because of a partnership with TVA.

“It wasn’t until I was retiring that I thought about what I would do,” he said.

He said he wasn’t a carpenter or homebuilder when he started, but he felt guided to his decision. “I think this is what God wanted me to do,” he said.

Lindler said he’s proud of the houses he and other volunteers are building. The homes are well constructed and energy efficient.

One of the reasons the homes are so well built is to keep them affordable. Each build includes energy-efficient appliances.

“Affordable housing doesn’t just mean the cost of the house,” Lindler said. “It’s also the cost to operate the house.”

The volunteer said involvement with Habitat is quite rewarding.

“I can’t think of a day I have worked that I have not got more back than I worked that day,” he said.

In March, the local affiliate received a $2 million donation, the largest in its history. Gibbons said the organization is still trying to figure out the best way to invest the money, but doing more of the same kinds of projects is the most likely plan.