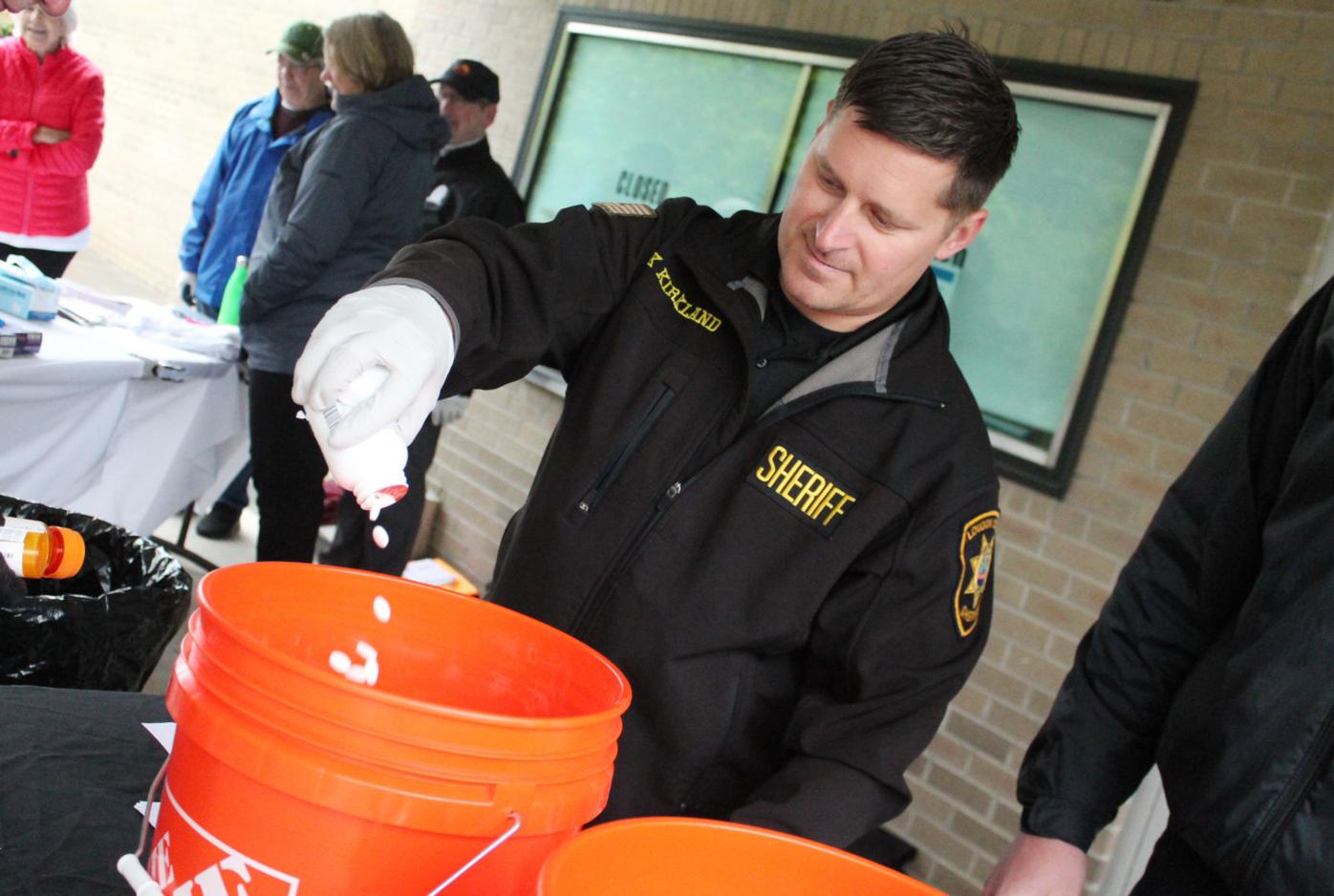 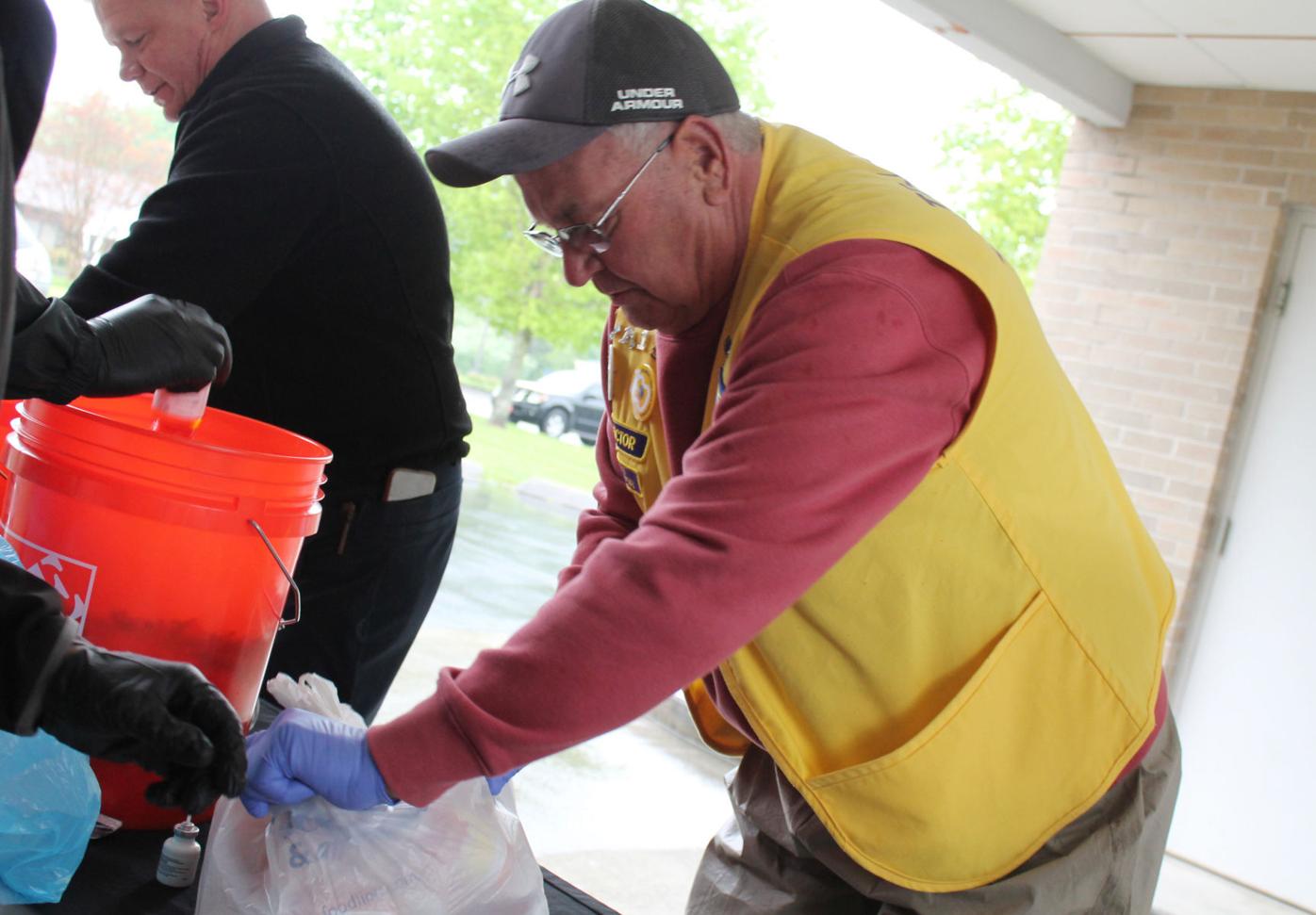 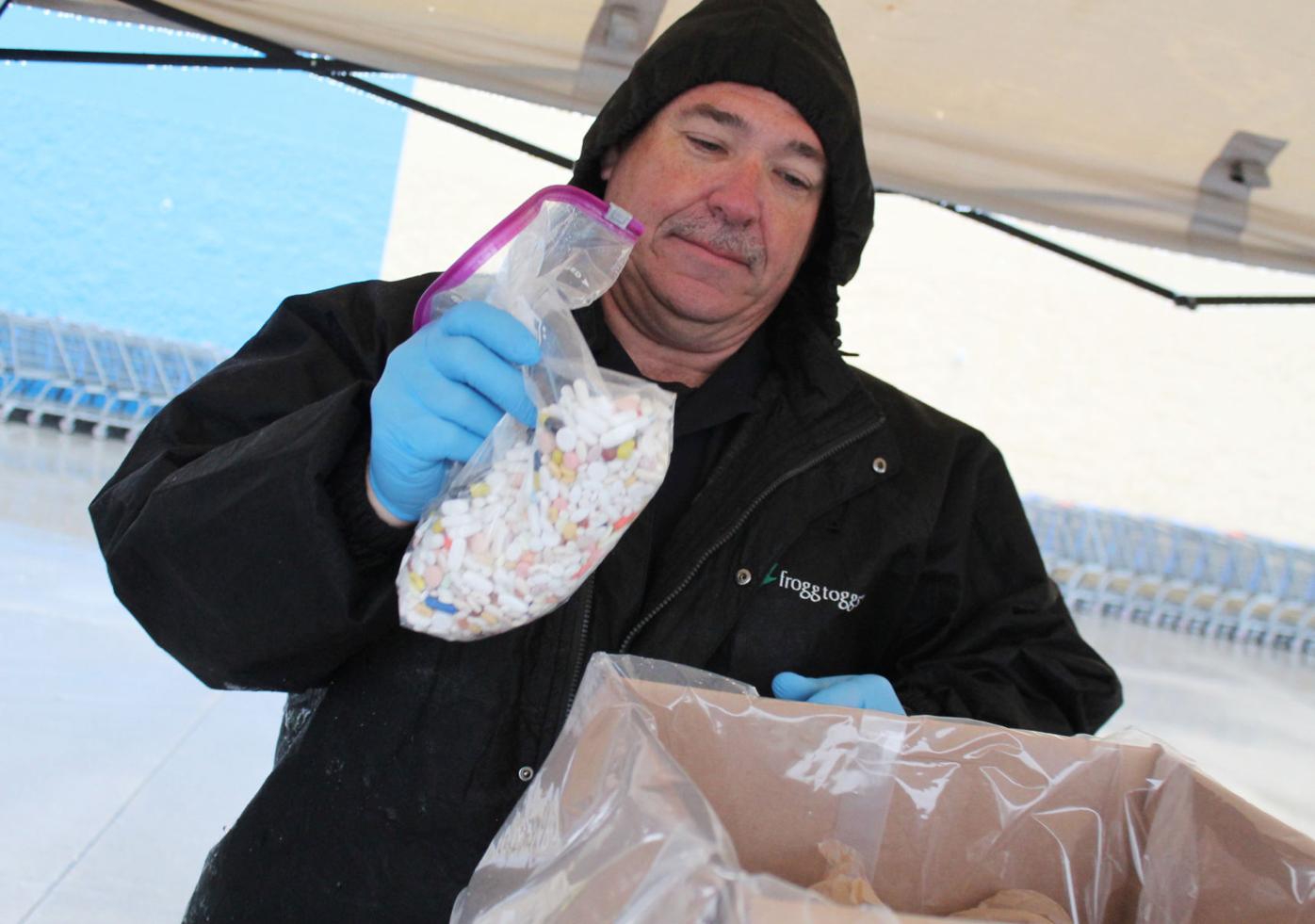 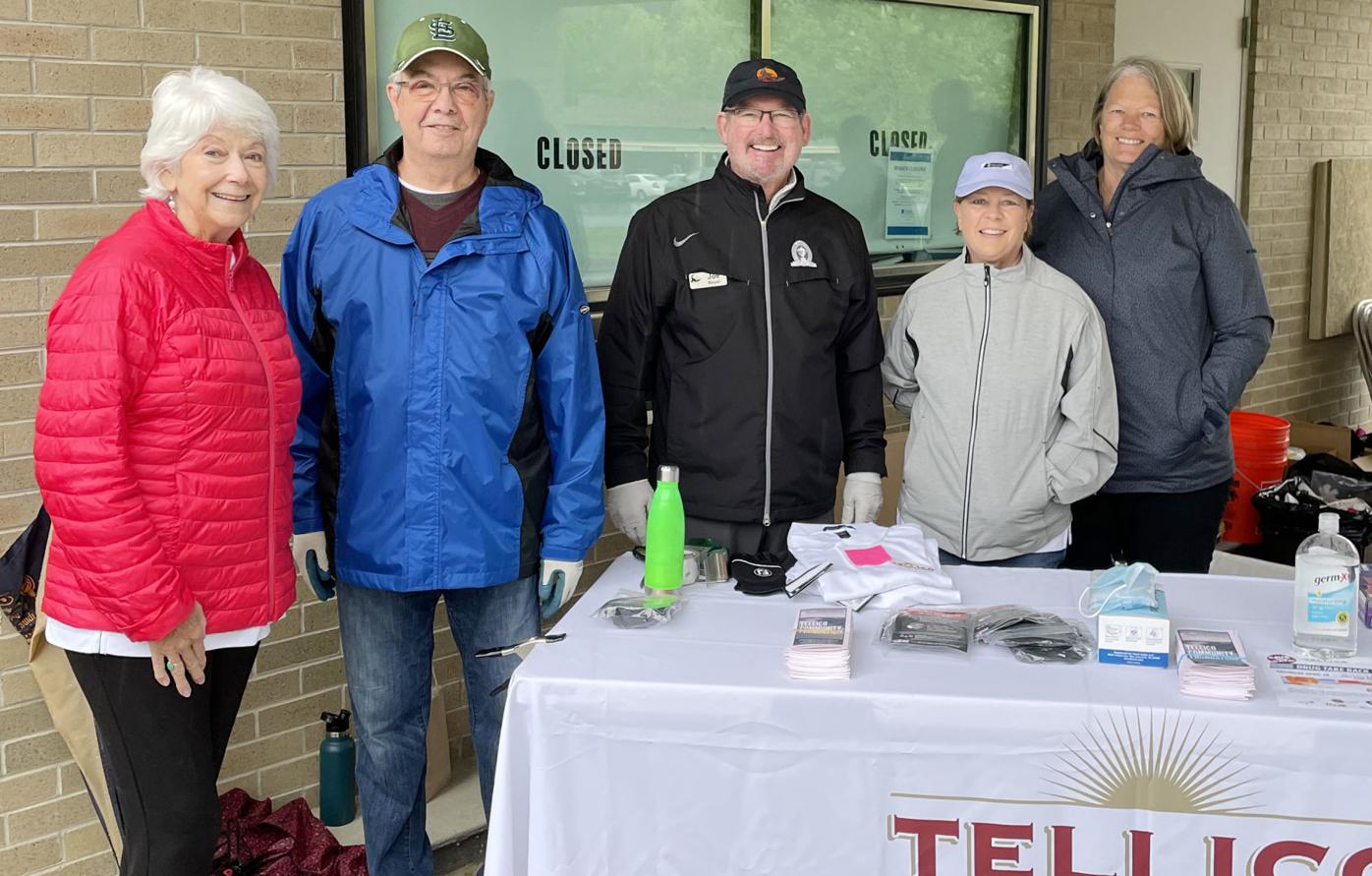 Despite rainy conditions throughout the day, vehicles consistently passed the Welcome Center and Kahite clubhouse in Tellico Village and Walmart in Lenoir City to drop off unused and expired medications.

The locations were part of National Prescription Drug Take Back Day.

Last year’s event was canceled because of COVID-19.

This year 412 vehicles passed through the two locations in Tellico Village, Joe Bogardus, TCF spokesman, said. Total Village participants were 519. A final poundage from the Welcome Center could not be determined by The Connection presstime, but visitors in Kahite dropped off 61 pounds.

“The TCF sponsorship of the event was a resounding success,” Bogardus said in an email correspondence. “Beyond the foundation’s expectations. … Suffice it to say, the prospective 2021 total poundage results look promising in surpassing the 2019 total.”

Volunteers took medications and properly separated them for disposal.

“The prescription containers are being emptied, recapped and kept since the Lions Club, one of our other partners, gets those containers and they donate them to a charity — I believe it’s in Ohio — and re-purposes them and sends them overseas for use, I think essentially in Africa, for the ability for people over there to carry their drugs,” Beyel said. “… We are partners with the Lions Club. They helped us last time and we want to help them meet one of their goals, which is to capture those containers.”

Brendan DeBoer, DTF deputy director, was present at the Welcome Center. He believes disposal sites provide a valuable service to the community.

“People always need a resource in order to get rid of these prescription medications, but our main focus is to get these out of the hands of people that don’t have a prescription for them, primarily children,” DeBoer said. “These things sit in people’s medicine cabinets and they just kind of waste away, and if people get the idea that they may be able to use them, we’re putting our kids in risk, especially in these high schools and grade schools.”

“I think you look at the number of pills that we’re taking off the streets and out of the hands of people,” Hipsher said. “If we get anything it’s a success.”

“And last year (in October) we ended up with 555 pounds turned in, so every year we’re always trying to push and get more,” Cowell added. “We always want to get more word of mouth and advertising, just letting people be aware that there’s a program that does it.”

All medication collected Saturday throughout East Tennessee will be incinerated, Carl Maskew, DEA investigator, said. Each year the DEA holds collections in April and October.

“The amount of folks that either weren’t able to make it to the fall event due to either health issues or fear of COVID, whatever it may be, they may have been reluctant for whatever reason at the time,” Maskew said. “Now they’re easing up and more inclined to come out and get to drop them off. So those drugs in a lot of households may have just gathered over the last six months or so and now they are willing to get out and drop them off.”

Cowell recommended reaching out to local law enforcement to properly dispose medication for those who missed Saturday’s effort.