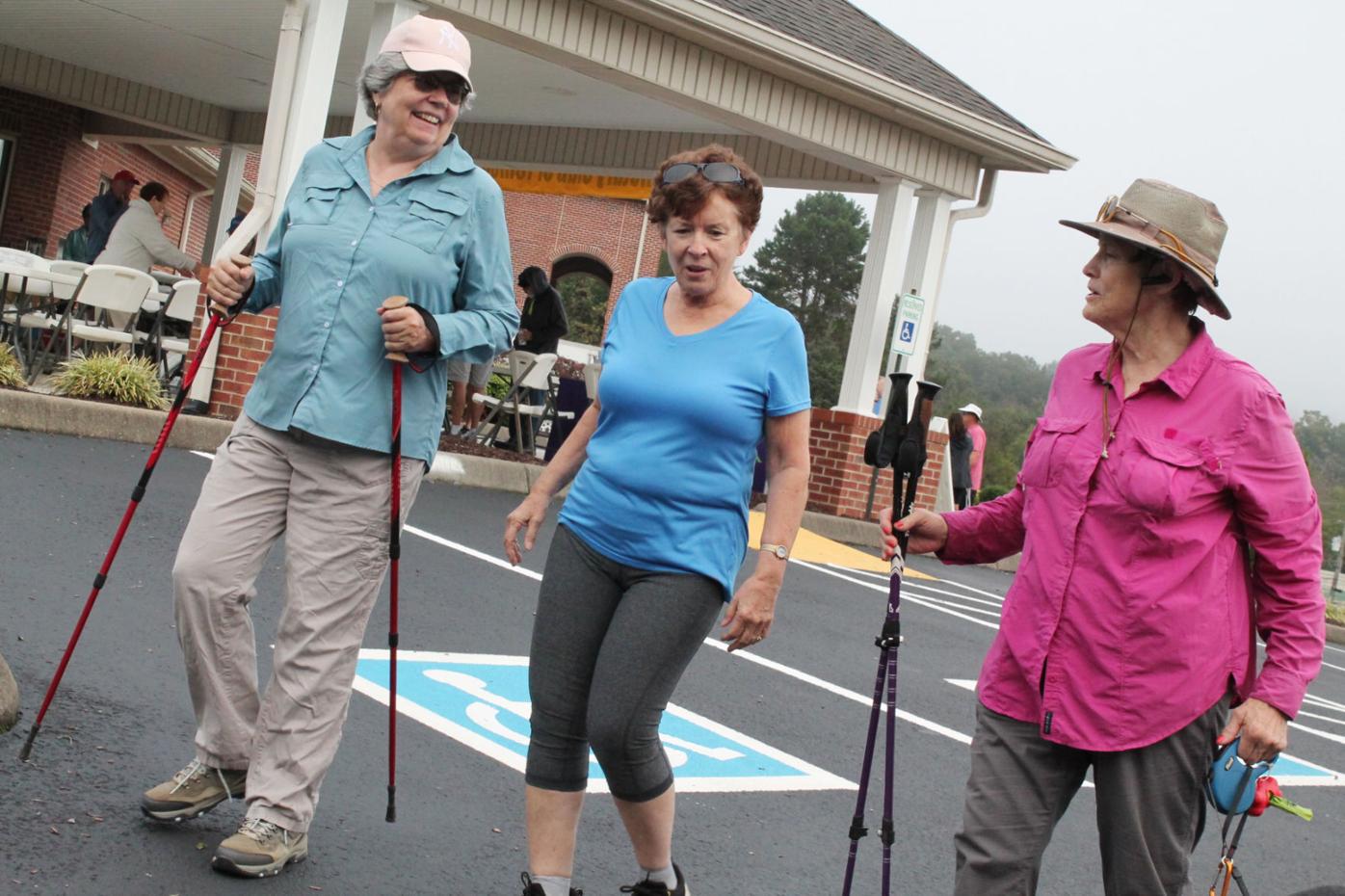 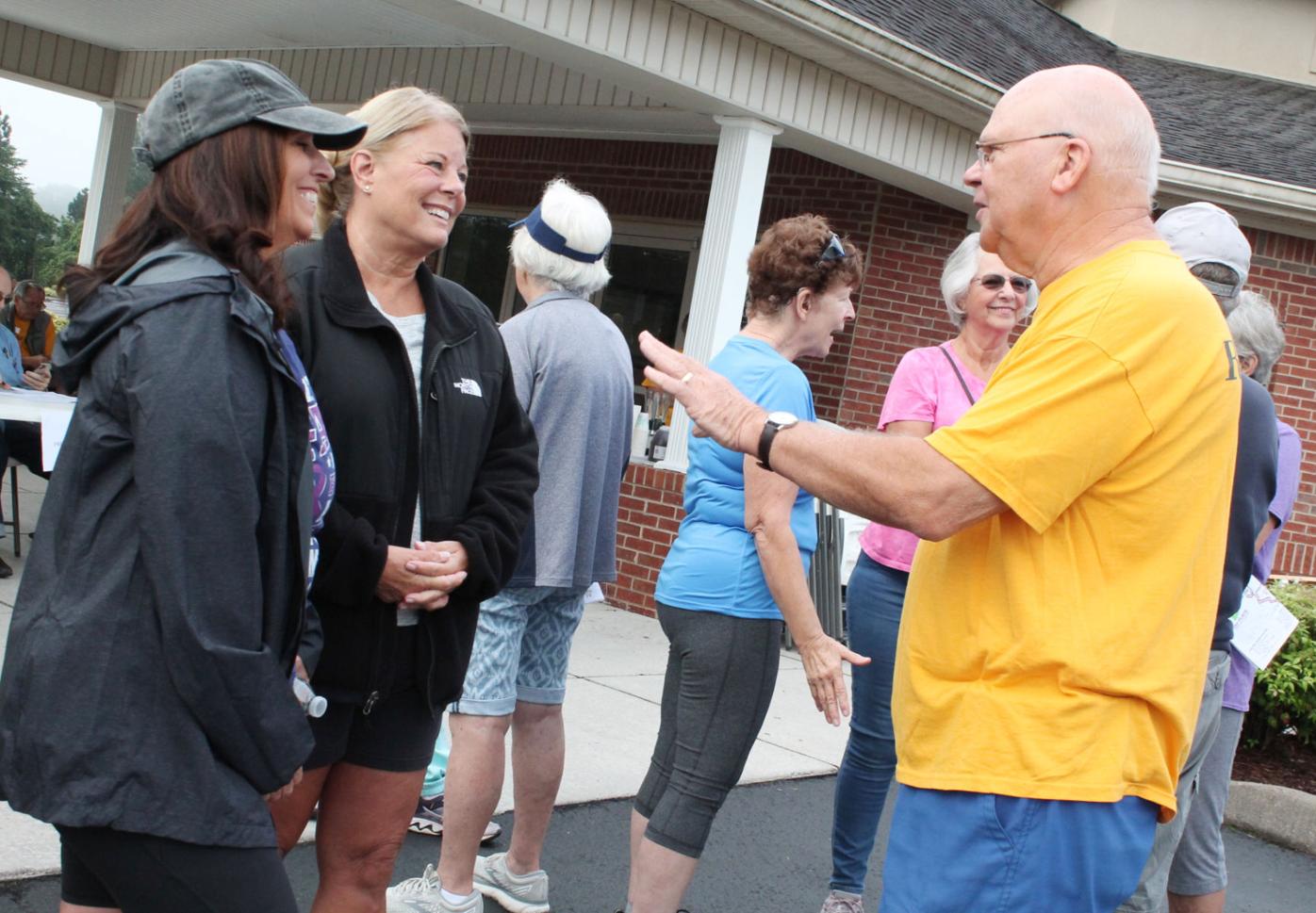 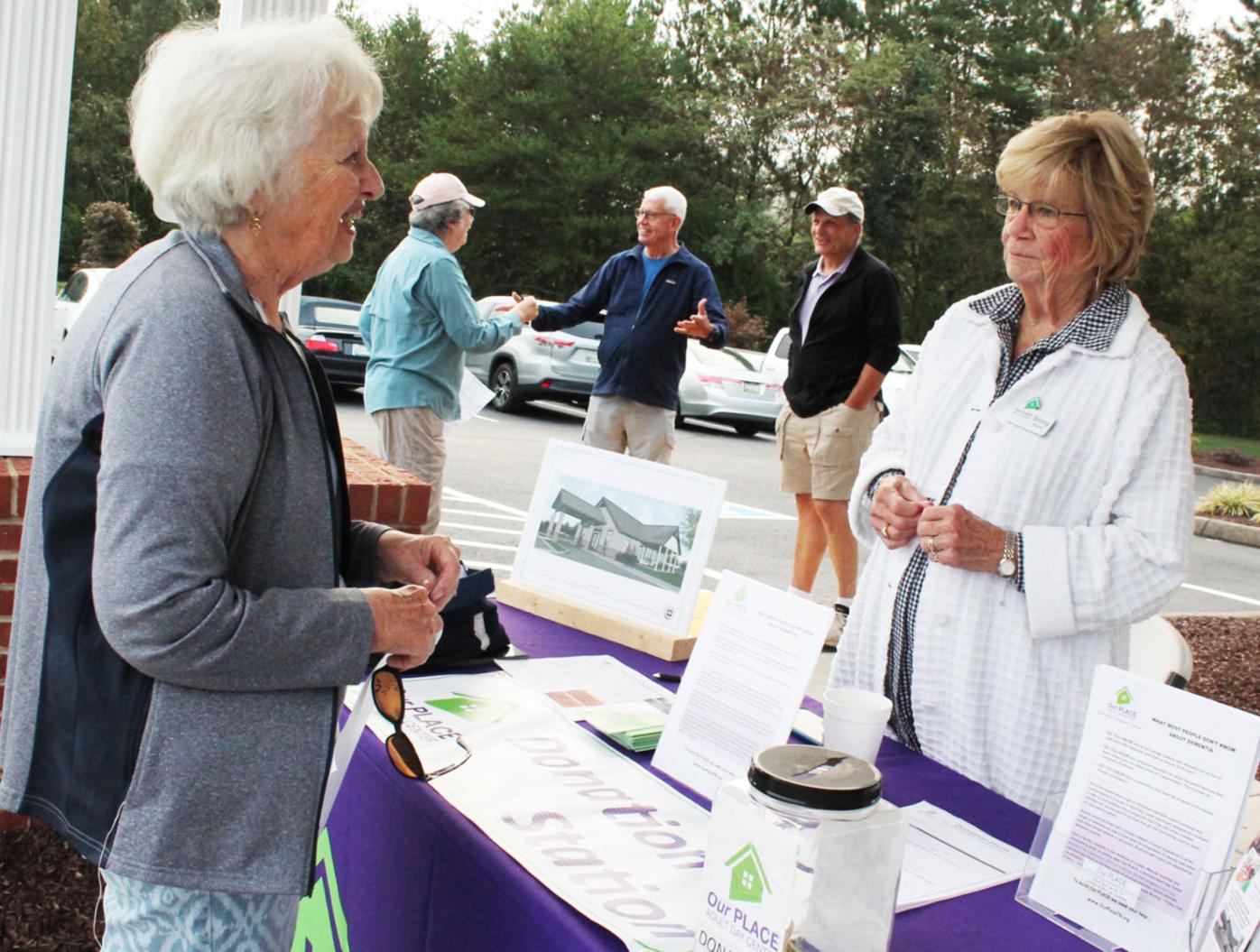 Carol Milhiser, left, speaks with Our PLACE board member Ginny Ranck on Saturday outside First Baptist Church in Tellico Village.

Carol Milhiser, left, speaks with Our PLACE board member Ginny Ranck on Saturday outside First Baptist Church in Tellico Village.

Trek de Tellico’s “Walk to Remember” went off without a hitch outside First Baptist Church in Tellico Village. Money raised from the event hosted by the Tellico Lake Rotary Club will help fund Our PLACE, a day center devoted to Alzheimer’s and dementia care.

John Everson, event co-chairman, said participants were asked to donate at least $20 for a two-mile walk, 5K walk or a two- or four-mile hike. Although a final amount could not be determined by The Connection presstime, Everson hoped to raise at least $2,500.

“Rotary’s been a terrific partner since the beginning in helping us to get Our PLACE off the ground,” Jim Dezzutti, Our PLACE president, said. “Their continued efforts to support us will make a big difference for the community.”

Our PLACE offered a booth for visitors looking for more information about the center, which was manned by Our PLACE board member Ginny Ranck.

“This is going to really help a lot of the needs for our programs,” Ranck said. “This is what the Walk to Remember is about. The money’s going to go for program equipment, music therapy hopefully. ... We couldn’t have possibly survived without all the charity events that the clubs and organizations in the area provided, everything from Lions and Rotary and everything in between, the car clubs and small groups. Every penny counts.”

“So many families, especially as they’re aging, are impacted by Alzheimer’s and dementia,” Everson said. “I lost my brother-in-law last year to Alzheimer’s, so this program that Our PLACE represents is going to be such a big help to the families that have a member that has the disease. We saw it take a toll on my sister as she was caretaker for my brother-in-law. ... The whole caretaking support system needs all the help they can get. Most caretakers, the most they can handle is three or four years and then they end up losing themselves.”

Villagers Laura and Todd Haupt, along with their friend Mara Beets from Maryville, participated in the 5K walk.

For Laura, the walk meant a little more after her mother died with Lewy body dementia two years ago. She said she wanted to walk in her mother’s honor.

“A lot of people don’t know a lot of the signs of especially Lewy body dementia, which involves a lot of hallucinations and there’s different medications and things that you have to do a little differently and how you treat the people that have it. It’s different,” Laura said.

“And it gets confused with the other dementia and Alzheimer’s and whatever, so it’s a very specialized,” Todd added.

Todd characterized the disease as “brutal.”

“Especially the toll it took on my sister and I, the caregivers taking care of her for two years,” Laura said. “So any kind of facility that can give the caregivers just a little bit of time for themselves and give their loved ones a place to go. They’re going to have all kinds of activities and bingo and music and so I’m going to actually volunteer in the home itself and just go in probably one day a week and just volunteer my time. ... It’s amazing how many people their loved ones have dementia.”

Work on Our PLACE has gone “great” so far,” Dezzutti said.

“We’ve hired the executive director, which was a major accomplishment, and the person that we’ve hired has tremendous amount of experience in working with Alzheimer’s or dementia,” Dezzutti said. “The building itself is ahead of schedule and we anticipate it being completed by the end of December. We’re looking at the second week of March for opening for business. ... The plan right now is in January we’ll move into the building and start getting everything set up.”

Volunteer training will likely begin in January. Interviews with clients could begin in February, he said.

The center is expected to help Loudon County and surrounding communities.

“We support local community growth activities, things that will make the community a better place to live,” Jim Wiese, Rotary president, said. “We feel that this is one of the things that’s sorely missing in our community, particularly in Tellico Village, Rarity Bay, WindRiver. ... This is more a personal perspective than Rotary, but I have a mom that’s in the assisted living over at The Neighborhood (at Tellico Village) and for a year the only thing I could do was talk to her through a window, and I think COVID has taught us we need a different approach to deal with people we may never have thought of. ... The longer you can keep people in their homes the better it is for them.”

For more information about Our PLACE, visit www.OurPlaceTN.org.