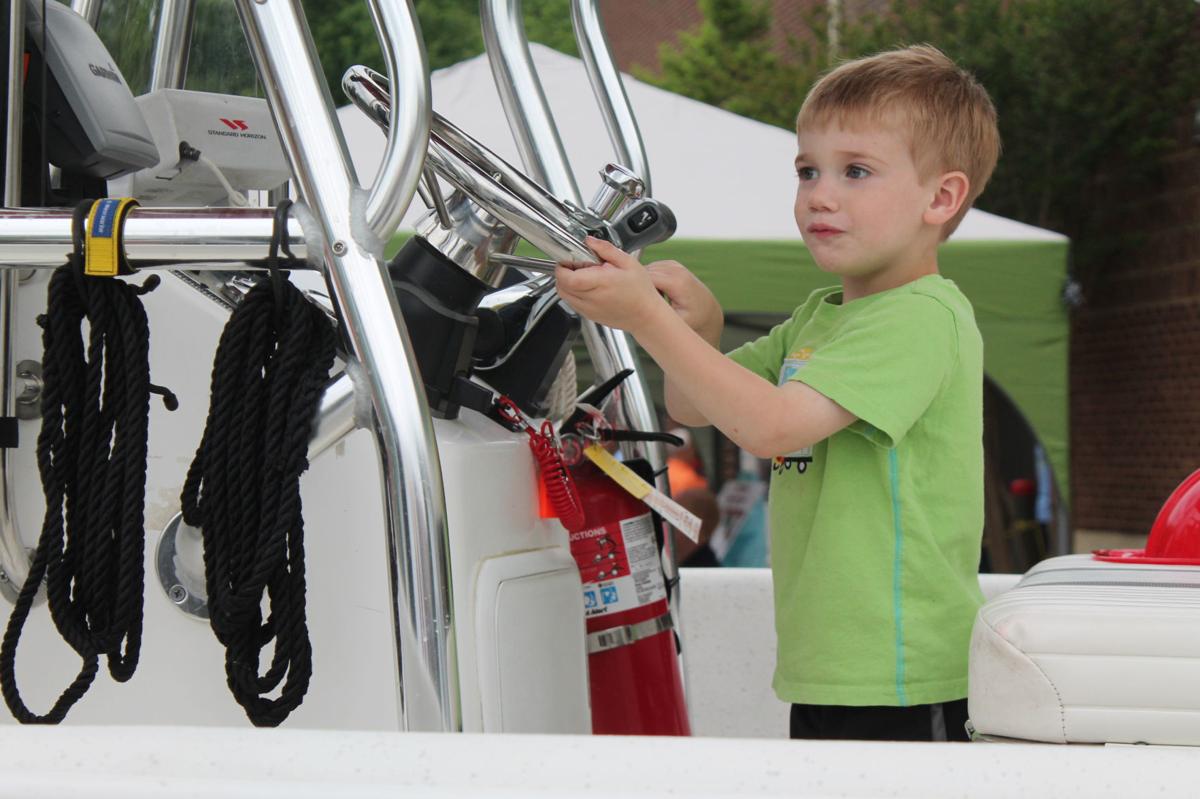 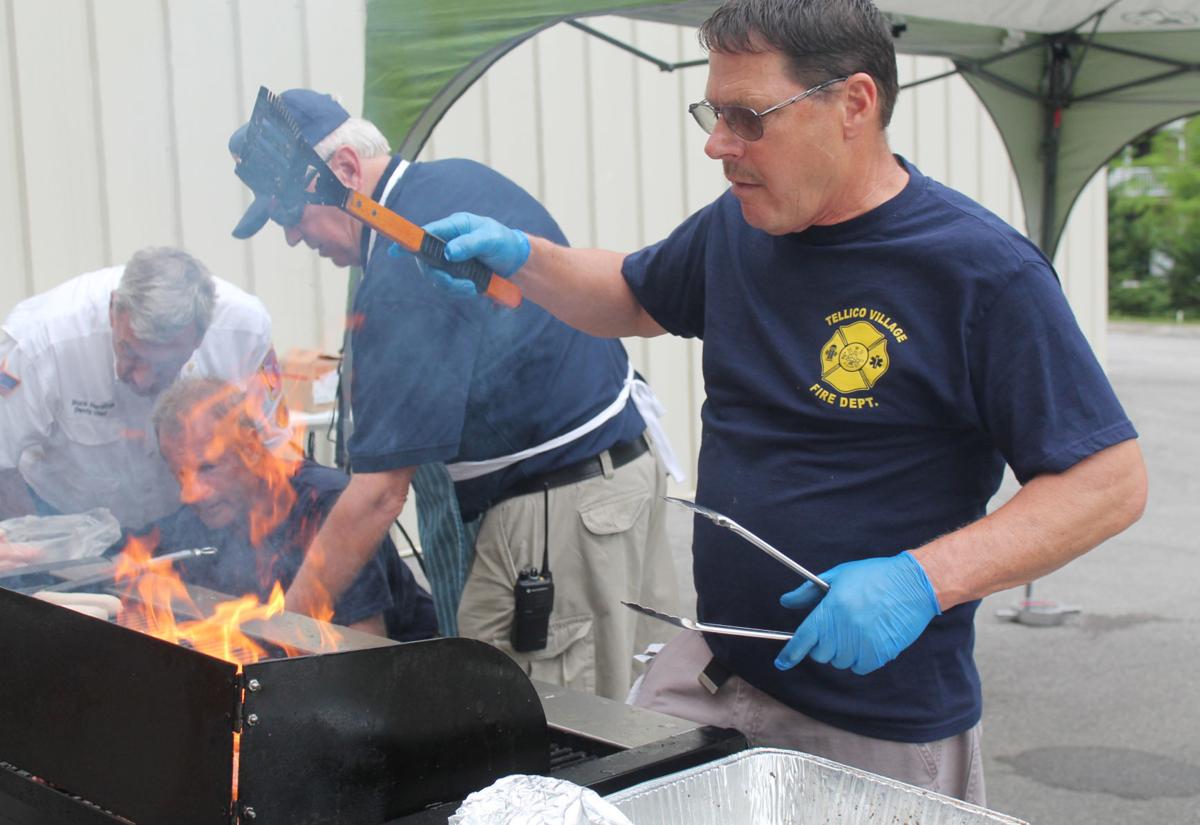 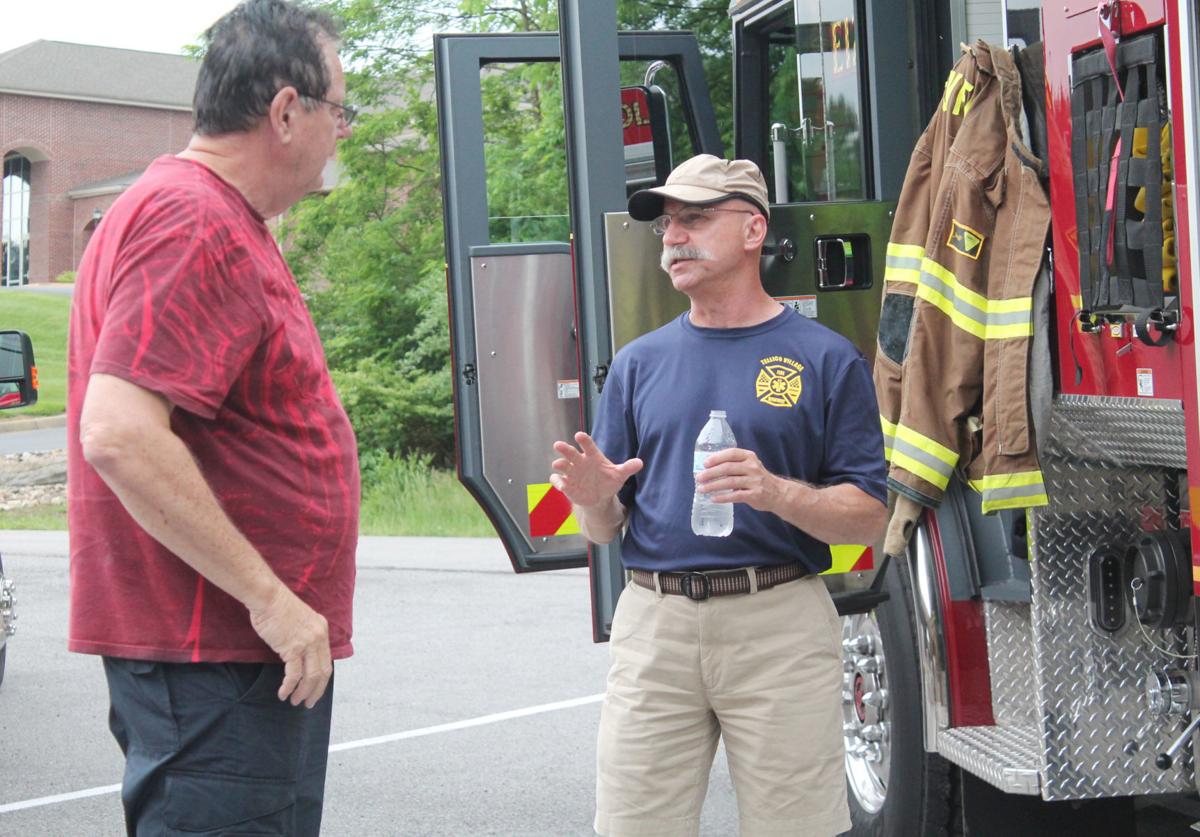 Despite a threat of rain, many from the community came out Saturday in support for the Tellico Village Volunteer Fire Department as it opened its doors for the 11th year to show how donations are used.

“This is our major fundraiser for the year,” Jerry Dougherty, TVVFD chief, said. “... We did a mass mailing back in April announcing the open house, and we’ve received I don’t know how many thousands of dollars early, and then today is our biggest one that we do.”

Since May 1, Rick Papke, TVVFD deputy chief for emergency medical services, estimated about $30,000-$40,000 had been donated to the department.

“When you realize that it costs about $3,500 to outfit a firefighter with all the different type of gear, the maintenance on all the apparatus, the costs of our radio — this radio right here is about $7,000,” Papke said. “We constantly have to resupply our medical supplies because of all the calls we fill.”

Saturday was a way to show the department’s appreciation for the community, Papke said. The open house included hot dogs, hamburgers, brats, cookies and drinks, interaction with fellow volunteers, sign-ups for Stop the Bleed and CPR classes, and a chance to see the various equipment afforded through donations.

“Ultimately it’s to allow the Village to see what their contributions go to and provide them with a level of confidence that they do have protection if they need it,” Hamilton said.

Demings on Biden comment: He 'shouldn't have said it'

Vaccinologist: Here's what worries me about Covid-19 trials

A little more than half of Village households contributed to the fire department last year. The department relies on residents for more than 55 percent of funding.

Hopes are this year to get a full 100 percent support.

“If you take a look back at about historical averages, you do 30-35 percent,” Hamilton said. “Fifty-five percent is a good average, very good average for us. Like we say, we’d like 100 percent, whether that’s realistic or not, I don’t think that’s realistic, but we get all we can.”

Community support is well noted, Papke said, pointing to a bulletin board.

“We’ve got a tremendous amount of support in the Village,” Papke said. “... Normally that board there is all full of ‘thank you’ letters.”

TVVFD last year had 740 calls, with about 85 percent of them being for emergency medical services, Papke said. Calls so far this year are at 259.

“The Village people are very, very good to us and very generous about the fundraising,” Hamilton said. “It enables us to buy fire engines like that.”