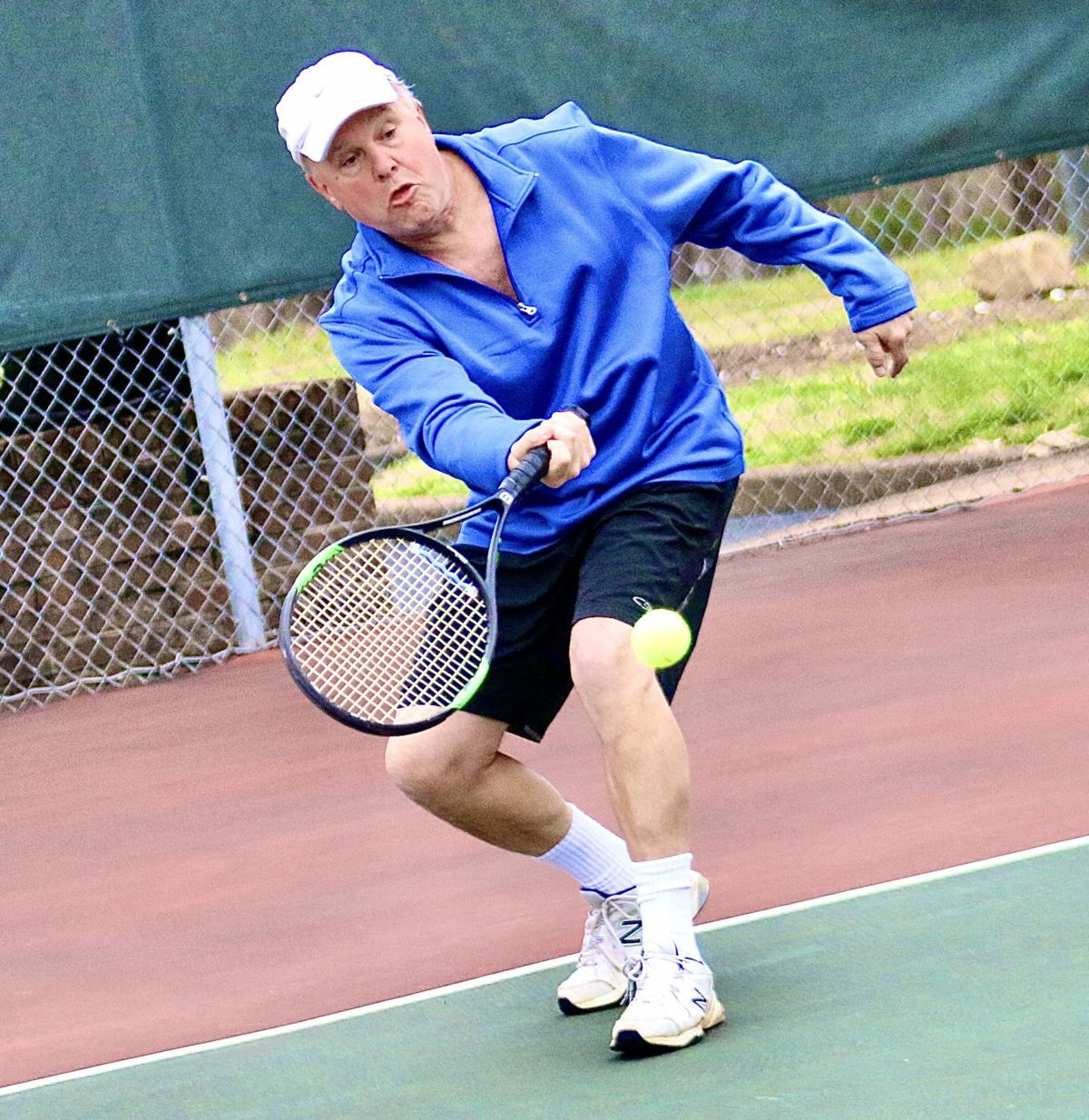 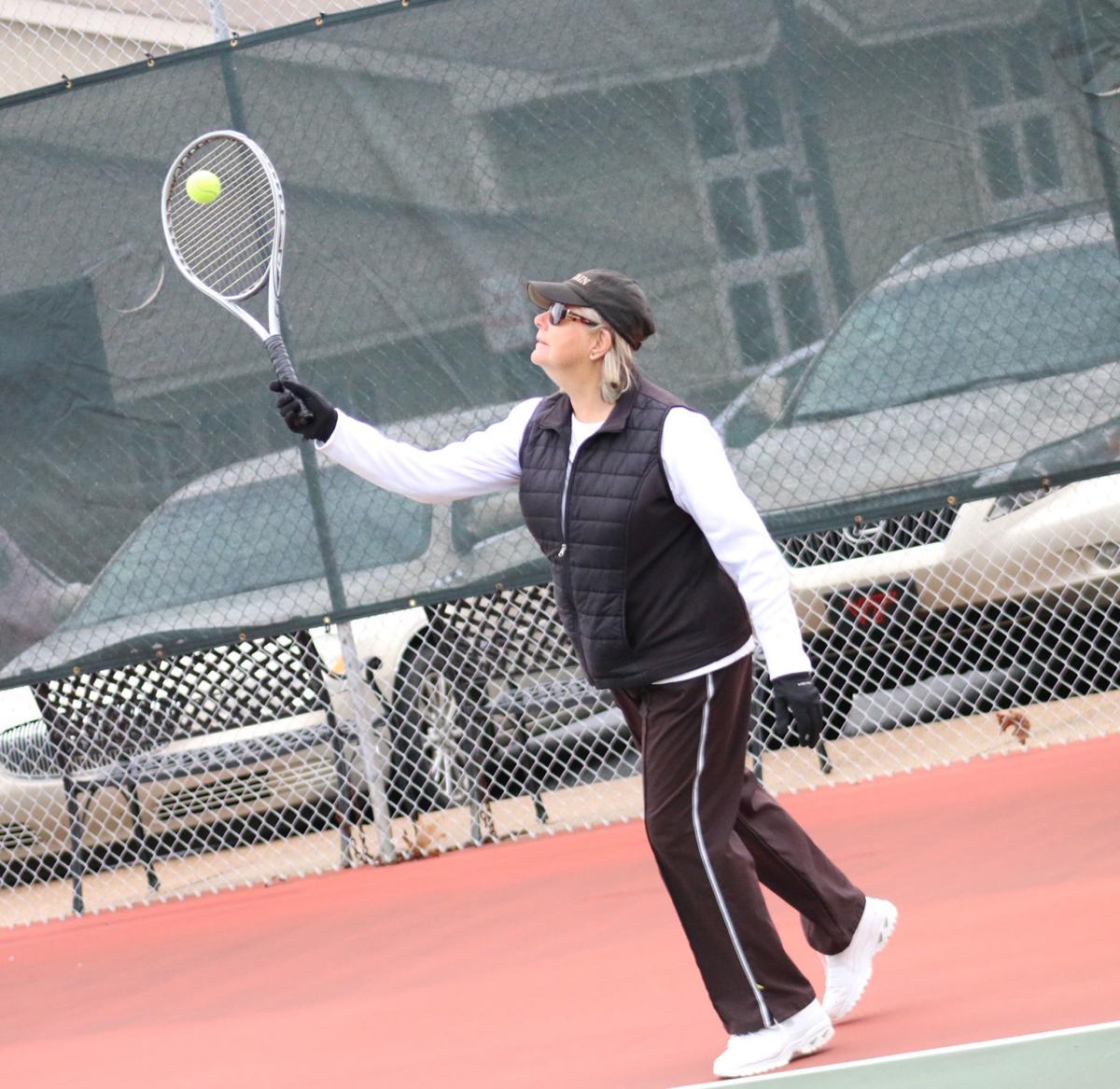 After one year of existence, the Tellico Village Tennis Club has yielded unprecedented success by becoming one of the fastest rising organizations in the community.

A handful of tennis enthusiasts are credited for initiating the club last year after holding the first Rusty Racquets seminar for former or new players looking to get involved with the sport.

“The first step we did was basically a group of us got together and our original president, Joe Blanco, he came from a club in Charleston and they had this program called Rusty Racquets to generate interest in tennis, so he kind of spearheaded that,” Brent Greider, club treasurer, said. “At that time, we just had one pro, Mark Williams, who taught tennis for 40 years, and he ran all the clinics and a bunch of us volunteered to help him.”

The four-day seminar generated a bit of interest as 20 new players decided to commit to the sport and form a small open play group.

The group eventually began to grow, which led Greider and others to form the official Tellico Village Tennis Club in August.

“There already was an existing men’s open play for A or B players, and then they started their own Rusty Racquets Open,” Greider said. “We got a bunch of players interested and then last August we formed the club. We had a bunch of volunteers be the board members. We set up bylaws and basically who runs the club. We have 180 active players, but we have 140 Tellico Village Tennis Club members that actually paid a due.”

Lee Brockman recently moved into the Village and has more than 40 years of playing experience. He is the lone certified instructor for the Village.

He also serves as an assistant coach for the Loudon High School boys and girls tennis teams and is a lead instructor for Rusty Racquets.

“It’s open to anyone interested in learning the game or anyone brushing up on their skills,” Brockman said. “The emphasis is certainly on cooperative fun and exercise, so don’t worry about your current skill level. We’re fortunate to have two tennis professionals here in Tellico Village — Mark Williams and myself. We’re going to cover all the basic tennis skills, which include your groundstrokes, serves, volleys, overheads (and) also scoring and rules.”

Brockman will specialize in helping new players learn the game.

“The rec department did step up and they purchased some modified equipment. It’s also known as Quick Start equipment, where you can really accelerate the learning curve for a player who really has no experience playing tennis,” Brockman said. “The way you do that is we have smaller nets, so we’re going to be playing on a smaller court, which is going to very much resemble a pickleball court. We’re also going to play with modified balls, which we have the ability to introduce a 36-foot ball and a 60-footer. We’re going to be able to do an appropriate progression for these students.”

Greider was shocked by the rapid increase in numbers and believes a crossover between pickleball and tennis has played a big part.

“Oh yeah, there’s lots of people that play both,” he said. “A tennis club had existed years ago and to build up new interest in tennis an organized tennis club was long overdue.”

The club also started hosting special social events to draw more interest and cater to current players. Members are looking to take a trip to the Western and Southern Open in Cincinnati in August.

“Of course, it took a couple of months to put together activities and stuff. Last fall, we had a big Halloween social where we were going to play tennis and have food and drinks and giveaways and all that,” Greider said. “Over the winter, we had plenty of time to plan activities in the spring ... teaching clinics, men’s singles ladders, mixed doubles, socials and tournaments against other tennis clubs.

“We were planning a trip to Cincinnati to see the Western and Southern Tennis Open, but it’s actually a pretty big tournament because it’s two weeks before the U.S. Open in New York,” he added. “So all the same pros that are going to be in the U.S. Open go there for their tuneup for the U.S. Open, which is a really big tournament.”

The club was also set to host its second annual Rusty Racquets seminar this spring, but the recent coronavirus pandemic has forced the sessions to be postponed until further notice.

All recreation facilities, including the Wellness Center and Chota Recreation Center, are currently closed. Greider hopes to start the seminar as soon as the facilities reopen.

“We sent out a membership notice (Wednesday). They know tennis can’t be played because they physically locked the gates, so some people were still going out there even though it was questionable if you should be,” Greider said. “Everything’s on lockdown, including pickleball courts and everything. As soon as things get back on track, we are still going to do the Rusty Racquets clinics. ... Now that we have a second pro, Lee Brockman, I can’t tell you how fortunate we are to have these guys move into the Village because the rec center does not provide a tennis or pickleball pro.”

In the meantime, members are encouraged to stay active while adhering to safe social distancing practices.

“Personally, I think this virus thing is going to take two or three months, so you know, it could be that long or it could be longer,” Greider said. “We just told everybody to sit tight and hope things will turn around, and we will spring back into action with all the planned stuff as soon as we can.”

For more information about the Tellico Village Tennis Club, email Greider at brentgreider@comcast.net.