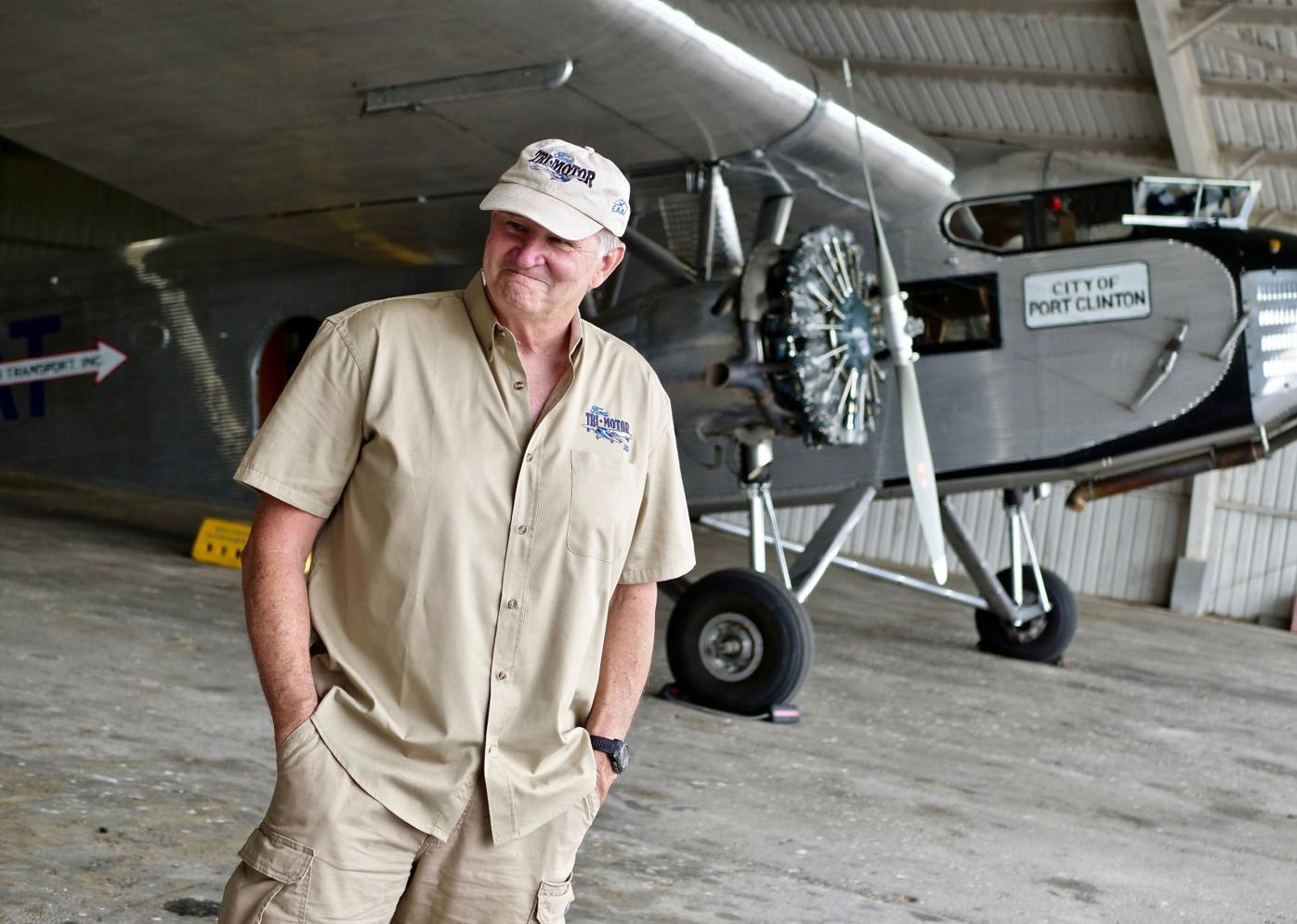 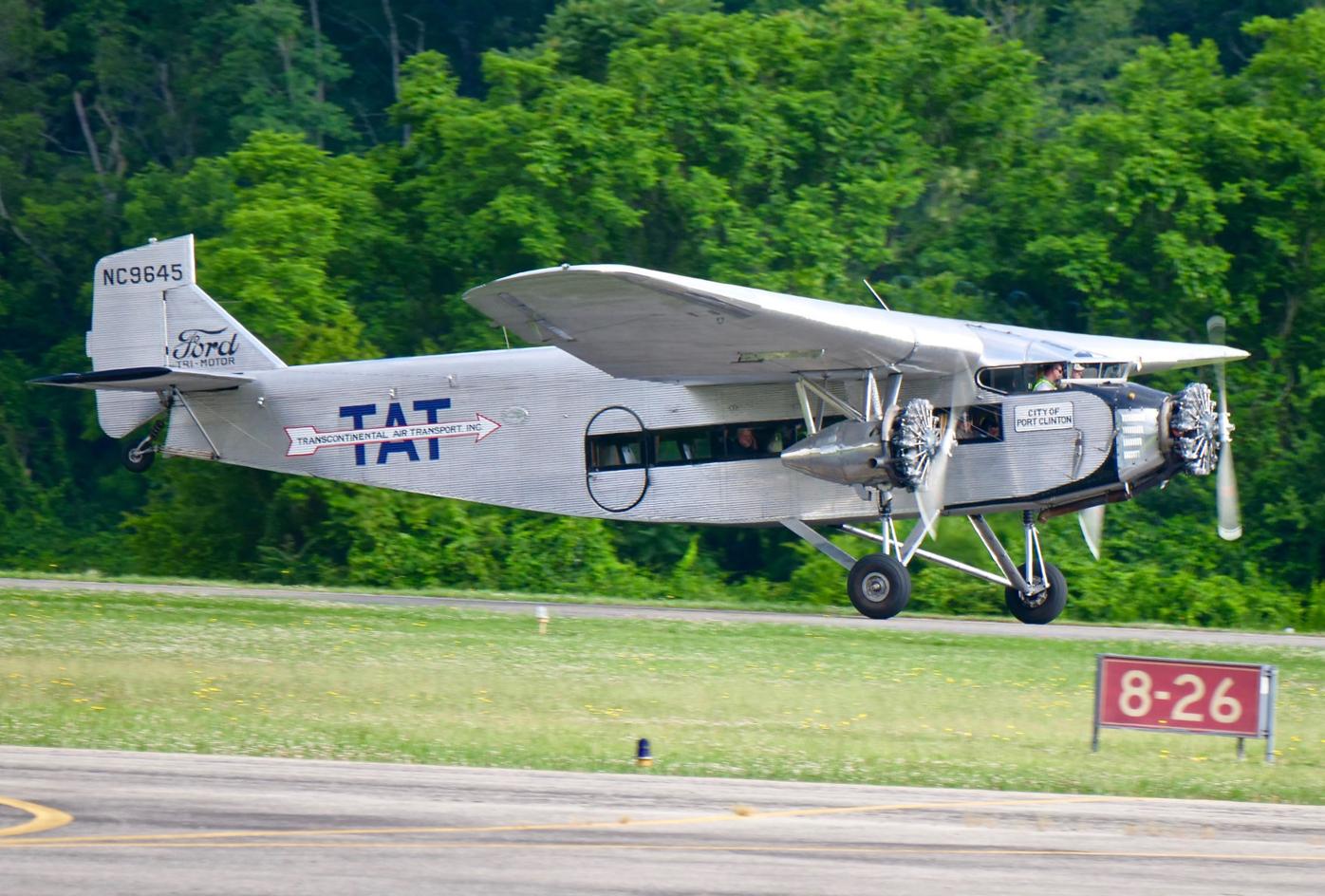 People from all over East Tennessee had the rare opportunity to take to the Knoxville skies Thursday-Sunday in a vintage 1928 Ford TriMotor by way of the Experimental Aircraft Association.

George first joined the EAA in high school and spent the majority of his career as a pilot for Delta Air Lines.

“I learned how to build airplanes back at that time, but I was also learning how to fly back when I was in high school,” George said. “I found it was really conducive to good learning to not only learn how to fly the airplanes but how to take care of them, too. I got involved in building airplanes back then. I always wanted to fly since I was a young guy and had model airplanes everywhere hanging from the ceiling. Eventually I wound up as a captain for Delta Air Lines. I started as a baggage handler and a ground service person and I ended with five-type ratings and ended up as a captain for Delta after 43 years of total service.”

The Ford TriMotor, which was the first metal, multiengine commercial airliner, was first developed in 1925. Only 199 planes have been produced.

The planes were primarily used for limited excursion services by Pan American Airways, but they were also utilized by the United States Army Air Corps, United States Navy and Royal Canadian Air Force.

Only two of the Ford TriMotors left in service are used today by the EAA, including the Liberty Aviation Museum’s 5-AT-B model used by Chapter 17 over the weekend.

“The whole world was in an uproar in (Charles) Lindbergh’s crossing, a bunch of records were being set at that time and people were really fired up about aviation,” Bill Thacker, EAA Ford TriMotor pilot, said. “Henry Ford said, ‘Hey, I think I can jack some cash out of people’s pockets if I fly coast to coast in a couple of days.’ It only flies about 80 miles an hour so it could take all day to get from Knoxville to Myrtle Beach, but again that was a lot faster than by train. You have to put into perspective what was happening in 1927.”

Based in Knoxville at McGhee Tyson Airport, the mission of Chapter 17 is “the promotion of education in aeronautics, flying safety, navigation, amateur or homebuilt aircraft, antique aircraft restoration and construction and related aero-sciences.”

The chapter attempted to bring two warbirds into town last year, but the COVID-19 pandemic put a halt to flights.

“The Experimental Aircraft Association has numerous chapters around the country,” George said. “Their purpose is to not only teach you how to build airplanes, experimental airplanes or homebuilt airplanes and do it safely, but they also have programs for young kids called Young Eagles, senior citizens is called the Eagles program. They do warbirds and antiques, and there’s a lot of facets of aviation that the EAA takes care of. Every year we have our convention the last week of July up in Oshkosh, Wis., and they have forums where people can try their hand at making some models and teaching you how to weld it so you can work on airplanes.”

Like the Muellers and other EAA members, Tierney joined the organization after developing a passion for building airplanes.

“I wanted to learn about it, and that’s the impetus of the Experimental Aircraft Association is education and learning how to build things,” Tierney said. “I ended up building my own airplane and it’s something called the Vans RV-7. It took me 16 years but I eventually got it done. We recently moved to Tellico Village from Wisconsin in 2019, and I’ve gotten to share some of my experiences and what I’ve learned. In the end, you learn almost as much as a commercial aircraft mechanic would.”