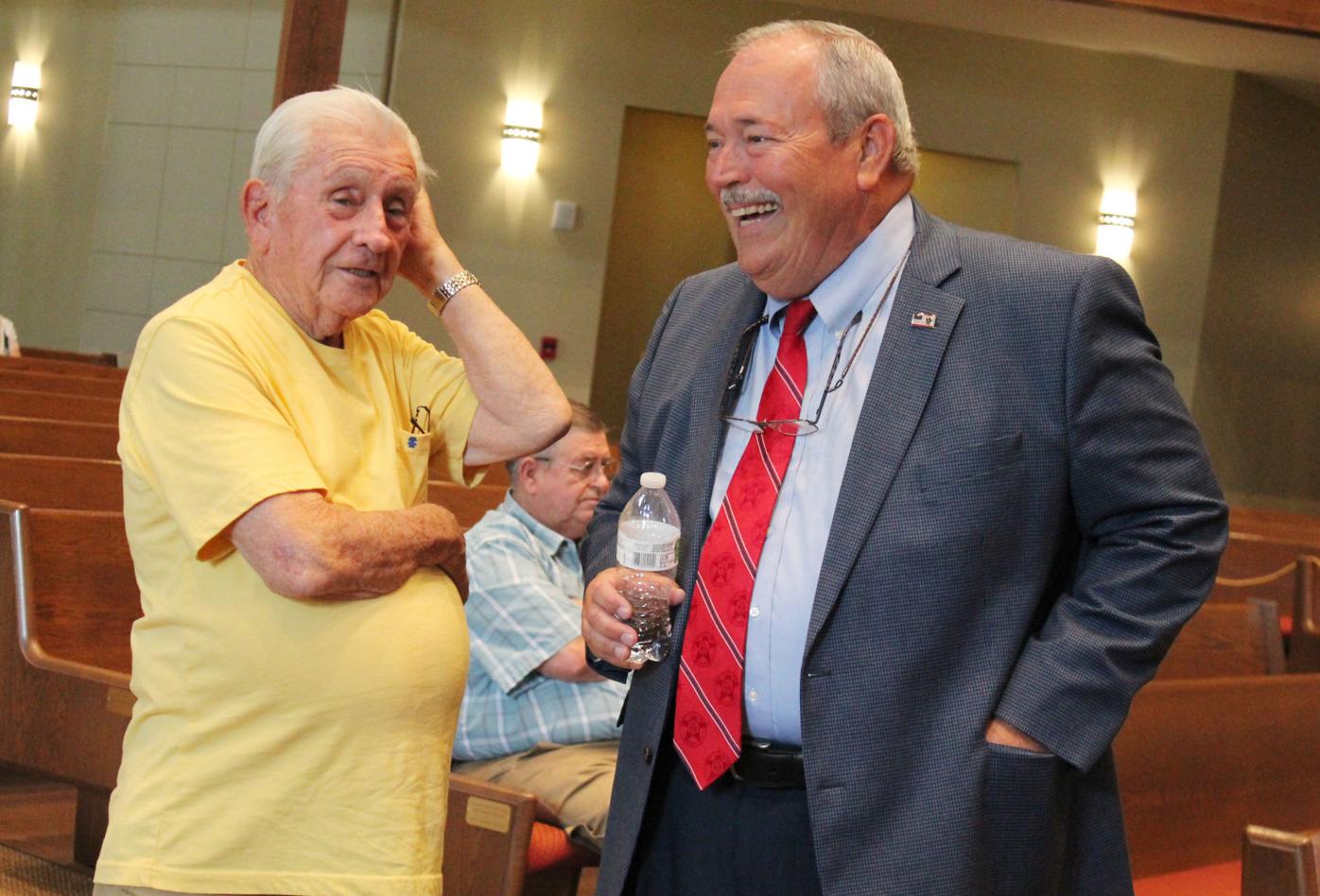 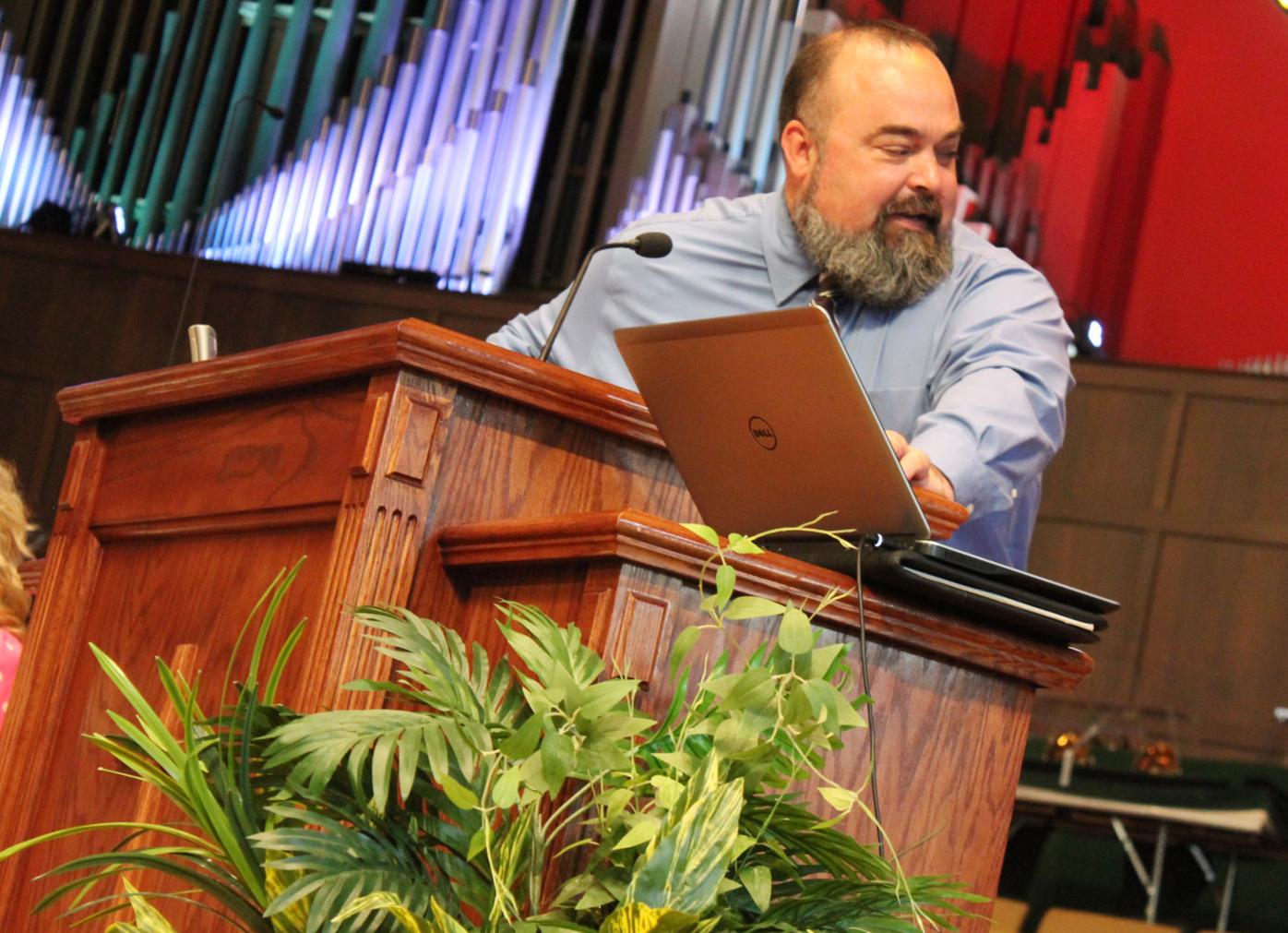 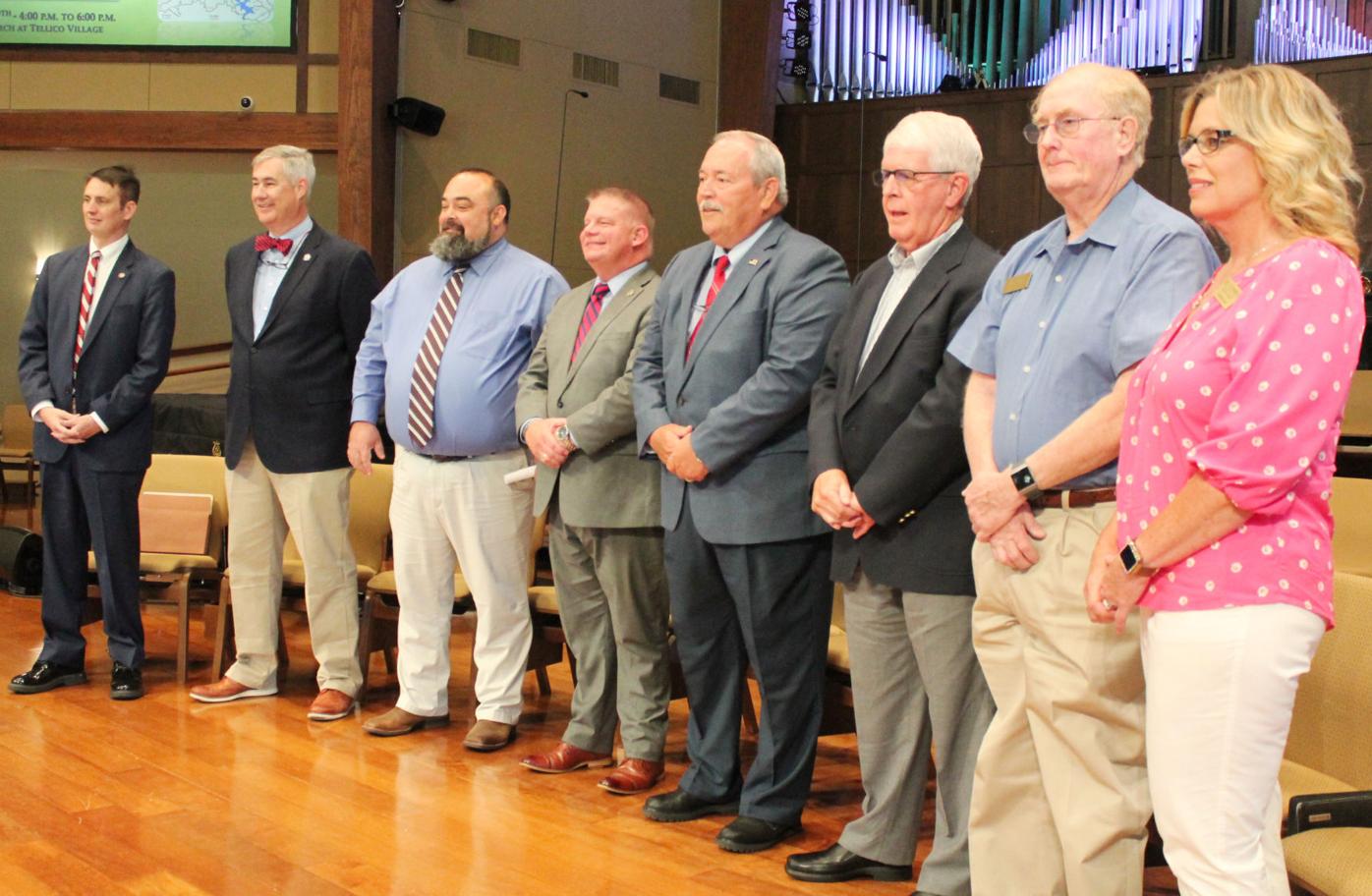 Residents descended Thursday on the Community Church at Tellico Village in hopes of getting better informed about what’s going on in their community.

“You may notice for the first time that we’re calling this meeting an open Village meeting,” Dennis Dougherty, HOA vice president of programs, said. “The HOA decided that while historically these meetings have been held exclusively for HOA membership, we felt that the information that we provide here is important to all the residents of the Village and as a result we made the decision that starting with this session, all future meetings of this type will be open to all of the Villagers of Tellico Village, whether you’re an HOA member or not.”

“It gives them a perspective on what’s happening, a general interest in the county, and then hopefully it also covers some topics that may be a particular interest to the homeowners,” Litke said.

Litke thanked Community Church for opening its doors, Tellico Village Broadcasting for livestreaming and recording the event and HOA representatives Dougherty, Gail Link and Chris Sanders for their work organizing the effort.

Speakers were given 15 minutes to provide updates. Topics were suggested by the HOA beforehand, but each speaker could choose.

Questions from in-person and online viewers were answered at the end. Litke said any question not presented at the meeting would be published in a later HOA Voice of the Village email.

Bradshaw touched on restoration of the Loudon County Courthouse, the COVID-19 pandemic’s impact and county growth.

“Looking through this we started the budget of our 2020-21 fiscal year just about the time the pandemic started to set in,” Bradshaw said. “We didn’t have a clue what to expect. We were very ultra conservative, really, maybe even to a fault of what we budgeted out and three months into it we look at it and we’re like, ‘Maybe we were too ultra conservative with it.’ We’ve seen revenue come through the roof here in Loudon County. ... Our sales tax numbers are almost 100% up by the month to where they had been the last two or three years. We’ve really encouraged to shop local and stay local, keep local dollars here, and Loudon County’s bought into that. Our property tax came in as far as collections right at 100%, we do that about every year and then our sales tax numbers have been absolutely through the roof.

“... Our tax penny is roughly worth about 220-some-odd-thousand-dollars, roughly,” he added. “For a county this size to be able to have that value of a penny is amazing. It’s because of our people.”

Bradshaw was also proud to report Loudon County ranked No. 1 in the state in vaccinations for COVID-19.

Campbell used the gathering to hopefully alleviate concerns Villagers may have with property reassessment.

“That’s been the No. 1 question on the assessment change notice is, ‘What does it mean to me financially?’,” Campbell said.

“There’s a lot of questions on reassessment,” he said. “Nobody understands the certified tax rate. When your values go up, the certified tax rate goes down. They all think their property value’s going up and their taxes are going through the roof. There’s a lot of misinformation, so that’s one of the things. All we want them to do is get information as to what’s going on in the county.”

Meers highlighted the recent property transfer from the county to Covenant Health for renovations to Fort Loudoun Medical Center.

Loudon County Commission in April unanimously approved transfer of the property that had been leased to Covenant since Nov. 12, 2004. The county lease didn’t expire until Dec. 31, 2034.

Covenant plans to construct a new 25-bed wing with private rooms and renovate existing space at a cost of $12 million-$15 million.

“Health care is one of three areas that I’m trying to concentrate on, health services education and public safety,” Meers said. “... The big thing is just explain to people the consolidation, what are the good results from it and from there I think it’ll be a win-win situation for everybody because 65, 75, 85 years of age, Loudon County’s No. 1 in the state as far as heart problems and that’s scary because I’m in that area. That’s not a good feeling to be in it.”

Littleton-Brewster gave an update on Asian carp making their way to Loudon County. She said there is federal legislation for funding to research and prevent the invasive species from migrating into the area. She worries about a negative economic impact.

“Because Loudon County, our waterways and our lake is one of our assets,” Littleton-Brewster said. “I’m sure that is going to affect in years if we don’t prevent the Asian carp from migrating into this area. That’s a concern of all citizens of Loudon County. It could take revenue out of our county.”

To watch the the event, visit the Tellico Village Broadcasting YouTube page or www.hoatellico village.com.

The HOA will hold a State of Monroe County 4-6 p.m. June 24 at the Kahite Community Center. Speakers are still being determined, Dougherty said.