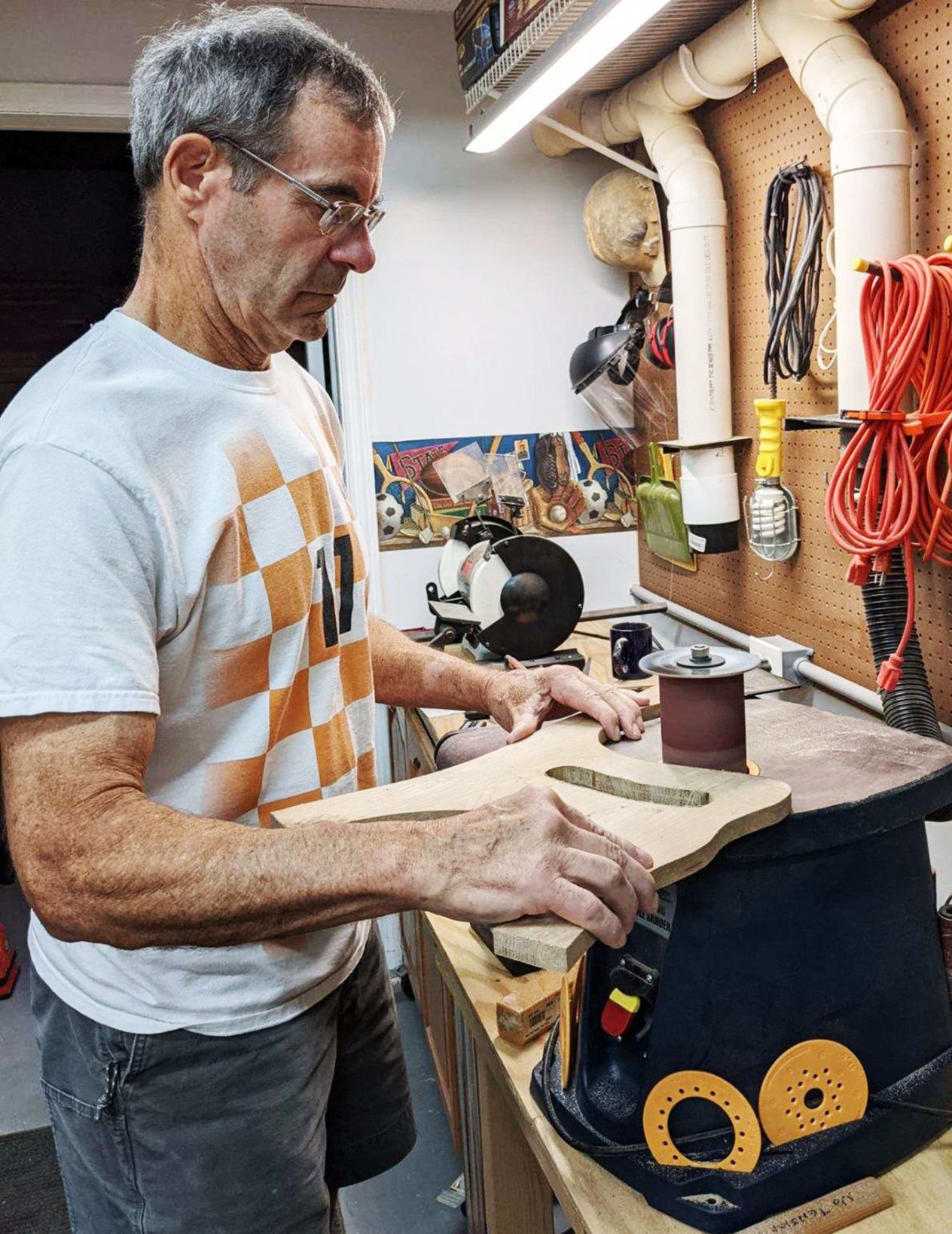 Woodworker Barry Brandt crafts a toy for Toys for Tots. 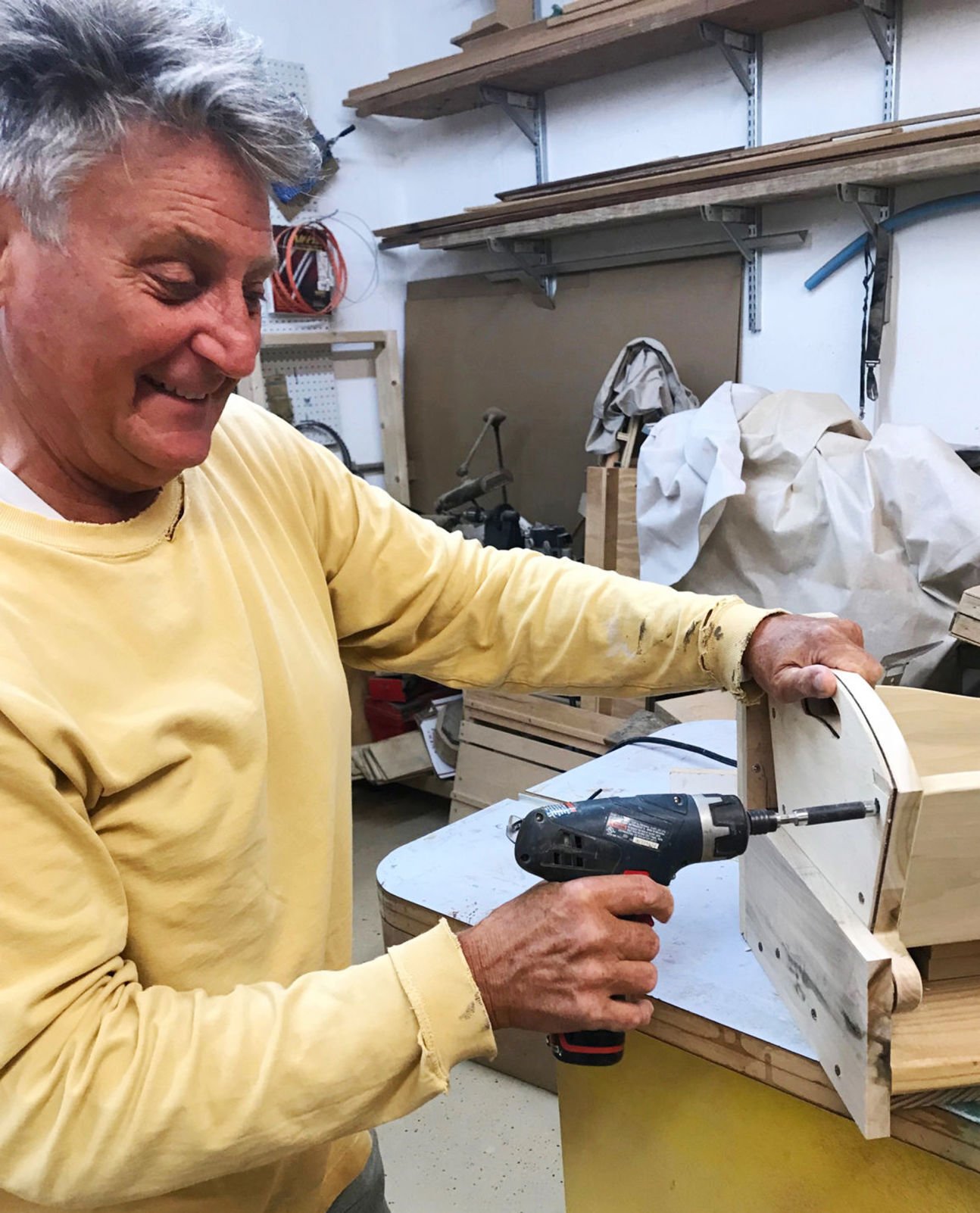 Woodworker Dennis Stoner prepares a toy for Toys for Tots.

Woodworker Barry Brandt crafts a toy for Toys for Tots.

Woodworker Dennis Stoner prepares a toy for Toys for Tots.

With December nearly here, local Toys for Tots volunteers will soon ramp up shopping for children just in time for Christmas.

Debbie Hines, Loudon County Sheriff’s Office secretary and local Toys for Tots coordinator, said she expects about 200 children from 162 families will be served this year. That marks a slight decrease over last year’s total of 225 children from 179 families.

Hines said she will still accept families and put them on a waiting list.

She hopes the decrease means things are looking up for families.

Hines said she expects toys to start coming in after Thanksgiving, which should give sponsors plenty of time to shop.

With no off-site Toys for Tots location, the program will for the second year be held at LCSO. Last year’s worked better than Hines anticipated, and she doesn’t expect this year will be any different.

Families will come to LCSO and pick up toys when available. Hines hopes to have all toys distributed by Dec. 17.

“If I can’t get ahold of them by phone I’ll just drop a card in the mail and they’ll just pick up here at the justice center between ... 9 a.m. and 3 p.m., and we don’t have lines,” Hines said. “... Home Depot loaned us a couple of buggies so we would just let them use the buggies to take their stuff out and bring us the buggie back, and we’d help them if they needed it.”

One local contributor to Toys for Tots each year has been the Tellico Village Woodworkers Club, which provides handmade wooden toys for children.

“The workmanship particularly, there are some of the toys that we get that are just amazing,” Bolton said. “I mean they range from a wide range of things from a simple spinning top to a car, a truck. There’s game sets that require quite a bit of intricacy and work to take care of, and then just some of the more creative things. There’s one group that made the three-wheeled carts. It takes a little bit of pulling that together and getting it all worked out. That’s something now that they’ve done a couple of times, they’ve worked out the bugs, but there’s a lot of things. One of the members makes a great truck.”

Unlike in years prior to 2020, the club will not provide LCSO new toys donated from the community. Those instead will go to other causes.

“Those toys will be donated to some local charities because by that time the sheriff’s department doesn’t have time to put those together,” Bolton said. “One of the reasons that we opted for that is many of the Villagers start their Christmas shopping now until early December, so if we got too early with trying to get it to the sheriff’s office then we lost out on that of providing that contribution.”

Charitable groups the toys will go toward this year “almost immediately” after the Dec. 10 collection deadline include the Helping Hands Ministry, Boys & Girls Club and Good Samaritan Center of Loudon County, Bolton said.

The club will also for the second year not have a community display of the toys crafted. Bolton said the club would be open to bringing it back in the future if possible.

“We have members that are very accomplished woodworkers and we get beginner level, so this gives them an opportunity working on a project, working through this,” he said. “I think there’s a quote at the bottom of the (announcement that) giving a toy might make a difference in a child’s life, maybe not all children but certainly one child. Just the overall end goal of charitable work and making sure the children have some cool things. Wood toys are very durable, not something that requires batteries.”