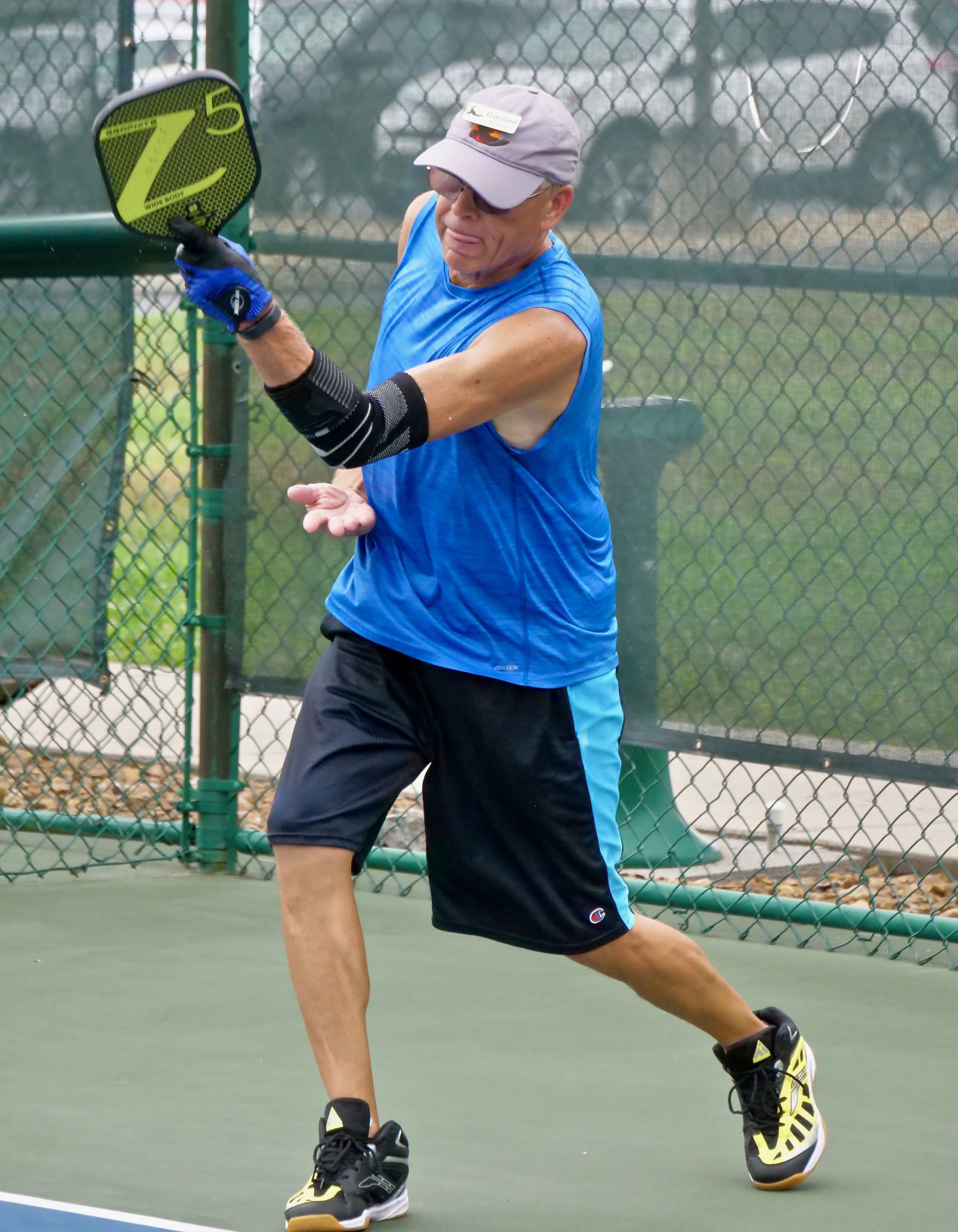 Gordon Young serves during a pickleball match at the Wellness Center. 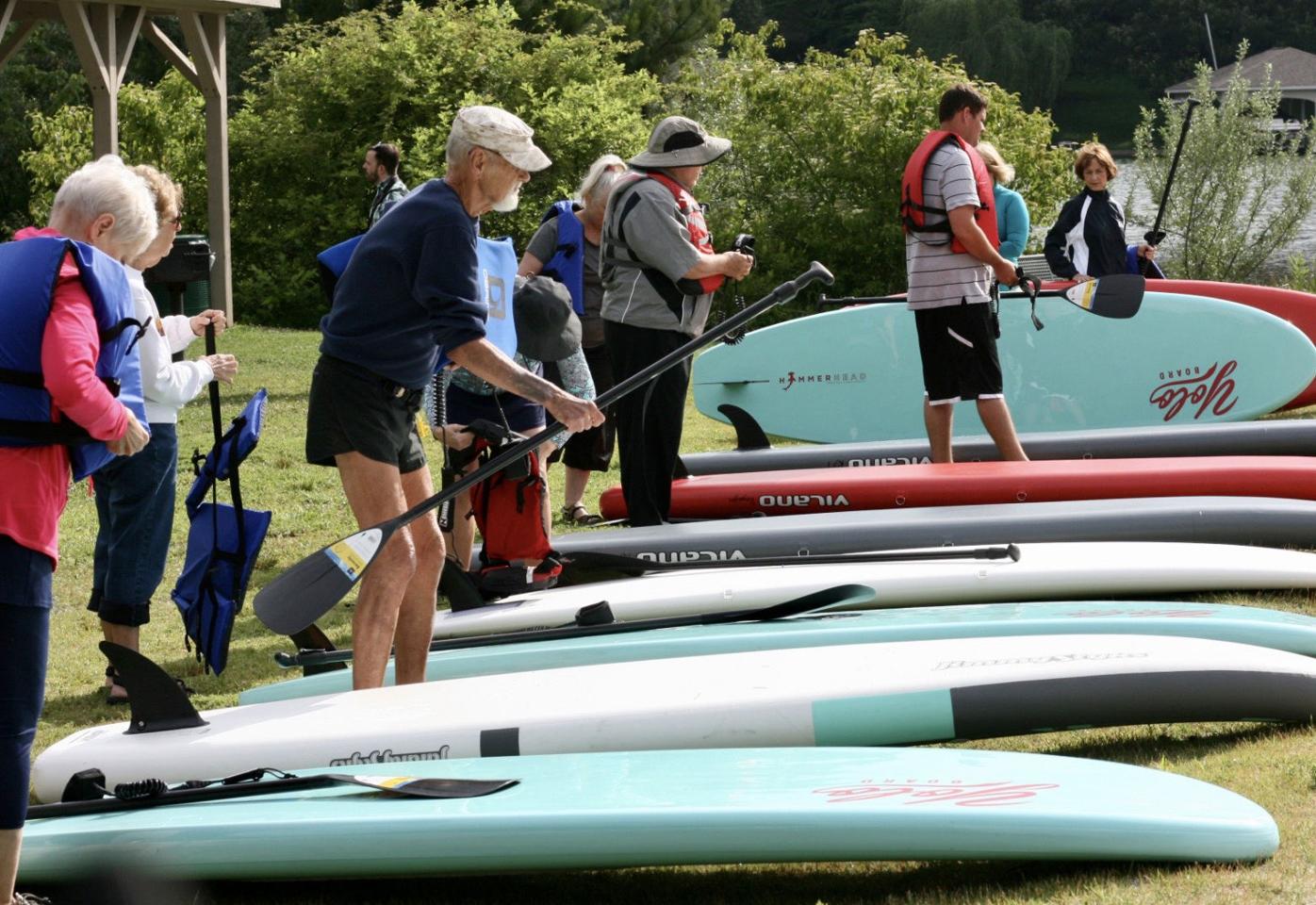 A group of Tellico Village residents prepare for a Paddleboard 101 class at Tugaloo Beach Pavilion.

Gordon Young serves during a pickleball match at the Wellness Center.

A group of Tellico Village residents prepare for a Paddleboard 101 class at Tugaloo Beach Pavilion.

Tellico Village residents are making the most of the summer and staying active in the midst of the COVID-19 pandemic.

After nearly five months of limited operations, the Tellico Village Recreation Department is returning to a sense of normalcy.

“The balance for us is, first of all, we want to do things safely, and we also want to provide activities for folks physically and mentally because we need that right now,” Bradbury said. “Particularly with our classes, we need to work on lung capacity, our strength and our endurance. We need to work on our immunity system and make it stronger, and those are things that you do.

“At the same time, we need to be going by the governor’s Pledge guidelines, so we’re following that,” he added. “The way we make decisions on this is by what the governor puts out, then we meet with the staff, the Recreation Advisory Committee and analyze, ‘How can we best make this happen?’”

Kayaking and Paddleboard 101 have been two of the biggest classes this summer.

“We kicked off our Kayak 101 and we’re doing them twice a week now where people can reserve a kayak and just go out,” Bradbury said. “On Fridays, we do a Paddleboard 101 class where we’re teaching people how to use a paddleboard. We also have a Kayak 101 on Fridays, and that’s where we teach them how to use the equipment and take them out on the lake. Those are safe outdoor things to do, and we’re getting quite a few people out in those.”

Through all of this, golf has remained the top recreational activity in the Village.

“You just look at the world in general, and the sport that’s flourishing the most is golf because of the nature of the game,” Chris Sykes, director of golf operations, said. “It’s a game of social distancing, and it’s a game that you can play without touching anyone’s equipment except your own. The tour’s been back playing for several weeks and doing really well and kind of took on a captive audience, which we do here as well. Everybody’s here, people aren’t traveling and seeing they can have some outdoor recreation through the game of golf and do so safely.”

The golf department has set record numbers this summer. In June, golf in the Village brought in more than $51,000 in merchandise sales alone.

“Across the country, golf is booming and Tellico Village is just a microcosm of that,” Sykes said. “I think we’ve been more successful because we never had to shut down at any point in time. We navigated that very carefully and we’ve got a captive audience here in Tellico Village. We’re excited about that, and I know the rec department is doing an incredible job managing a different set of circumstances. One of the assets of golf is just being able to play in the outdoors and it’s safer.”

“We’re still kind of where we were, but we do have some skill-level play times now that Simon and Larissa (Lownsdale) were able to get us,” Pat Clemens, club president, said. “That’s working out really well. People are getting a chance to play with people they probably haven’t seen in a while so that’s good. We’ve got our orientation classes back in place, so we’ve got new players that are being trained. Other than that, that’s kind of where we’re at. We had a backlog of about 40 people.”

Reservations for the use of facilities and recreation classes are available online at www.schedulepoa.com.

“You can pick from a menu,” Bradbury said. “We have an open swim and a demand for that. People tried and liked it, and now we have an evening session as well. People really like that because they can go out and they know who’s going to be there. Most of the feedback I’ve gotten is people really like it.”