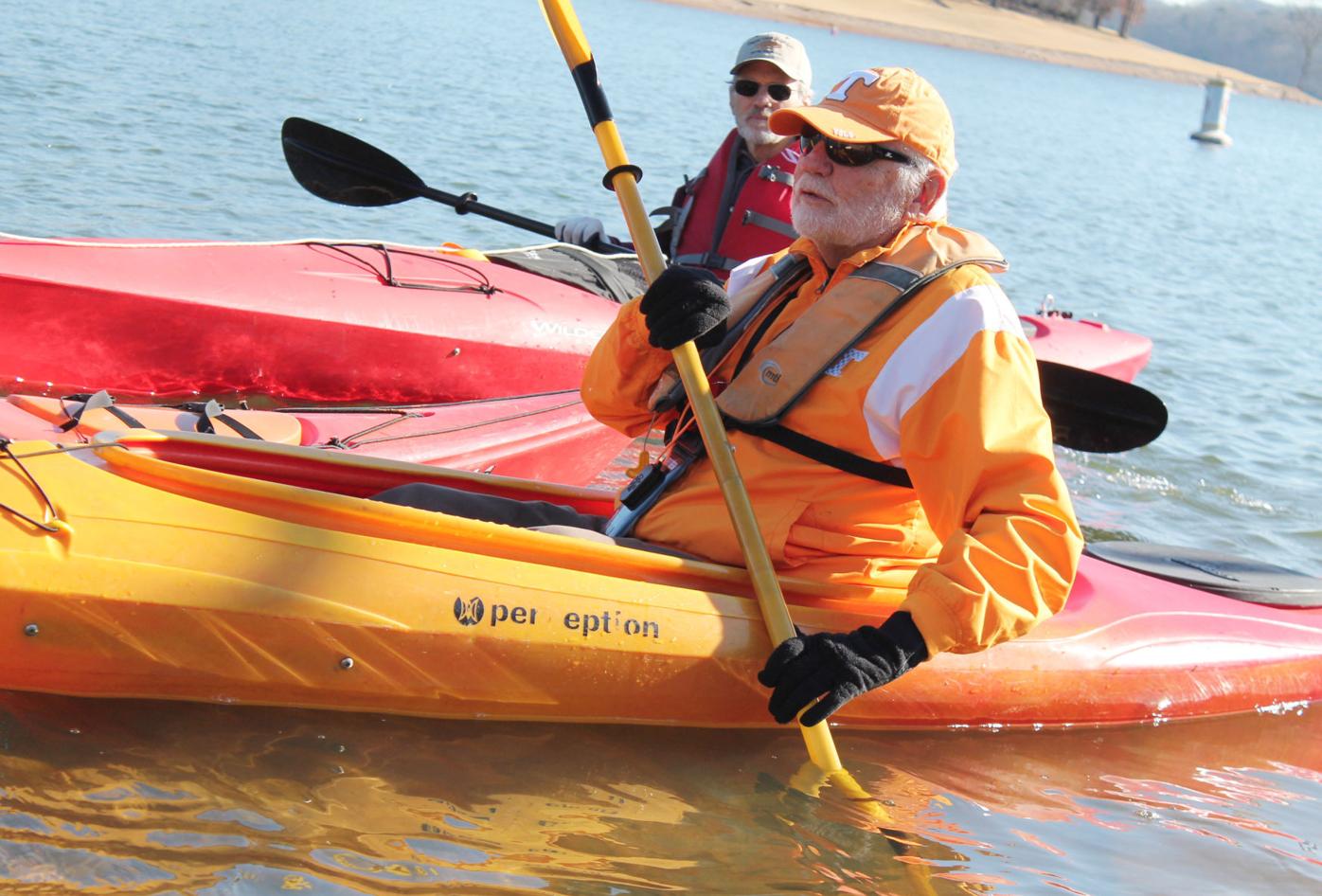 Tom Schemberger speaks with other kayakers while waiting to begin a trip on the lake. 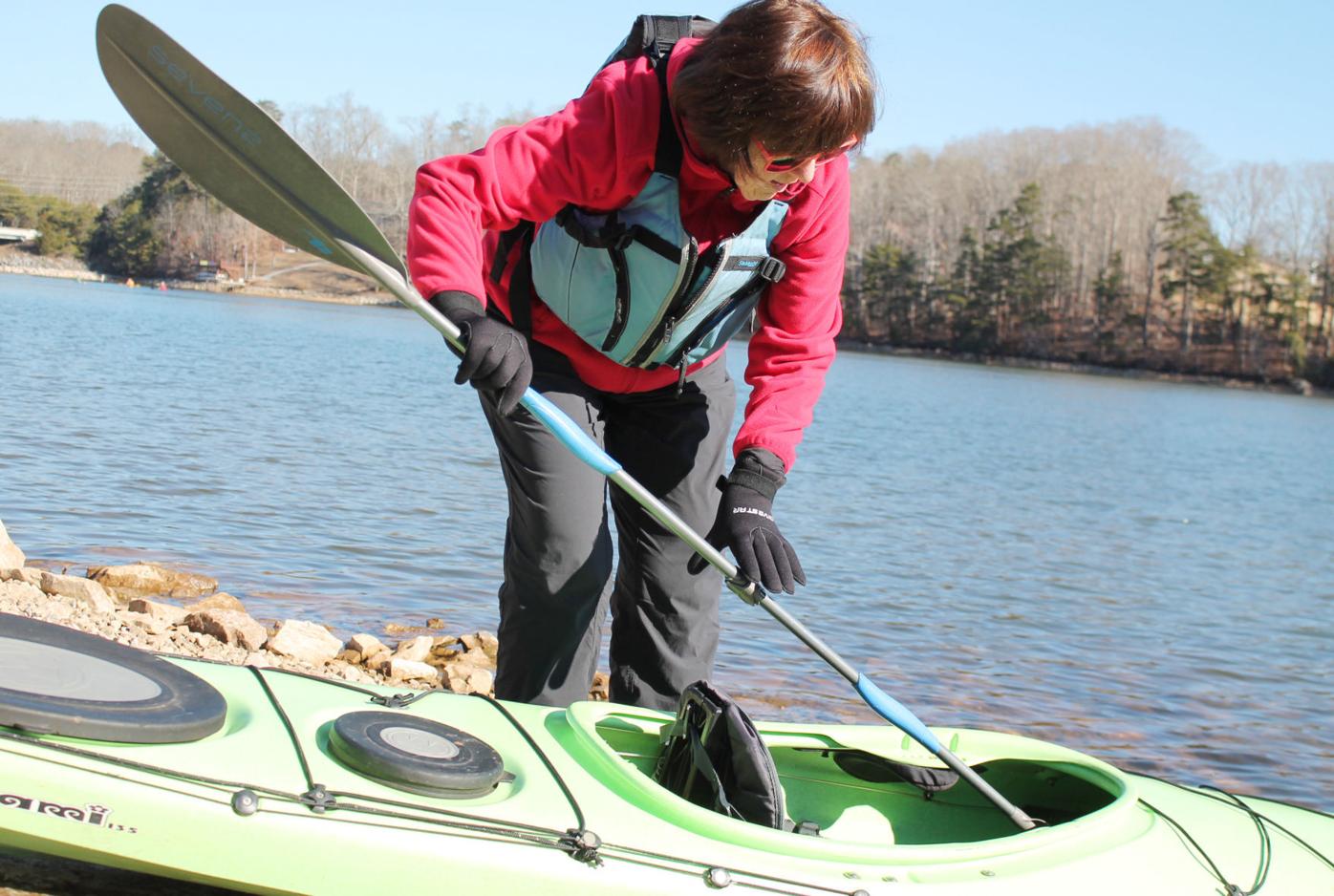 Joyce Winn gets ready for the kayaking trip. 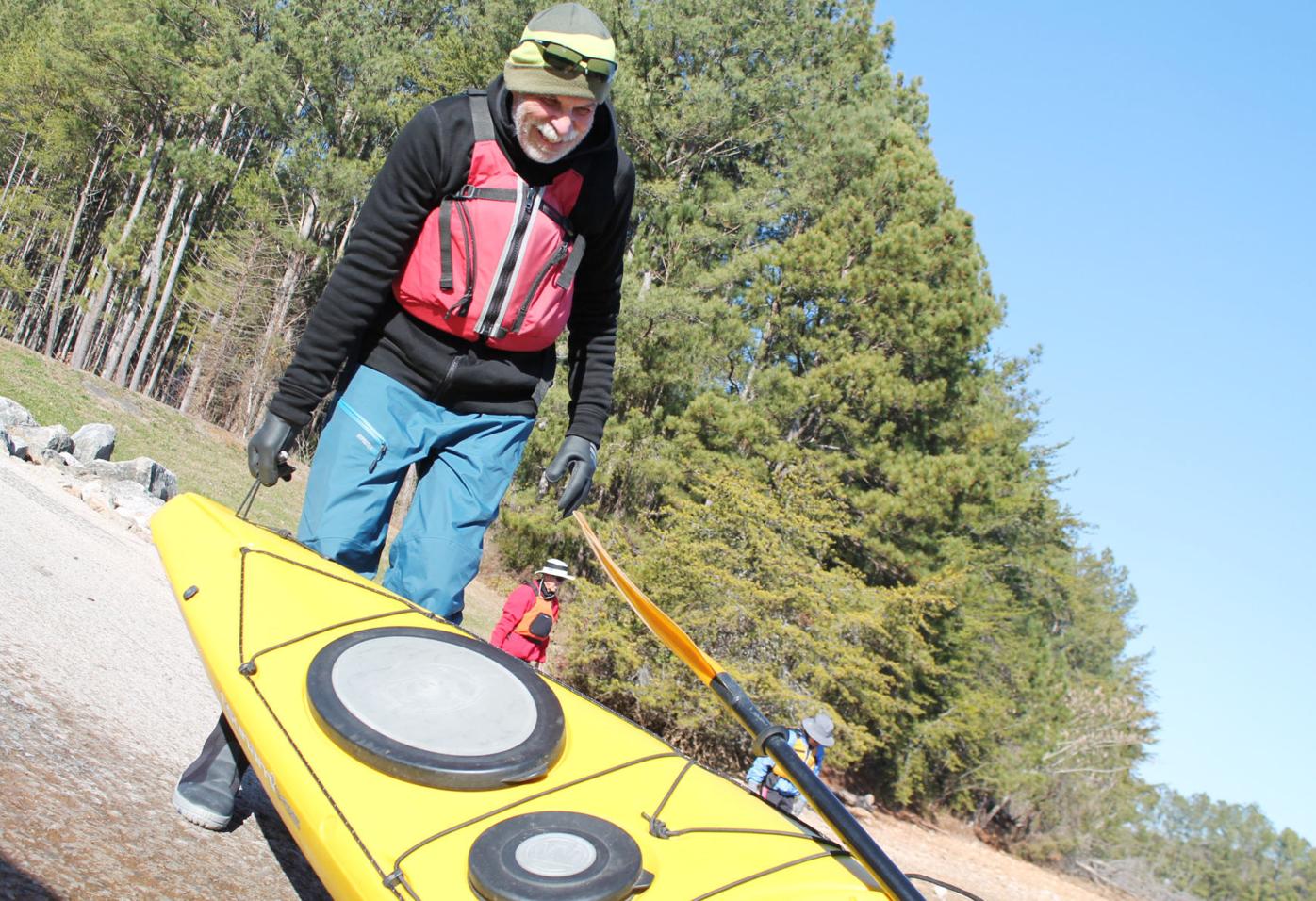 John Winn pushes his kayak into the water.

Tom Schemberger speaks with other kayakers while waiting to begin a trip on the lake.

Joyce Winn gets ready for the kayaking trip.

John Winn pushes his kayak into the water.

A group of Villagers who kayak has gathered nearly each week for a year as a way to take in nature and socialize.

“This started last March where we wanted to be able to do something socially and also get a little exercise,” Tom Schemberger, group coordinator, said. “There are other kayaking groups in the Village, but they only go out like once a month and we thought we’d like something a little more regular. We started in March of 2020 and it turns out, I’m going to say 95% of the time, it’s Thursdays we go out ...”

The group met a day earlier last week at Clear Creek Boat Ramp because of a rain forecast.

“... We’ll go out and we’ll paddle for an hour, hour and a half, and then we pull up on the beach somewhere and have a little snack and then we paddle back home,” he added. “I counted in my mind that we have something like 18 different places we can kayak to and get out, make it kind of a social thing.”

Schemberger estimates since March the group has only missed three weeks.

The trips are relatively short — lasting about three hours — but they achieve Schemberger’s goal of getting people out. Trips are laid back.

“It’s recreational kayaking, and it’s not a race,” he said. “We take our time. Mostly it’s a social thing, and it’s really all of us visiting with one another and yet we’re social distancing.”

And the group has grown.

“I live back in Toqua Coves, which is on the other side of the bridge, and there’s a peninsula out there and on that peninsula we have about five people that kayak,” Schemberger said. “It started out as our group from the Oonaga Way neighbors getting together for kayaking. Then the neighbors would have friends that wanted to join, and so the group has grown. Then we started saying, ‘We always start out coming under the bridge anyway. People that want to join us can launch here’.”

Gatherings span between six and 16. Some have participated since the beginning, while others are newcomers.

Jan and Paul Jacobson joined the group last week for the first time. Jan’s sister, Dolly Garnett, got them involved.

“My sister lives in the neighborhood of Toqua Coves where this group originated and she has done this trip many times with the group and she’s the one that told me about it originally,” Jan said. “We moved here in September, so we haven’t been here long, but we’ve been wanting to join the group. Got on Tom’s email list just this last week. Some friends have been coming, and so we wanted to check it out ourselves because we own kayaks and we enjoy kayaking and were looking for ways to meet people. This seemed like a great opportunity to meet people safely. ... You can easily space away from each other. Getting vitamin D, which is, from what I understand, is very important for curbing off COVID. Getting outdoors, doing outdoor activities in a socially distanced manner.”

Joyce and John Winn joined in September after hearing about the gathering through friends.

“It’s the only thing on my social calendar and I really enjoy that,” Joyce said. “I love the people, the people are great. Met a lot of new friends.”

Joyce said the gatherings are an opportune time to get out and socialize in a safe manner.

Guy Stilson started about a year ago and had “very little” experience kayaking. He said Schemberger “showed me the ropes,” and now he owns a paddle kayak, which helps him get aerobic exercise.

“You’re just out. You don’t get cabin fever,” Stilson said. “Like last week, we saw a bald eagle in a tree. One week we saw a deer swimming across the lake. It was like right in front of us. Just the sights and the camaraderie of the group.”

“Everyone here absolutely loves being out on the water,” Schemberger said. “We get these fantastic views of the mountains. We’ve seen eagles, we’ve seen deer swimming in the water out of Jackson Bend Island, we’ve seen beavers.”