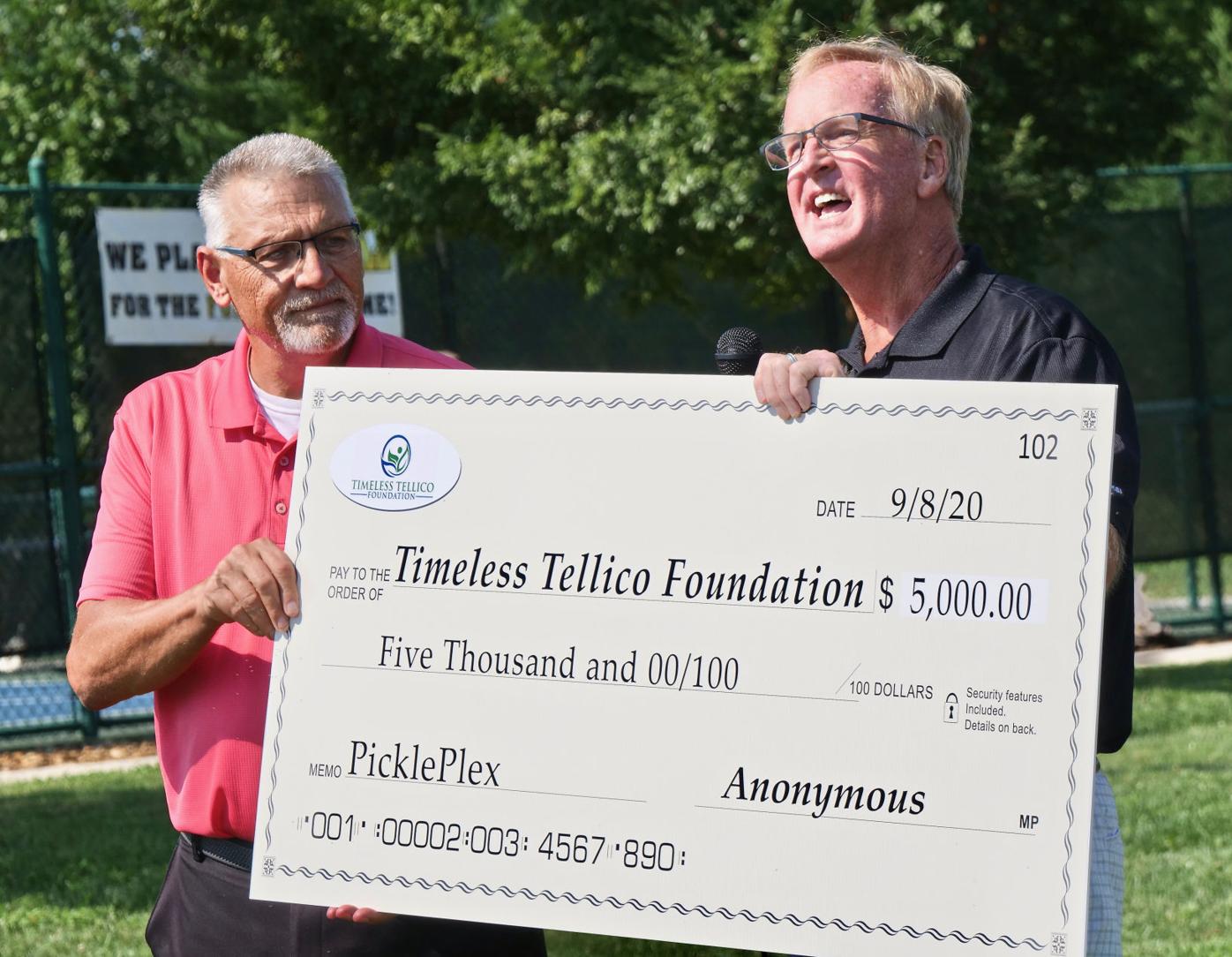 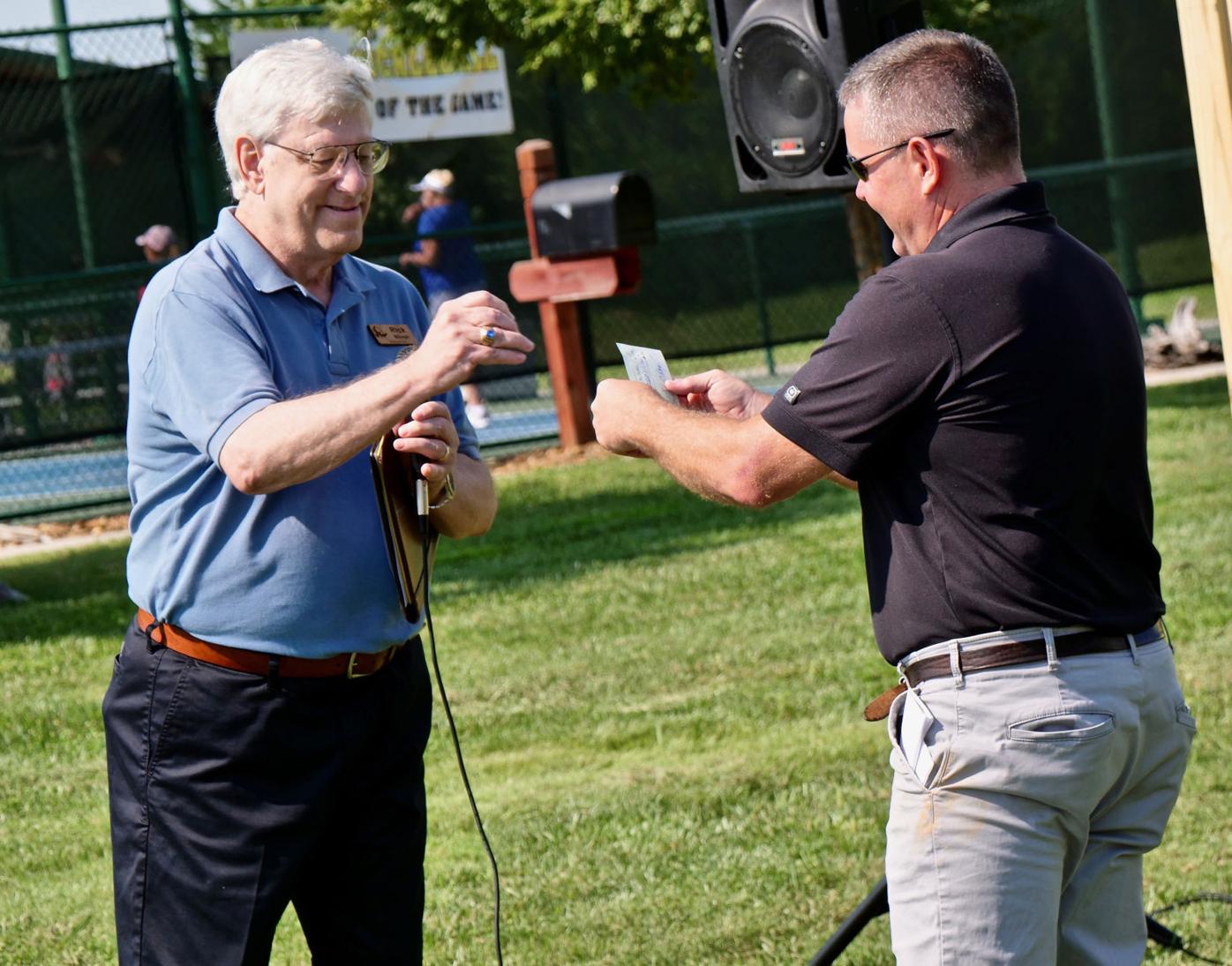 Pickleball players in Tellico Village will soon have the luxury of playing indoors.

Members of the Tellico Village Pickleball Club and the community met Sept. 8 at the Wellness Center for a kick-off presentation for a state-of-the-art indoor pickleball facility to be placed between the current courts.

“I want you to imagine three things — sleet and snow, pouring rain or 95 degrees and a 77 percent dew point,” Pat Clemens, TVPC president, said. “That’s what this is all about. As far as the club is concerned, we’re behind this 100 percent. The board has already made a donation on behalf of the club, and we want to see this happen because we know it’s going to benefit everyone. We’re going to be able to use these courts in the most inclement weather, the worst days, but we’re also going to be able to use them on good days.”

Several club members made donations during the presentation, including a $5,000 donation from an anonymous donor. The club also presented a $15,000 check to TTF to kickstart the project.

“This is our first capital project of putting something in the ground,” Bradbury said. “For me personally and professionally, one of the most rewarding things to be doing is foundation work. I’ve been working in parks and recreation, and I did one in Pigeon Forge where I put in a handicap playground that’s now a $1 million playground. For me, it’s very exciting when we were approached by the pickleball club because there’s a need there to have it. To me, this is a perfect first major project.”

The idea for the project came about last year following a club-wide survey.

“It was last summer and the club is just cranking along with about 700 members, and we’re getting input from people all the time,” Rich Karakis, former TVPC president, said. “I was on the (TVPC board of directors) at the time and we sent out a comprehensive survey to the entire membership. Overwhelmingly, the results of the survey showed that more than anything else, the people thought we needed some covered courts. 80 percent of respondents said that was their concern, and we took this concern to Simon and to the POA.”

Karakis turned to TTF to help spearhead the project.

“Everyone knows that the POA right now is struggling to try and keep the community along with other commitments and other things that have to get done,” he said. “They’re working off the long-range plan, which right now doesn’t call for any additional amenities for next five to seven years. So what do we do? We went to the Timeless Tellico Foundation, and after these discussions we all agreed that the addition of four courts would be exactly what the Village needs.”

The PicklePlex is estimated to cost nearly $300,000. Karakis said the project will be completed “in phases” as donations come in.

“I don’t know about you, but this is an exciting time for me and a passionate labor of love that I hope we can complete in short order,” Cataldi said. “Our mission is to improve and develop new recreation amenities, programs and equipment. It was determined by all that this project was exactly the type of project the TTF was created to exist.”

Rick Blough, POA Board of Directors president, believes the facility will only enhance the Village’s pool of resources and potentially draw future residents.

“This drive will allow us to move it forward for the long-range plan of the Village,” Blough said. “I’m greatly pleased to support the foundation’s efforts, and our goal is to raise $150,000 for this project. As I understand it, we’re already off to a flying start. I’m certainly very excited to see this project coming to fruition.”

Donations can include cash, requests, matching gifts, charitable trusts, direct transfers and gifts of appreciated property. Donation forms can be picked up at the Wellness Center, Chota Recreation Center, The Links at Kahite clubhouse or the Tellico Village Welcome Center or email at timelesstellico foundation@gmail.com.