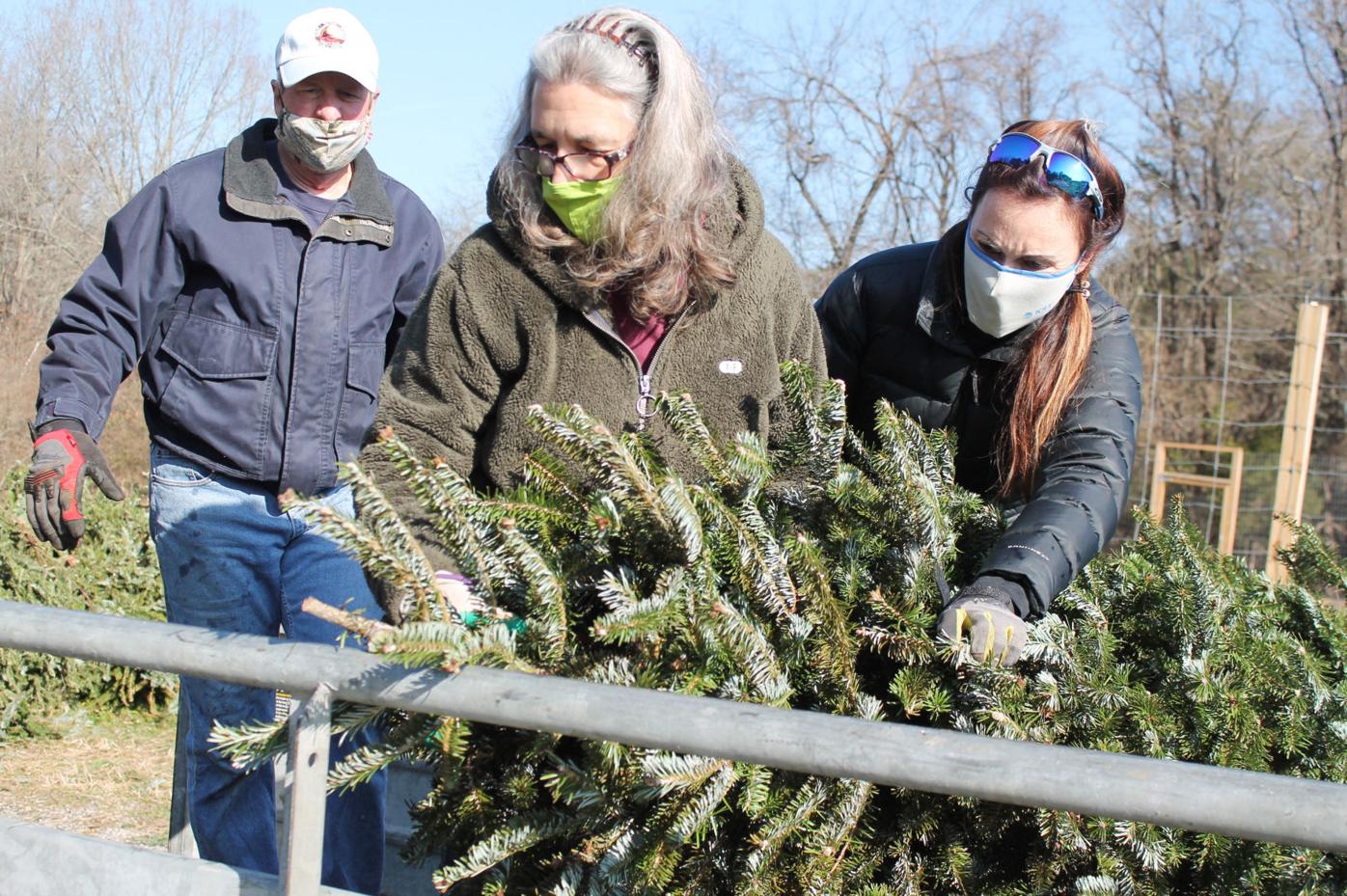 Gary Giffen, from left, Lynda Parker and Carine Ramirez stack trees into the back of a trailer. 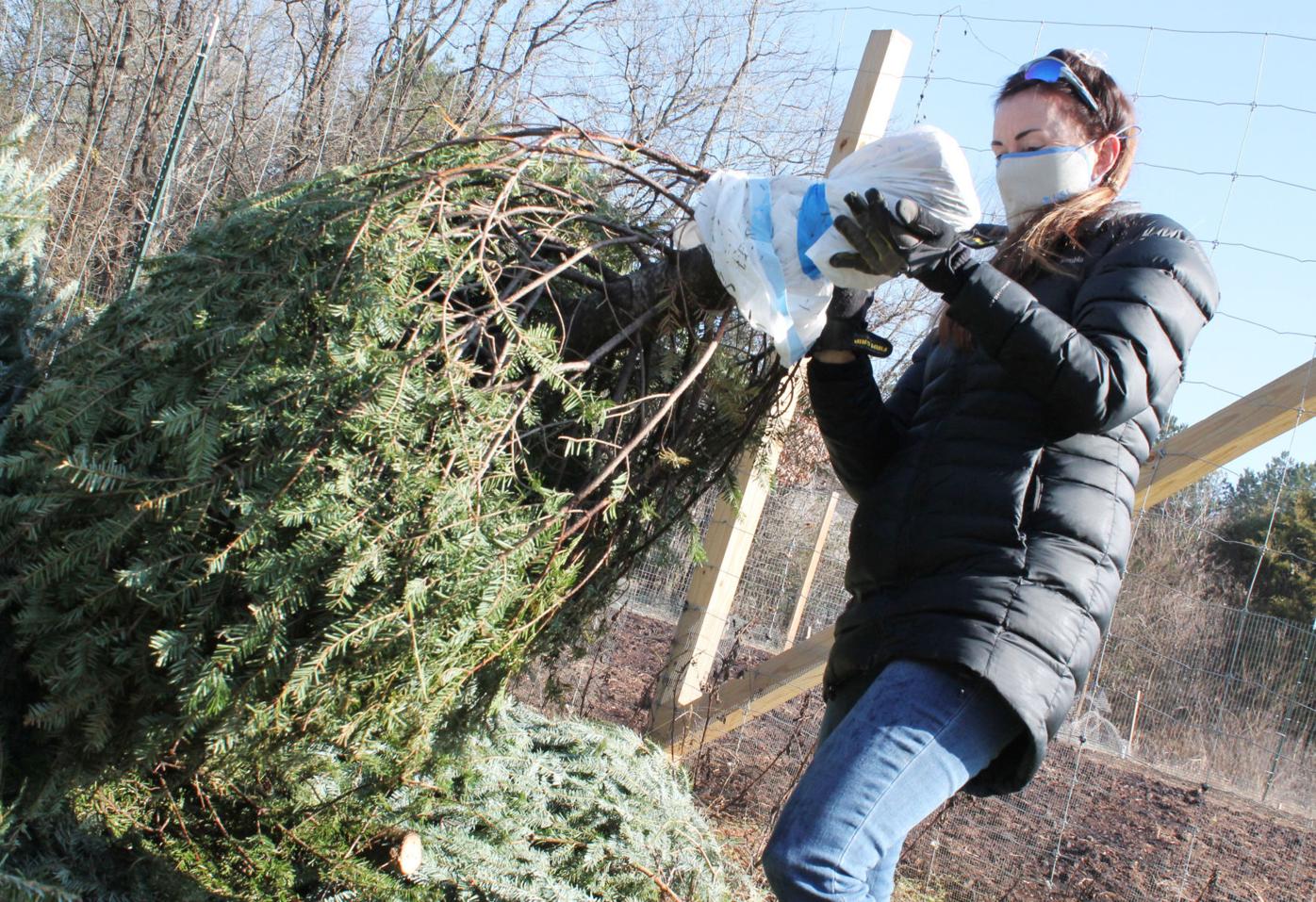 Carine Ramirez grabs a tree and puts it into a trailer.

Gary Giffen, from left, Lynda Parker and Carine Ramirez stack trees into the back of a trailer.

Carine Ramirez grabs a tree and puts it into a trailer.

Lynda Parker and a handful of other volunteers stacked Christmas trees in the back of a trailer Thursday so they could be transported across the state for a good cause.

This year marked the second time Parker has delivered holiday trees to The Elephant Sanctuary in Tennessee, something she feels is worthwhile despite the four-hour drive to Hohenwald.

“Last year I got a Christmas tree, I got a live Christmas tree, and at the end of every Christmas I was like, ‘What am I going to do with this? I don’t want the POA to just grind it up. I’m sure I could find something better to do with it’,” Parker said. “I found out about the elephant sanctuary and it’s a four-hour drive and I was like, ‘That’s too far for just one tree,’ so I managed to collect about eight trees last year and that I felt made it worthwhile, and I thought, ‘Well, next year I’m going to plan it a little better and do a little bit of coordinating and get more people involved.’ Look what happened.

“... I did put something on Nextdoor last year and I got about six people actually bring their tree to my house, but I don’t have room to collect everybody’s trees,” she added. “Then last year I also took the trailer, the day that I picked up the trailer, I just drove around the Village and picked up trees that I saw laying on the side of the road.”

Parker and others gathered at the Tellico Village Community Gardens to load 37 trees.

“This year there was just a lot more enthusiasm about it,” Giffen said. “Obviously by the pile of trees, a lot more involvement, and that just requires a little more help. I didn’t have anything to do that was nearly this important. ... The whole concept of feeding elephants who are at the stage in their life that they need humans to help them survive, that whole concept just makes all kinds of sense to me. We were thrilled to have this opportunity. When I think of all the years we’ve had real trees and didn’t give it much thought. To have Lynda come up with this terrific idea, we definitely are on board with that.”

Ramirez rode with Parker on Friday.

“I’ve volunteered in other organizations, but I saw Lynda had posted something on Nextdoor about the efforts that she was doing and asking people to donate Christmas trees,” Ramirez said. “I was very passionate about her mission and then I reached out to her to see if she needed any additional support and she said that she didn’t have a driver this year and I asked if I could drive with her. ... I used to have animals — three dogs that have passed and I have a cat now, but my husband and I are about passionate about zoos. We love going to zoos. We’ve been doing that for 30-some years. I don’t know, it’s just an internal feeling that you have.”

Parker, who is president of the Tellico Village Naturalist Club, grew up an animal lover.

“Elephants are such cool critters,” Parker said. “They’re so intelligent and they’ve been so abused for long and the sanctuary is just an incredible (place). It’s just so cool that they have a place where they’re living with other elephants living out the rest of their life without being a public display.

“... They give (trees) to the elephants and the elephants eat them and play with them,” she added. “One elephant has actually learned how to scratch her back with it. She’ll take the tree and throw it up on her back. They told me that when they get the trees to the elephants there’s nothing but a stick left when they’re done. Some of the elephants even scrape the bark off the trunk.”

Parker plans to make the collection a yearly effort for the sanctuary.

“I hope to get more people involved in the coordinating of it,” she said. “It’s a lot on me, one person doing all this.”

“With the publicity coming out here with the advertisement I’m hoping next year we’ll have another trailer,” Ramirez added. “Maybe we can bring more awareness early fall about Christmas trees for the elephants and ask people just to donate. I mean just don’t donate after Christmas, but just buy some to bring out here. Maybe we can get some organizations to make donations toward this program.”