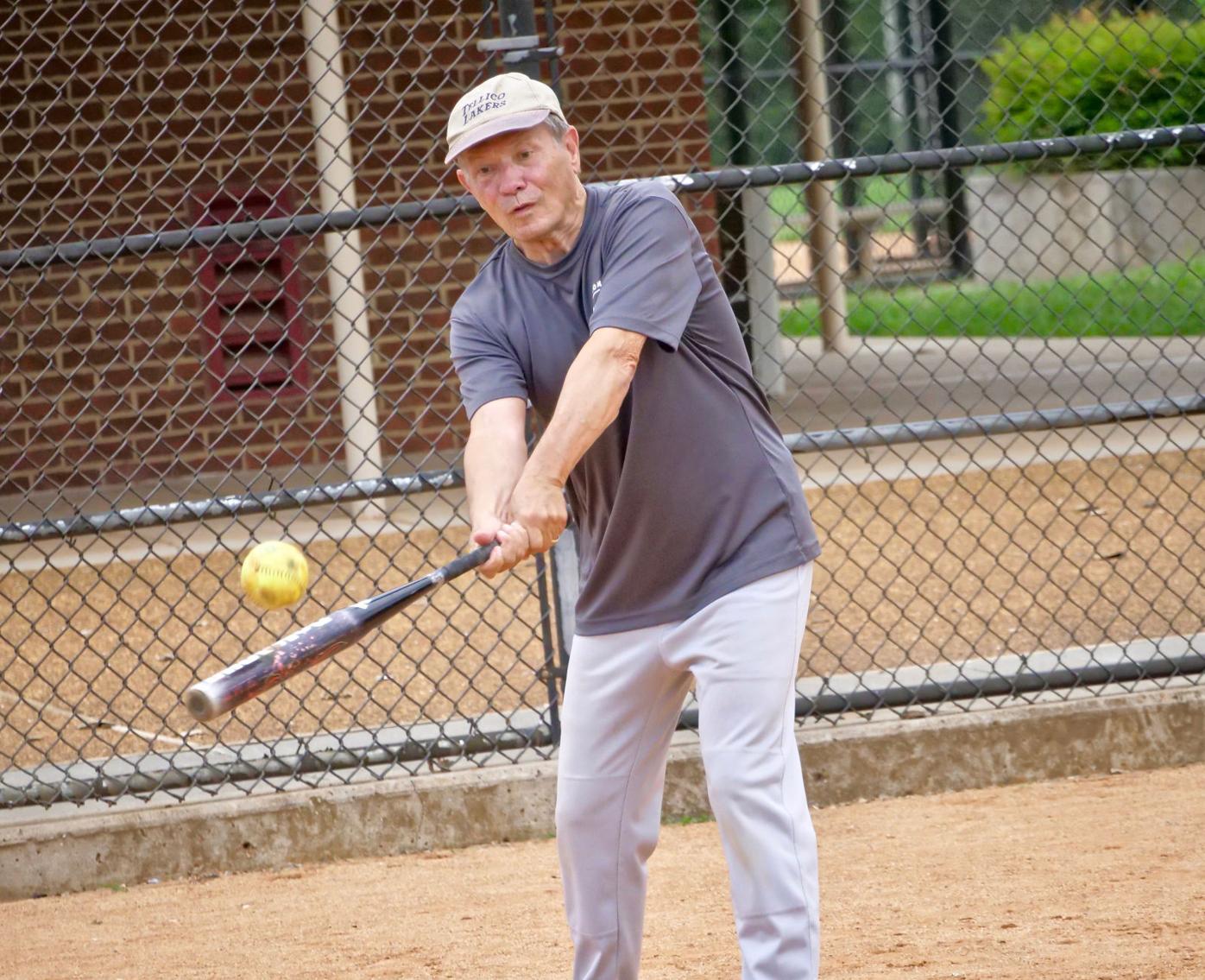 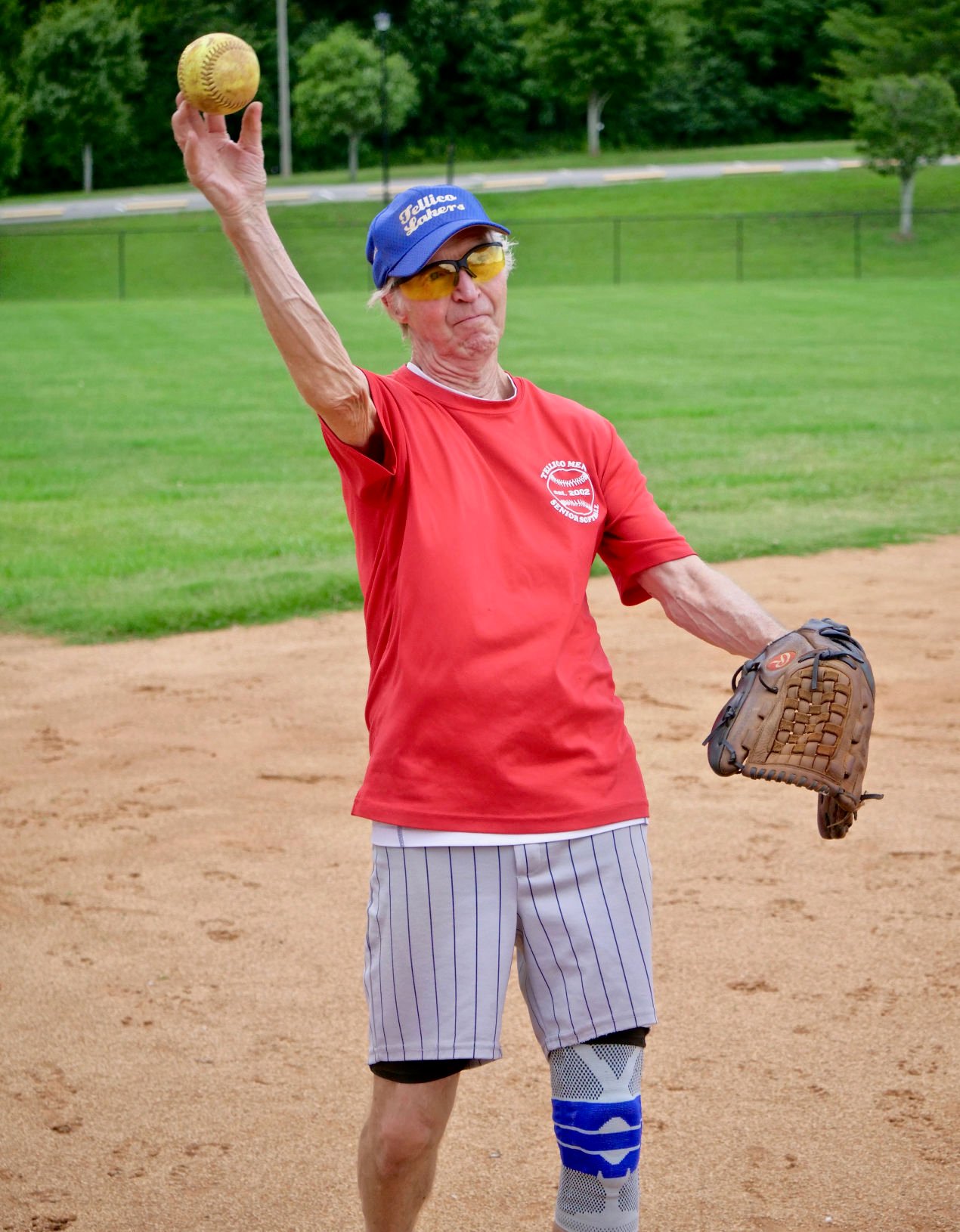 For nearly 20 years, men 55 years old and up from Tellico Village and surrounding communities have gathered in Loudon in the fall and spring to compete in the Tellico Men’s Senior Softball League.

The original four-team league was formed in 2002 by Bob Cherry, Norm Corda, Lynn Brinkley and Roger Stewart and continued to grow each year.

“The league started in 2002, and we’ve kept it in place for all those years,” John Hunter, league commissioner, said. “We had a little drop off there during the COVID last year and only had four teams, but now we’re back up to six. With all the people moving in this area, I think we can maintain that. It’s definitely recreational, and ability-wise we have the guys that play tournament ball and we have guys that just come out here to get away from their wives. It really works and everybody is pretty supportive.”

“It’s a fun, competitive league,” Chuck Giambrone, league coach, added. “It’s competitive, but we have a lot of fun out here. We laugh at each other.”

The league plays spring and fall at Loudon Municipal Park.

“We have around 60 or 70 guys, but it fluctuates. We try to get at least 12 on a team,” Hunter said. “We really need a little bit more than that to fill in for the injuries that occur in the senior leagues. We have a spring and fall season, and they’re both generally about 10 games. The spring season starts in March and ends just before Memorial Day, and then our fall season starts in mid-August with tryouts and practices and we’ll finish up about the first weekend of November. We’ll evaluate the players to put them on teams and keep them competitive.”

Players of all skill levels are welcome to join.

“We have guys that have continued playing since their teens and have continued on pretty much without an interruption in our play,” Hunter said. “The best pitch is just saying, ‘Hey, why don’t you just come out and try it?’ We have four or five practices before each of the seasons and we say, ‘Come on out, give it a try. If you don’t like it, no harm done.’ You’ll find it amazing that after a few practices, they seem to get their skill level back or at least to a point to where they feel comfortable playing. They come back, they start playing and turn into some good ball players here.”

“That’s the minority though because most people have taken a mid-career break with their family and jobs,” Giambrone added. “We played up until probably our 30s or 40s, and I know I didn’t pick it up until I was 60 again. We find a place for anyone that wants to play.”

Although most players are Tellico Village residents, the league is open to all men 55 and up from surrounding counties. Several players are from Rarity Bay, Lenoir City, Maryville, Knoxville and Sweetwater.

“Greg (Kroll) said it’s for everybody and that’s right because this is just not a Tellico Village league,” Bruce Rein, league coach, said. “This is for all men in Loudon County and surrounding counties. We’re a big group and we’re always trying to get players. There’s people from Sweetwater, Knoxville, Karns. A lot of people see Tellico and think it’s Tellico Village, but it’s not. The majority of the people are from Tellico, but we’ve also got people from Rarity Bay.”

In addition to competition, the league is an avenue to create friendships and exercise. At the end of every season, players enjoy group outings such as picnics and pizza parties.

“It’s about camaraderie and being with the guys again,” Greg Kroll, league coach, said. “It’s just fun being out with the guys again and being in a group together, and in this league you just have fun. Guys mess up and everybody’s trying their best and everybody’s trying to win because you keep score but if you don’t win, you still have a good time.”

A new player meeting for the fall season will be held at 11 a.m. Aug. 10 at Chota Recreation Center. All games will be played at noon Tuesdays beginning Sept. 7.