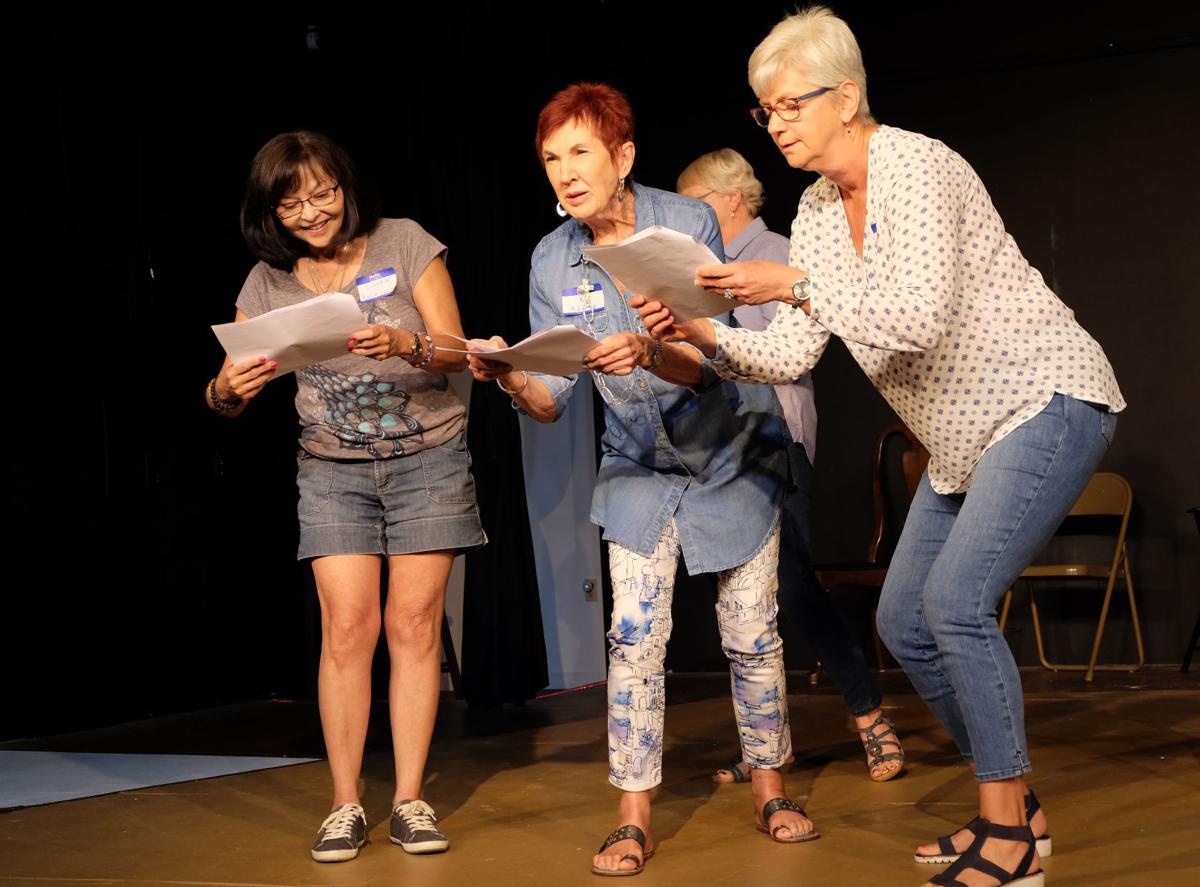 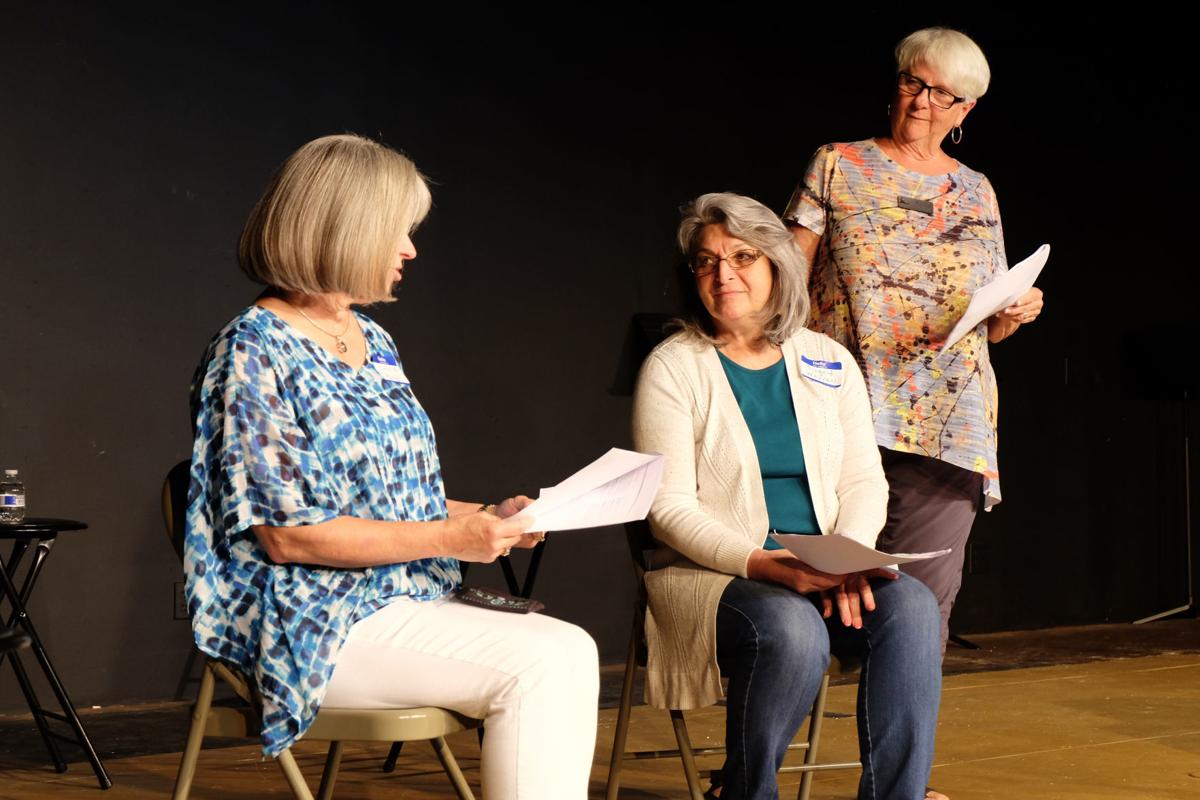 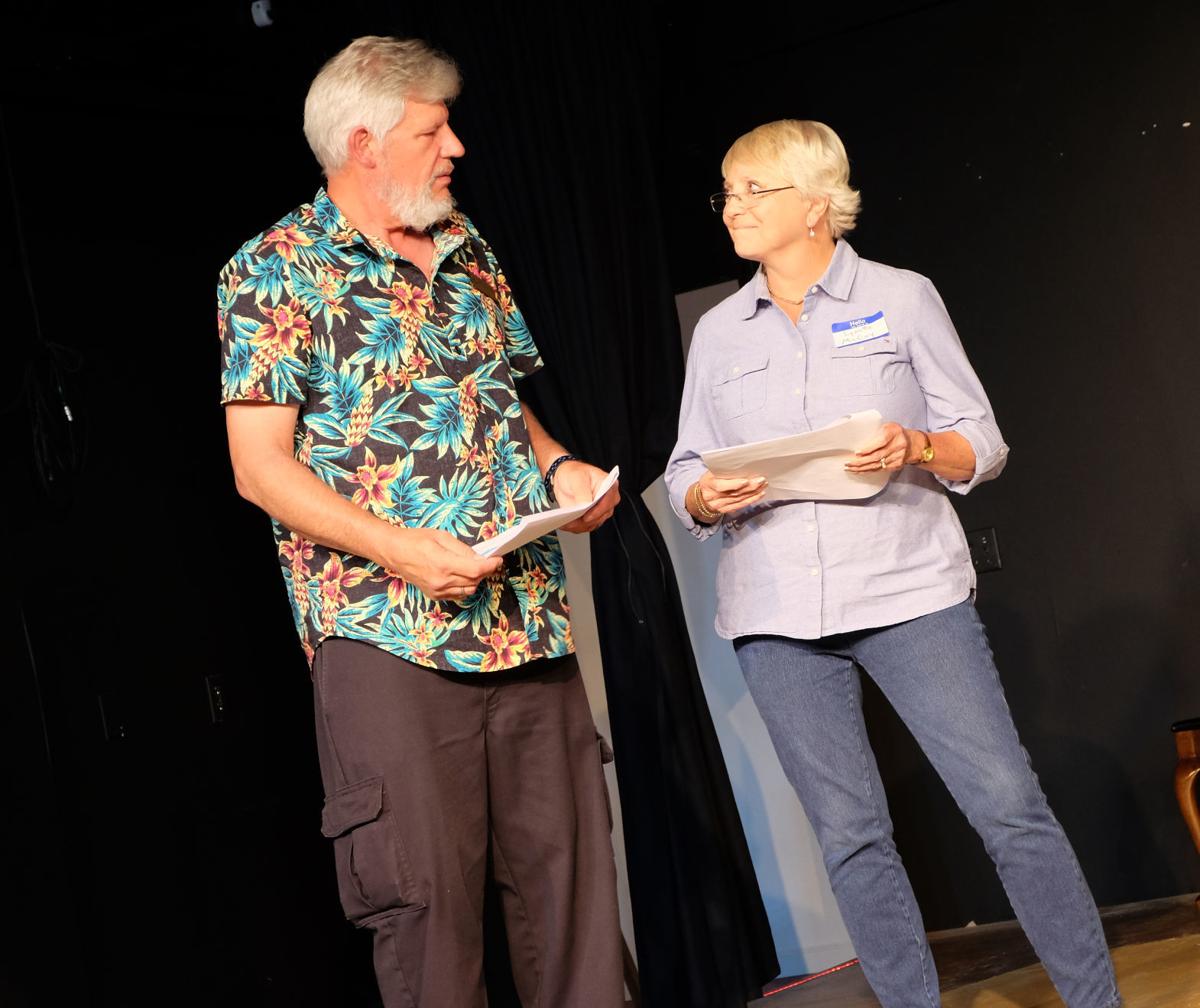 Saturday was busy at the Tellico Community Playhouse, where several people took the stage to try their hand at something new.

Tellico Community Players held its first actor workshop in hopes of drawing new talent that might be interested in future productions.

“We thought the event was a tremendous success,” Len Willis, TCP artistic director, said. “We had 31. When we started meeting, the committee said if we had anywhere from 10-15 we would be satisfied. It kind of proves the fact that we have people here in the Village that have talent and hopefully we can get their interest like we did today to join us in our festivities.”

At the end of the day, groups performed portions of plays for an audience of their peers.

“To see them performing and taking on roles of different characters — and being familiar with these plays to see how quickly they just caught on to their characters — even in this short amount of time they were expressing what we were hoping they would be able to do by the end of the day,” Debbie Mayberry, TCP member, said. “I was very pleased, very happy and excited. It’s always nice to find new talent and to realize that you can mold it and shape that talent and have a production here.”

Mayberry is a former drama teacher, and Saturday reminded her it’s never too late to take the stage for the first time.

“Age doesn’t matter,” she said. “Some people are afraid to start something new at this stage of their life, but I think today is proof you can always tap into that inner actor and find something that you can do — a way to express yourself that is really kind of cool.”

One of those first-timers was Linda Rasmussen, who enjoyed rehearsing with a director as her group prepared to perform.

“It’s something I’ve never done,” Rasmussen said. “I’ve never done any acting ever in my entire life. In Tellico Village it’s all about new beginnings and trying things, and I thought, ‘Why not?’

Quantify Fitness Announces No Contracts and We Don't Take Donations

Vaccinologist: Here's what worries me about Covid-19 trials

“My wife and I like to do things together, so this was an opportunity for us to just get out and enjoy ourselves and be part of the community,” he said. “... The fact that we can both be a part of the production events. I can help with the sound or the lighting or helping back stage, as well as getting up on stage and performing.”

Some had acted before, but not in a while. That was the case for Kathey DeBoer, who enjoyed mingling with cast members.

“When this came up, I said, ‘What a great opportunity to get to know the ins and outs of acting and what other parts you can get involved with as far as the lighting and the sound’,” DeBoer said. “We’re patrons of the Playhouse. There’s great talent here. I mean there really is. I’ve ushered a couple of times. We have season tickets. I just wanted to get a little more involved in it.”

“The turnout was wonderful. The enthusiasm, the talent. We’re just excited to find these folks,” Mayberry said. “We’ve got at least three shows coming up that we could use all of them in. ‘Glitter Girls’ is coming up, then we’re doing ‘Charlotte’s Web’ for the children — and that’s a whole different kind of way to act. Then the Christmas show has a huge cast. We need actors, and the way they turned out today I don’t think we’re going to have any problem.”

Willis was happy to see those attending enjoy the day and hopes any interested in acting have a better understanding of what it means to be part of a production.

“It raised our hopes. It made me think that we keep at it, and we’ll get the people that we would like to see involved,” Willis said. “We’re not doing this because we’re hurting for money. We pretty much sell out all of our shows or right at it. We just want the attendees, the patrons, to not see the same people on stage three or four times out of the five plays during the year. We want to have a wider variety of talent on stage.”