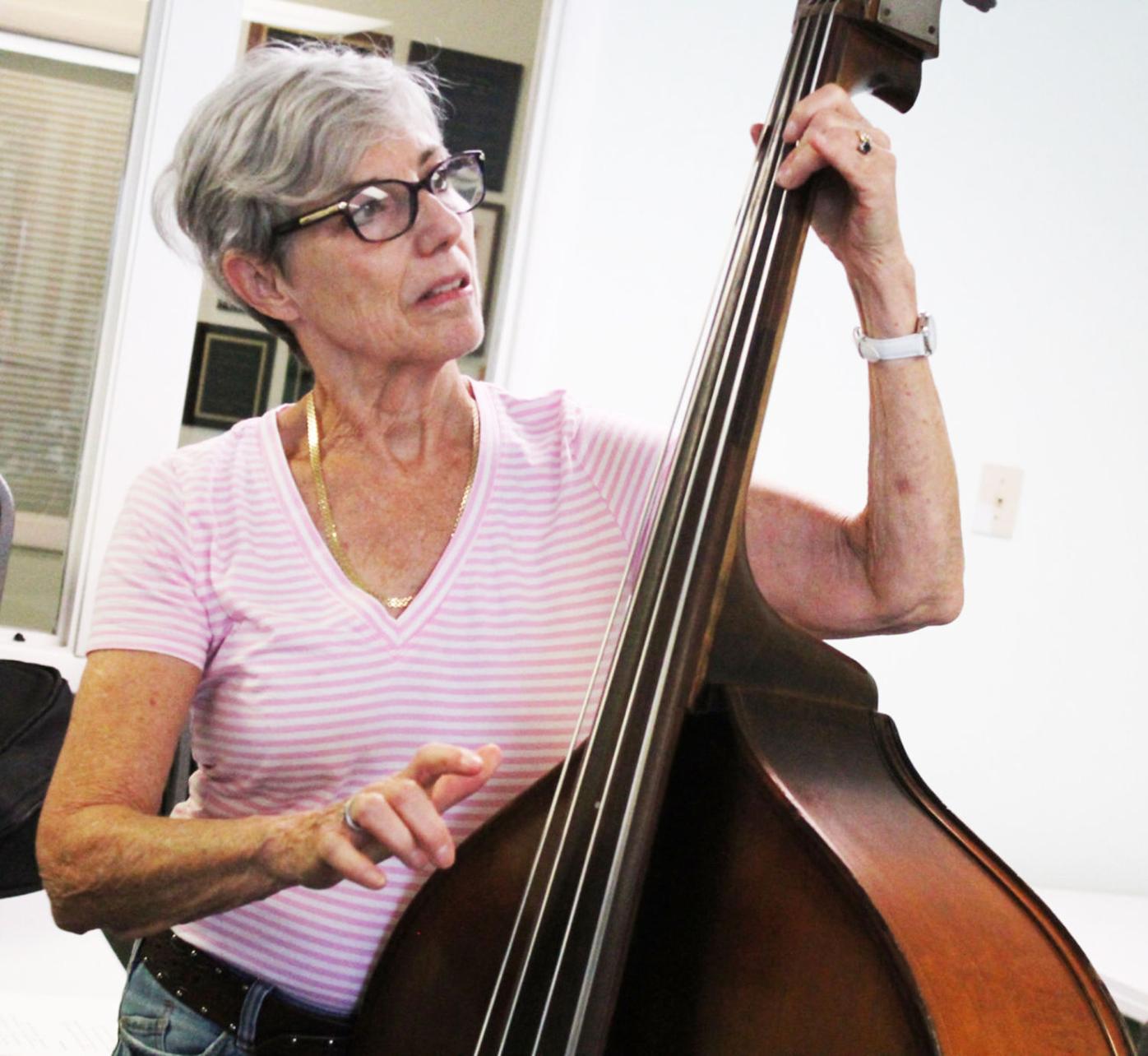 Emily Eastwick plucks the bass during a Bluegrass Jam at Chota Recreation Center. 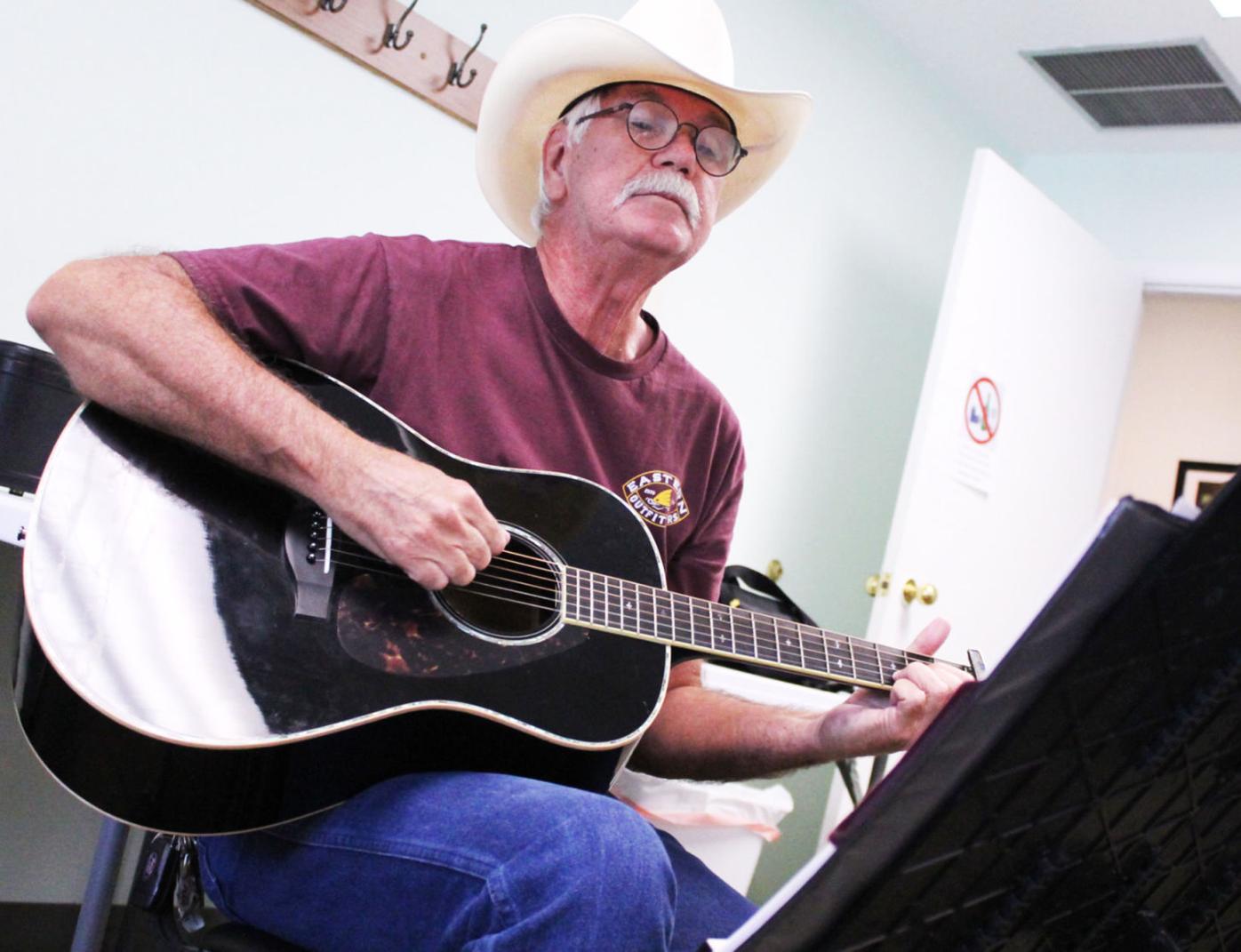 Pete Kennedy plays ‘Wild Side of Life’ during a Bluegrass Jam at Chota Recreation Center.

Emily Eastwick plucks the bass during a Bluegrass Jam at Chota Recreation Center.

Pete Kennedy plays ‘Wild Side of Life’ during a Bluegrass Jam at Chota Recreation Center.

After roughly a year off due to COVID-19, bluegrass music will again echo in Chota Recreation Center.

Bluegrass Jam, a small group of music lovers in the Village, met Oct. 6 for the first time since spring 2020, and group organizer Andy Hadjian was happy to see the gathering return.

“We felt things had settled down, everybody’s been vaccinated and we felt people would be comfortable coming back, not getting in each other’s face,” Hadjian said. “... It’s great to be back playing.”

Hadjian said the group’s glue over a decade has been the ability to attract newcomers, although there is a small core that’s been around for years.

“Anything, any kind of organization you need some new blood,” he said. “People move into the Village, they move out of the Village. We’ve had a core group of about four or five people that have kind of been with us through thick and thin. ... We’re doing all acoustic instruments — guitar, banjo, mandolin, fiddle.”

“We make plenty of mistakes; this is a very non-intimidating atmosphere,” Hadjian said. “... It’s multiplied many times over being in a group. You can only sit and play by yourself so long, especially bass.”

Chuck Carr, an intermediate bass player, visited for the first time after recently moving from California. He hoped to sit back and get a feel for the group.

“Just to investigate and see what the guys are up to and I’m interested in jamming in the Village to keep my chops up and just have fun,” Carr said. “It’s a blast. Music just gets in you and you don’t want to leave it. I left all my playing partners back in the West.”

Carr said playing music with others is a perfect way to entertain anyone.

“I don’t think a person can actually feel better than when he’s making music with people that he likes,” he said. “Now, if you know anything about band land, a lot of people in bands don’t get along, but most of the bluegrass guys do. It’s a funny, funny dynamic, but bluegrass guys they just — there’s no egos, it’s all fun and they play for nothing and enjoy it.”

“I think music keeps your mind sharp as you get older,” Hadjian added. “It’s fun to exchange ideas, see what other people are playing.”

For about three years, Pete Kennedy has brought an acoustic guitar after a recommendation by his significant other, Gail Henn.

He said he loves playing in small jams, and he plays in several places other than Tellico Village.

“I like these kind of things, parts of songs that have breaks in them that a banjo player can fill in a break or a mandolin player or any other instrument can fill in a guitar break and it just adds a little flavor to it,” Kennedy said.

Bluegrass Jam meets 4-6 p.m. the first and third Wednesday of each month at Chota Recreation Center.