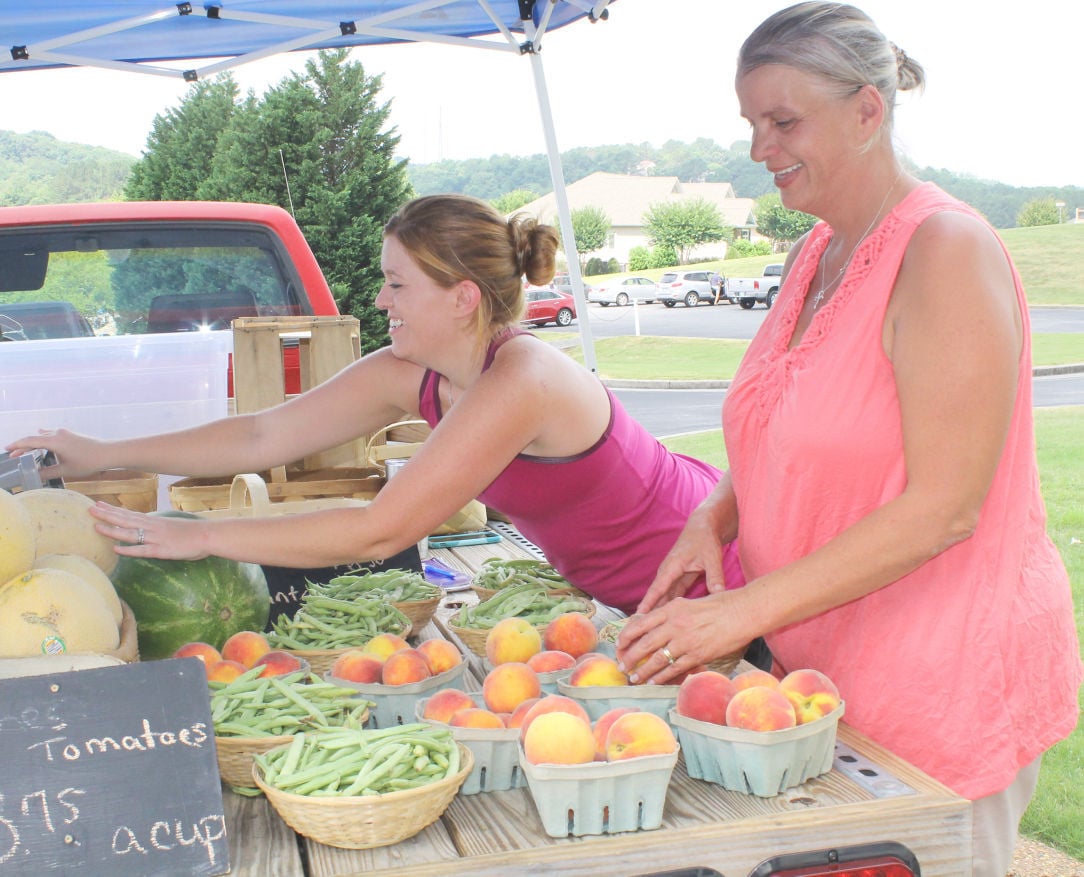 Chelsie Foxx, left, and her mother, Tina Collis, from Jiffy Park Produce in Loudon, prepare for the last hour of selling at the Tellico Village farmer’s market. 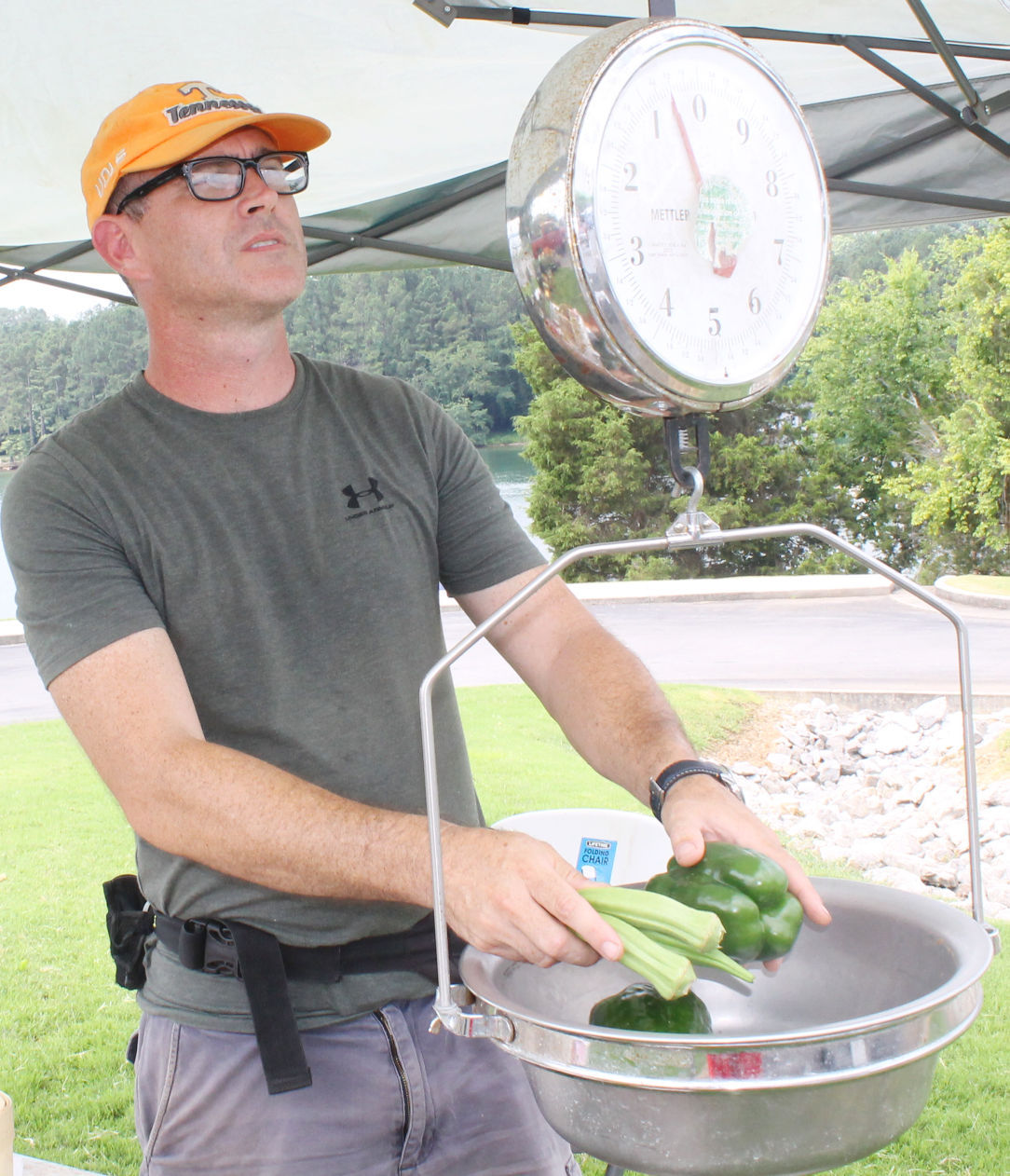 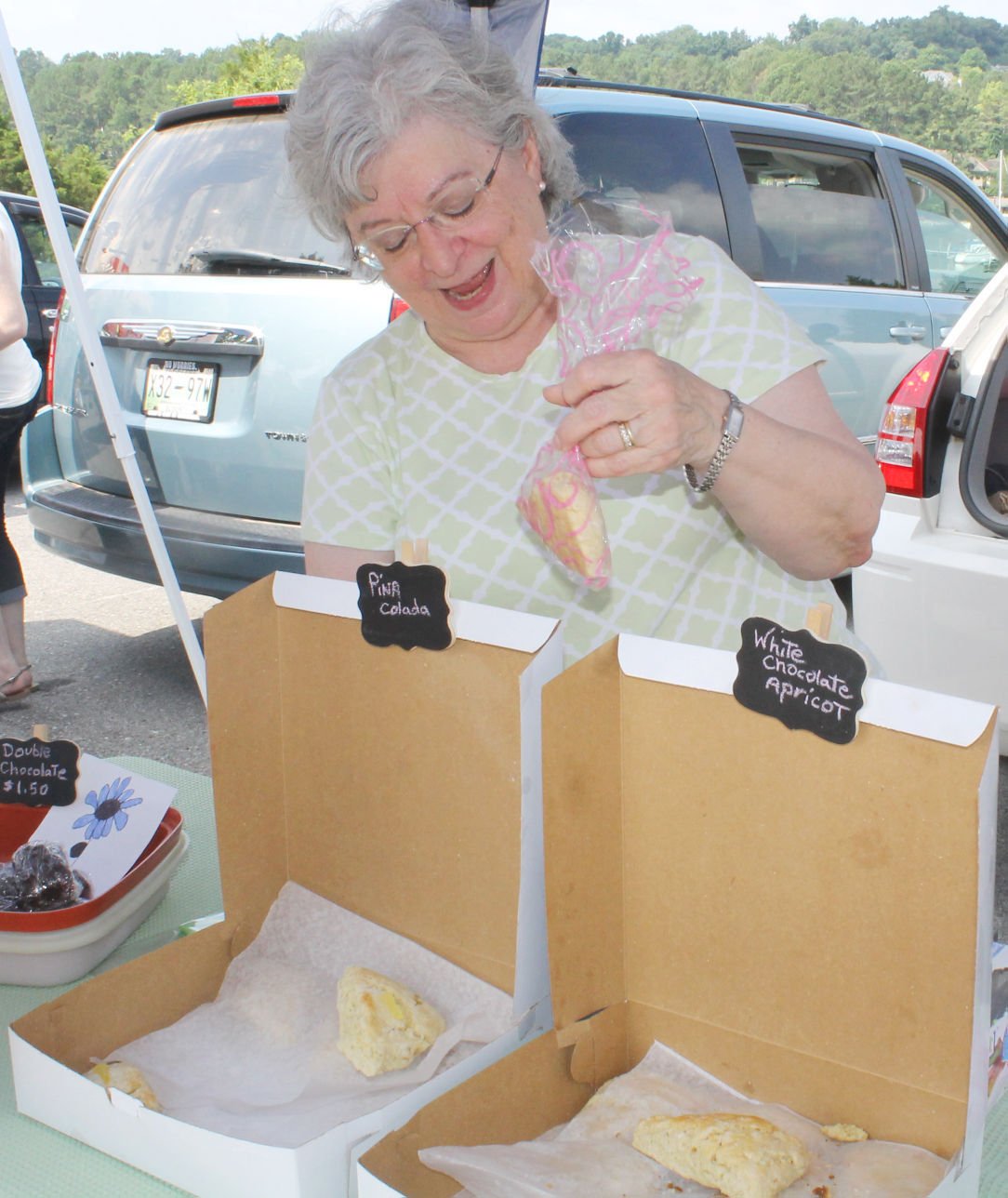 Tellico Village resident Karen Howell, with The Traveling Tea Cup, packages scones for a customer at the farmer’s market. 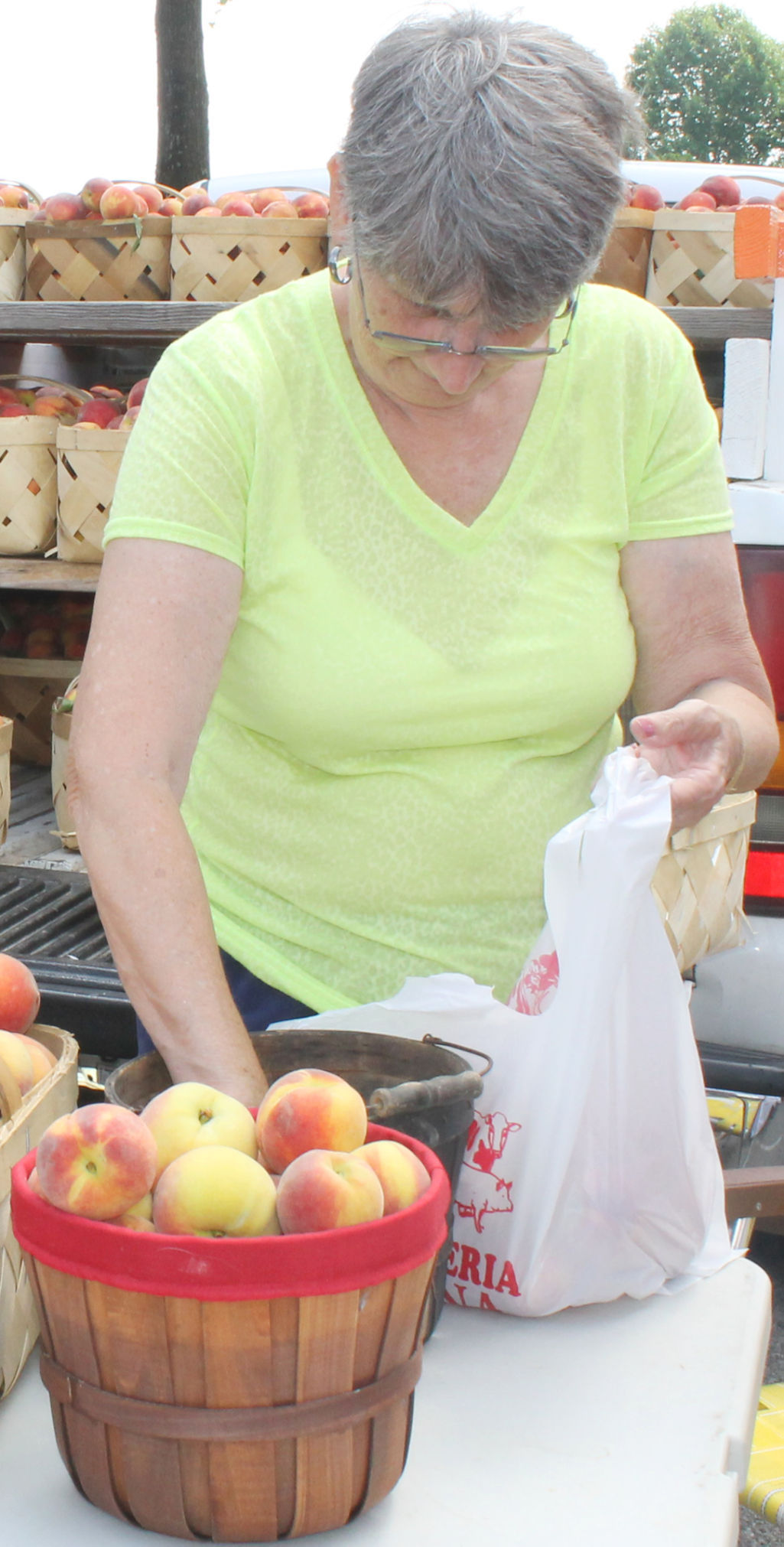 Chelsie Foxx, left, and her mother, Tina Collis, from Jiffy Park Produce in Loudon, prepare for the last hour of selling at the Tellico Village farmer’s market.

Tellico Village resident Karen Howell, with The Traveling Tea Cup, packages scones for a customer at the farmer’s market.

Since starting in May, the Tellico Village farmer’s market has grown to include 28 vendors, and participating business owners said in recent weeks the market has brought more foot traffic and higher sales.

“This is the first year it’s weekly, and it’s been great,” Linnea Elliott, farmer’s market coordinator and administrative assistant at the Yacht Club, said.

“We’ve always had our regular ones right from the beginning like the produce people. As far as the others who are contributing, the key is to be consistent.

“It’s every week and the people are depending on them being there,” she added. “They get excited because the more vendors we have, the more variety there is, which brings out more people. I’m excited to see it go into the overflow parking soon.”

One vendor, Tellico Village resident Karen Howell with The Traveling Tea Cup, serves English-style tea for all occasions and learned how to make scones after working in tea rooms throughout England.

“I befriended people who made scones,” Howell said. “When I came back from England five years later, I didn’t have any intention of going back into catering. Now I do tea once a month at Rarity Bay every second Saturday. Our next tea will be a Victorian picnic tea.

“What I love about the tea is that people communicate eyeball to eyeball,” Howell added. “It’s bringing that communication back.”

Tina Collis and her daughter, Chelsie Foxx, from Jiffy Park Produce in Loudon, said they sold out of tomatoes and corn before closing at noon Wednesday at the Village farmer’s market.

“The last couple of times we’ve been here, we’ve done better probably because there’s more vendors,” Collis said. “We sell a big variety. Last week our top sellers were watermelons and peaches. Each week is something different, but corn is always a big seller.”

Dustin Schrimpsher, with Field of Daffodils Nursery & Garden in Lenoir City, said he and his father were excited to learn that the farmer’s market is taking place every week this year.

“It’s been a great turnout,” Schrimpsher said. “We attended the last half of the season last year.

“People are more aware of it,” he added. “Having it every week has made it a staple in everybody’s weekly routine. It’s a beautiful community where the breeze comes off the water and takes the edge off a bit.”

Jim Greek, who coordinates tasting room activities at Tsali Notch Vineyard in Madisonville, said he has noticed a difference in this year’s attendance.

“It’s grown from seven to eight vendors to this,” Greek said. “Of course, I’m here to focus on sales, but also for promotions. There’s lots of folks who haven’t heard of us. It’s fair to say it’s 50 percent sales and 50 percent advertising.”

Since the vendors increased, Greek said he has seen more participants.

“It brings more folks in, and there seems to be a lot more variety of vendors now,” Greek added. “That also makes it fun since there’s now jewelry and a cane man over there.”

A couple vendors from the Authors Guild of Tennessee set up tables to sell books.

Although she “loves” Tennessee, Campos said she can’t write authentically as a Tennessee native, so she writes about Louisiana.

Sweetwater residents Roy and Sue Buddy said they are able to sell peaches they get from South Carolina.

“We just enjoy talking to the different people coming through,” Sue said.

“You wouldn’t believe the phone calls we get from people asking for peaches,” Roy added.