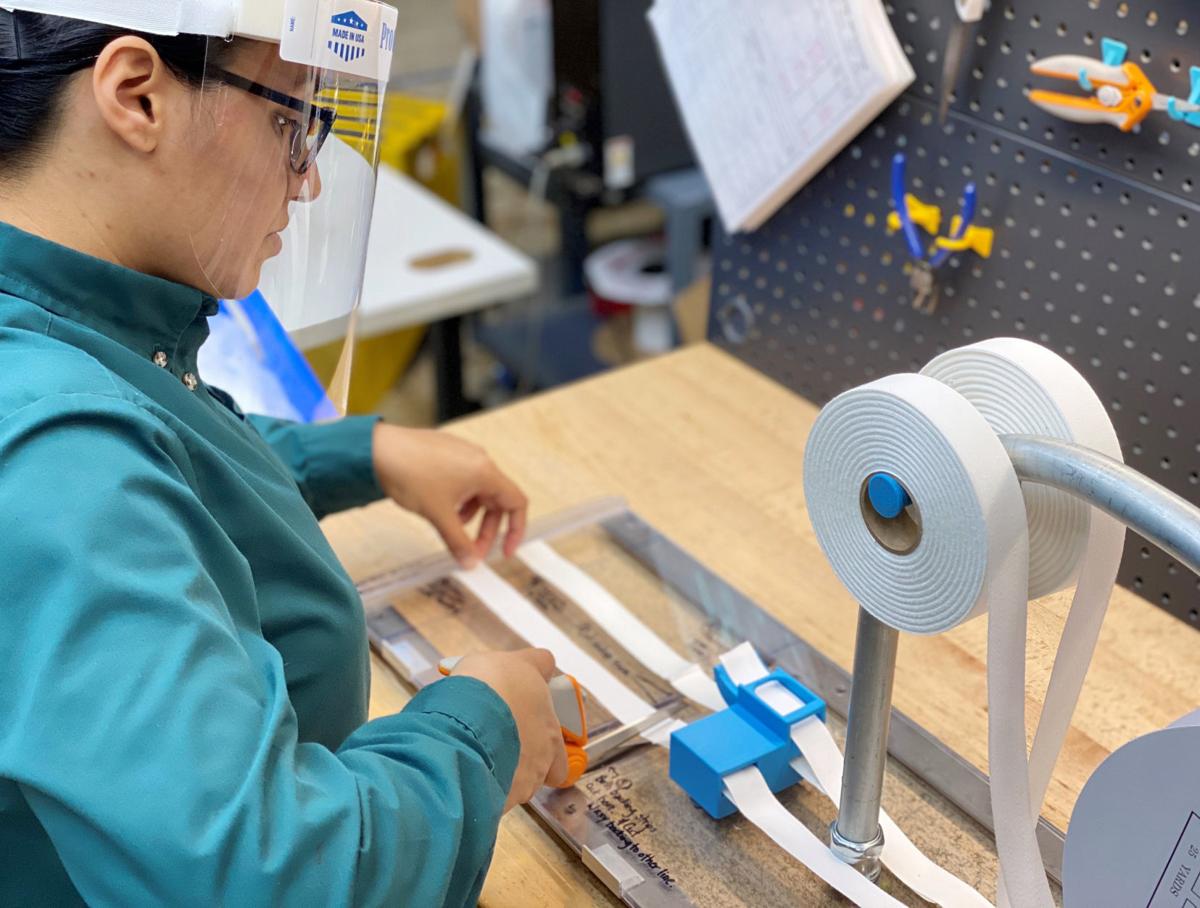 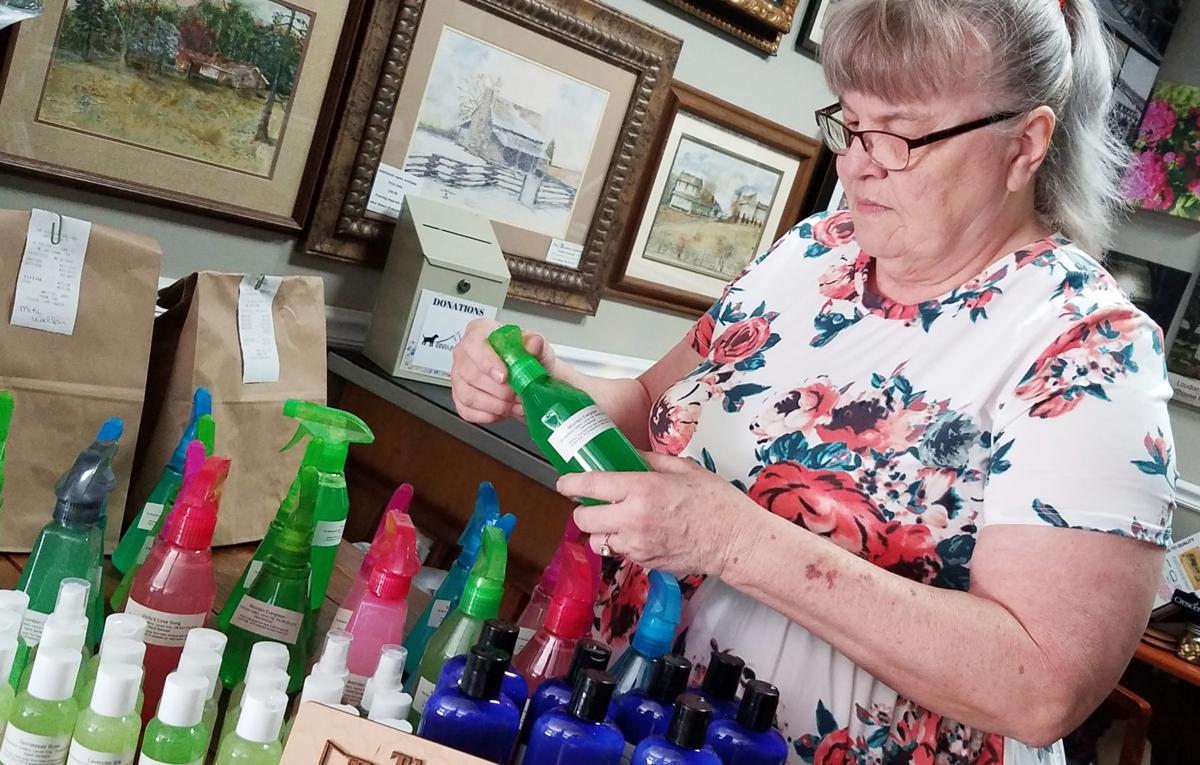 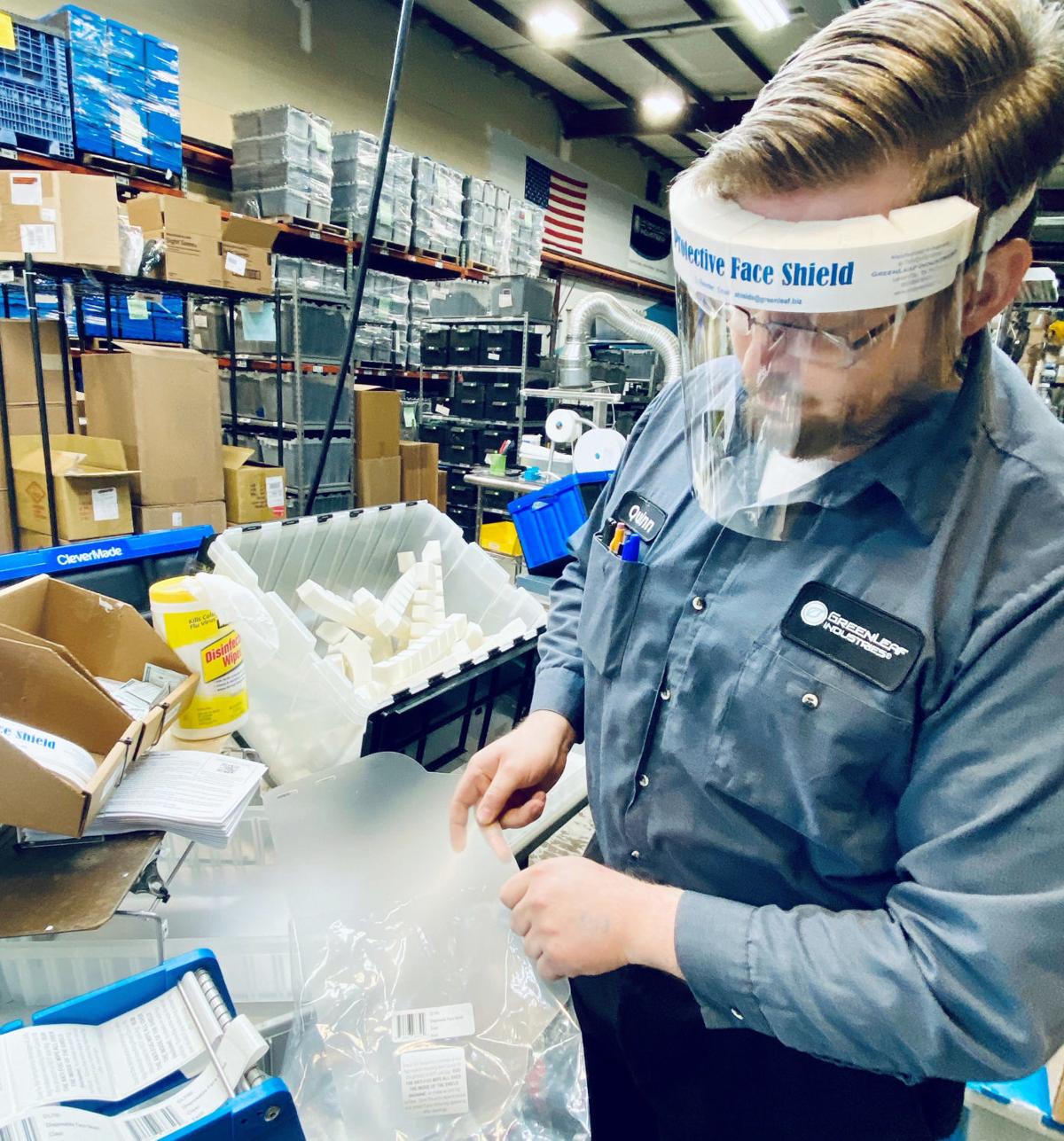 While COVID-19 halted many businesses, some are working to stay afloat during unknown times.

The company has now shifted focus to plastic face shields and brought back some of its employees.

“We started looking around to figure out how we wanted to make something to get our people back to work, but we wanted to do something that was impactful because we kind of saw this as an opportunity to really help the community in a one-to-one person way,” Elizabeth Johnson, GreenLeaf chief operating officer, said. “We’re a B2B business, so we sell business to business, so we rarely get to see the end user. I mean we have people driving up here, and we’re doing curbside service. It’s a really new thing for us, but we really enjoy seeing the end user’s face.”

Since initially offering the service, which has been in place a couple of weeks, Johnson said GreenLeaf has worked to create awareness.

“Recruiting family members to kind of get our initial inventory built and bringing in some of our better assemblers, we’ve got some great assemblers, so let’s get them in here,” Johnson said. “They made these strap assemblies and did the holes and made the kits — they did the kits as well. So we were able to get four of our employees back to work like that.”

In addition to curbside service, GreenLeaf is working to get the masks in the hands of first responders in Loudon County. Representatives have also reached out to Fort Loudoun Medical Center, Johnson said.

“We’re talking to an ambulance company right now, so they have a real need for these face shields and they want a more economical one,” Johnson said. “… They want a quick and dirty one-time use one. So they want to be able throw it on, wear it for 30 minutes, take it off and throw it in the biohazard waste bucket. So we’re going to be expanding to different levels of quality and volume.

“... I mean you’ve got your ambulance workers and your physicians and your nurses and all the folks there that are trying to treat sick patients, and they didn’t have what they needed to stay safe,” she added.

A temporary way to get GreenLeaf employees back to work could become a full-time effort. Johnson said hopes are to continue the masks and possibly expand once the company is again fully operational.

“The demand for protective gear is at a critical level right now,” Lawrence Segrest, GreenLeaf chief executive officer, said in a release. “Knowing we can make a difference by offering a quality product that can also save lives makes me feel good.”

Evelyn Murphy, The Backdoor Gallery owner, has been making hand sanitizer for years, but it wasn’t until more recently she ramped up production.

She described her kitchen as an assembly line with help from her husband.

During the past month she has made a little more than 1,000 bottles.

“It’s something we need right now,” Murphy said. “The community needs help in the recovery of this virus, so I thought it would be a good thing to go ahead and do it. My kitchen has turned into a manufacturing warehouse now. I probably have the cleanest kitchen in Loudon County because I have all the sanitizer and alcohol and everything.”

For now, it’s keeping her store afloat while non-essential businesses are shut down. At times she ships orders outside the state.

“It’s not paying the bills, but it’s helping for us to continue on,” Murphy said. “Once this is over hopefully everybody will start shopping again. ... I mean no one’s coming in, which my hours have been cut, and the only reason I am open is because this is essential right now to help with the curve, help keep people safe, and but as far as shopping, no, no one’s coming in, no one’s shopping. I have sold a few things online, but no one’s coming in the door.”