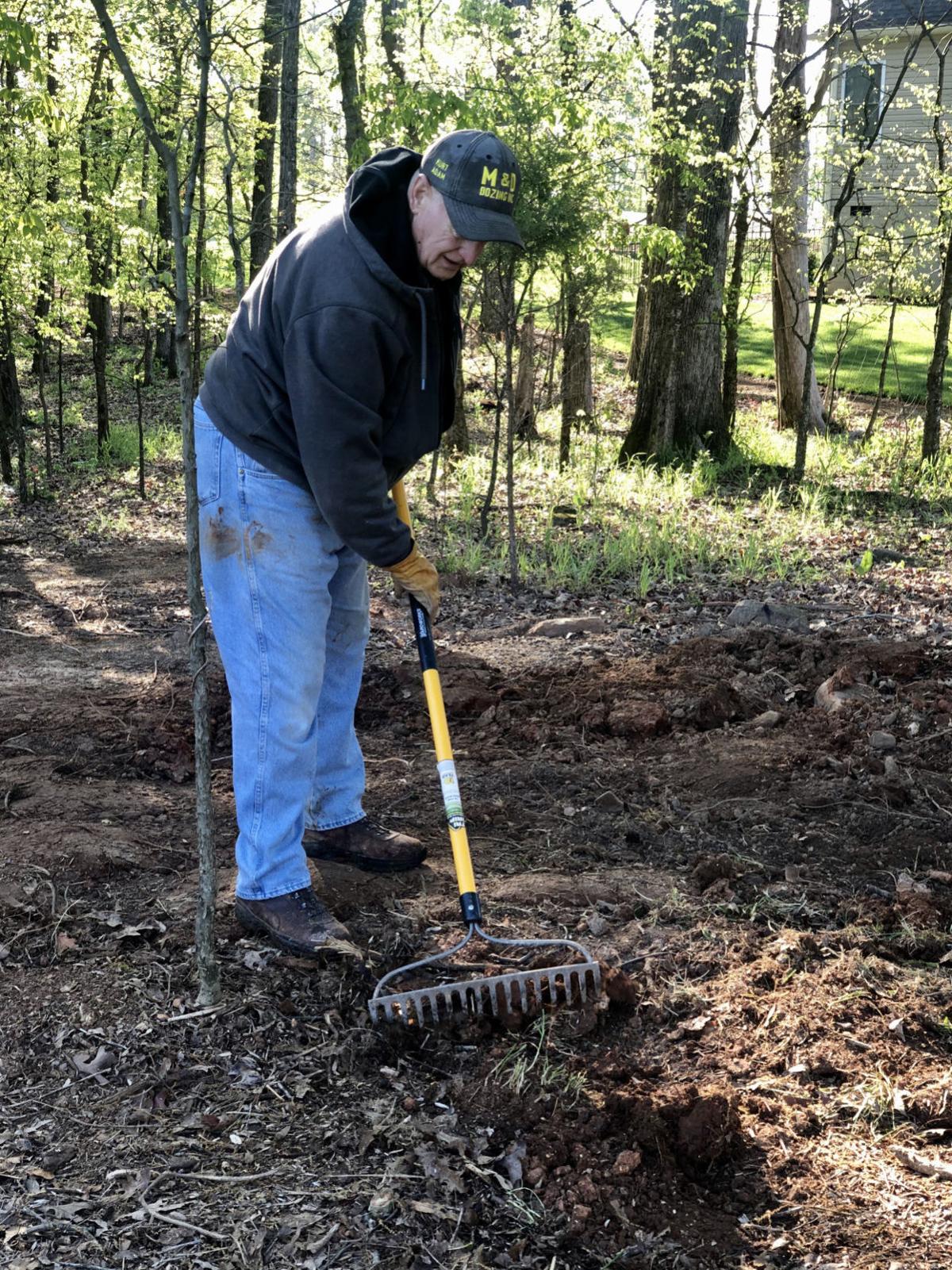 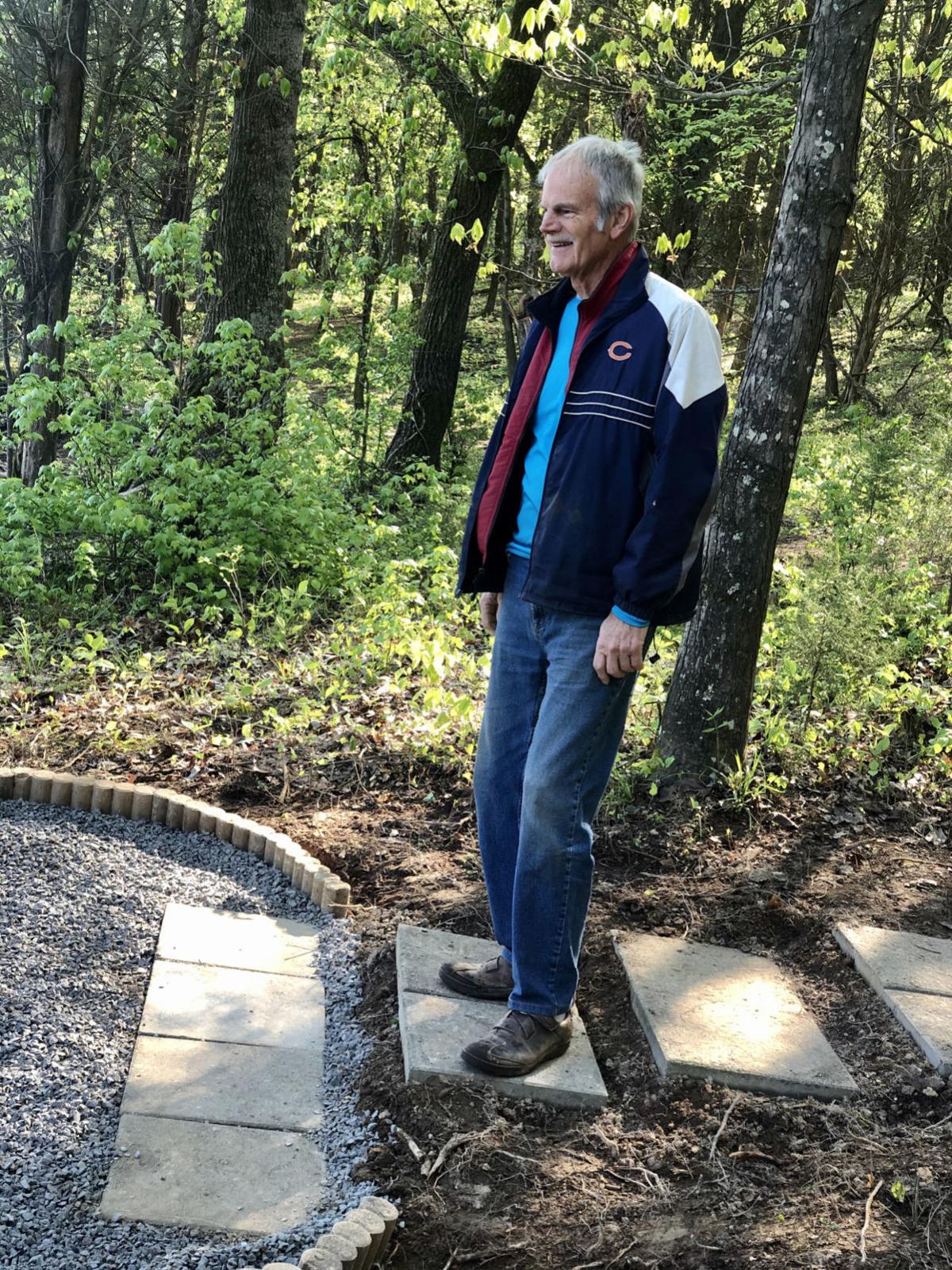 The coronavirus pandemic has forced changes in the everyday lives of millions across the country, but some Tellico Village homeowners are making the best of the situation by getting outdoors and spending quality time enjoying the scenic beauty in the community.

That effort is ongoing as members of Public Works and other volunteers continue to create beautiful trails for homeowners to enjoy.

“One of the main things right now with the spring is there’s all kinds of maintenance to do on the trails, so the timing of us being shut down and having time to focus on it, that part has been helpful because there’s all kinds of trees that need to come down,” Simon Bradbury, Tellico Village Property Owners Association recreation director, said. “From all the fall rains, there’s washout on all the trails that we need to repair.”

Some of the latest projects include the construction of pocket parks, with one of the newest at The Links at Kahite.

“We’ve made several pocket parks, which are little areas that were snaggly, invasive trees and kind of an eyesore places to look at that were common property,” Bradbury said. “Gary (Mulliner) and his crew up in Kahite created some pocket parks where people can go and just have a little solitude in a park, and it also increases the look of how the neighborhood looks when you first come in, you know, a first impression. They’ve built them and maintain them, and that’s part of what I’m trying to do overall.”

When Gary Mulliner moved into Kahite more than a decade ago, he felt there was a need for walking trails and small parks within the community. He eventually became the mastermind behind creating the trails and pocket parks in Tellico Village.

“When we bought our home, the plot for Kahite showed a bunch of working trails, and it was a sales ploy by Cooper (Communities Inc.) and when we got here, there were no trails,” Mulliner said. “We went to the POA to build trails, so they sent out a surveyor and told us where we could go, so we started building trails. The main trail in Kahite we built. Most of the guys got tired of building trails, and so I just kept building trails on my own. I did that for, I don’t know, probably another eight or nine years.”

Mulliner soon formed a group of volunteers known as the Kahite Chain Gang with him being appropriately nicknamed “The Warden.” Mulliner’s group now tries to help in other ways, such as building small bridges for parks or kayak ramps.

He helped kickstart another trailblazing group in Toqua several years ago.

“When Simon was hired by the POA, he asked if we would help over by the Wellness Center, and so the guys were willing to do that,” he said. “We would have anywhere from five to 10 guys come over, and we’d work once a week putting in about three hours. Recently, we started working on these pocket parks. Along the way, I’ve built probably eight or nine or 10 bridges. In fact, I finished a new one (Sunday), and Simon asked us what we knew about building kayak ramps, so we finished building another kayak ramp (Sunday) down at Tugaloo, so we’re kind of branching out a little bit.”

The Kahite Chain Gang recently added two more walking trails and a pocket park in Kahite but have also helped expand a trail in Toqua.

Public works employees and volunteers have remained busy over the last month to beautify the overall green space as part of Bradbury’s strategic plan.

“When this situation hit us, it gave us an opportunity because people wanted to get out and do things, and you can work on trails by social distancing,” Bradbury said. “It’s given productive things for our Villagers to do, and what’s really nice about it is when you have a bad situation, having something good come out of it is always helpful. It gives people hope because people have been all over these trails now. Everybody I run into is like, ‘We’re so glad we’ve got these. Who knew we were going to use this more than we have?’ That’s what everybody’s doing now.”